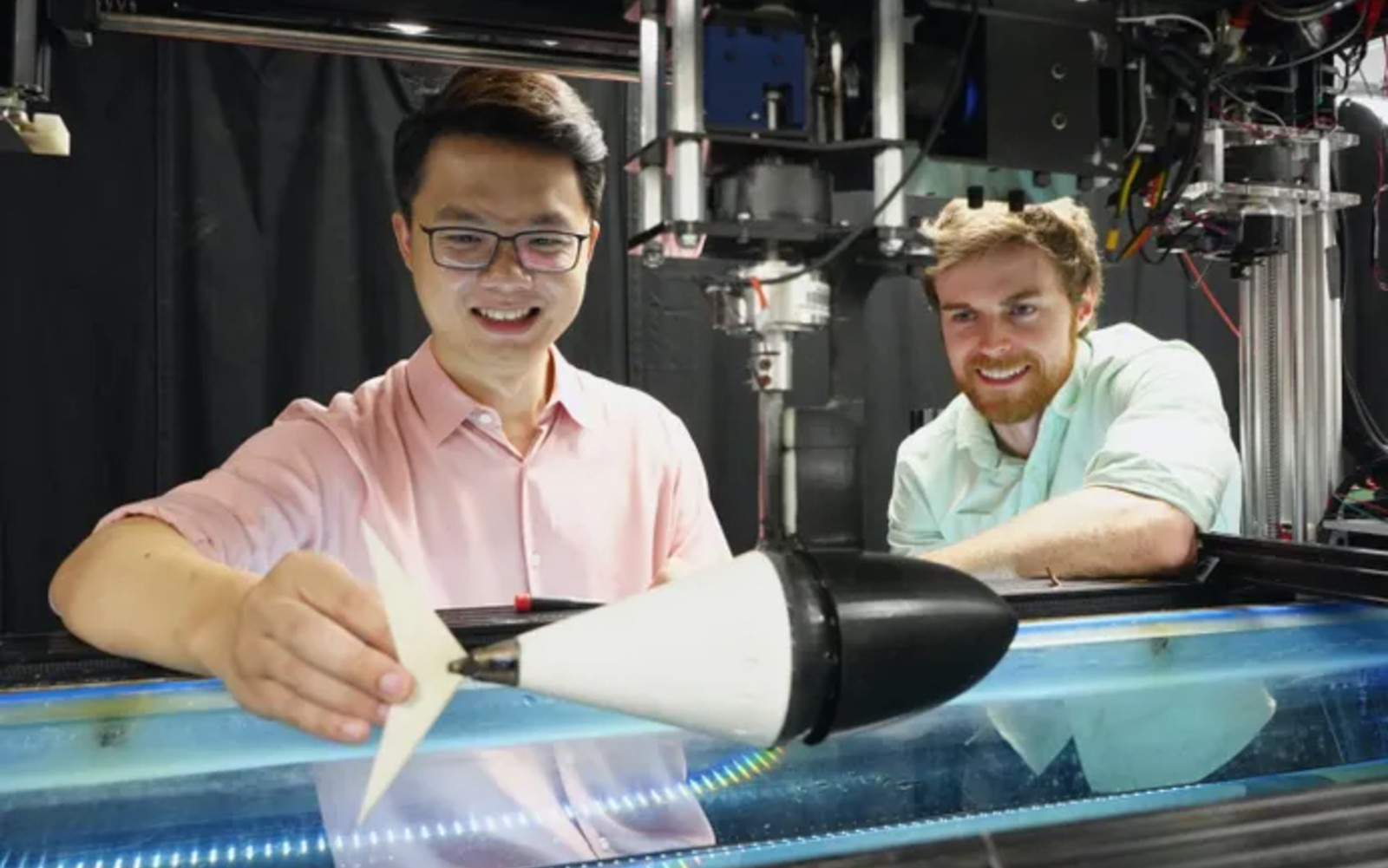 Robots that can swim underwater are nothing new. For example, earlier this year Carnegie Mellon outfitted its famous Snakebot with turbines and engines to give it water capabilities. But few can do so with the grace, speed, and ease of a real fish. And it’s not that scientists have avoided developing a robot that can do just that, but the precise way fish swim faster or slower has proven elusive.

Marine biologists have known for some time that the secret lies somewhere in how to alter the stiffness of their tails. The problem is that it is difficult to measure this while a fish is swimming. However, researchers at the University of Virginia say they used a combination of fluid dynamics and biomechanics to derive a formula that not only provides an answer to that question, but also enables a robot with a specially designed tail to be almost as good as he. natural counterpart when accelerating and decelerating in water.

When they applied the formula to a tuna-like robot they built, they found that it could swim at a greater variety of speeds and used almost half as much energy as a robot with a fixed-stiff tail. If you are a cyclist you will love this analogy. “Having rear stiffness is like having a gear ratio on a bicycle,” Dan Quinn, one of the study’s co-authors, told Big Think. “You would only be efficient at one speed. It would be like cycling through San Francisco on a fixed gear bike; after a few blocks you would be exhausted.”

With a tuna-sized machine in their luggage, the University of Virginia team plans to scale their tail technology for use on both larger and smaller robots. They also develop one that curls like a stingray. Your work could one day lead to a class of drones that can travel quickly to a remote location and then slow down to survey the area. Like a water snake bot, the navy could use it to inspect its ships for damage.