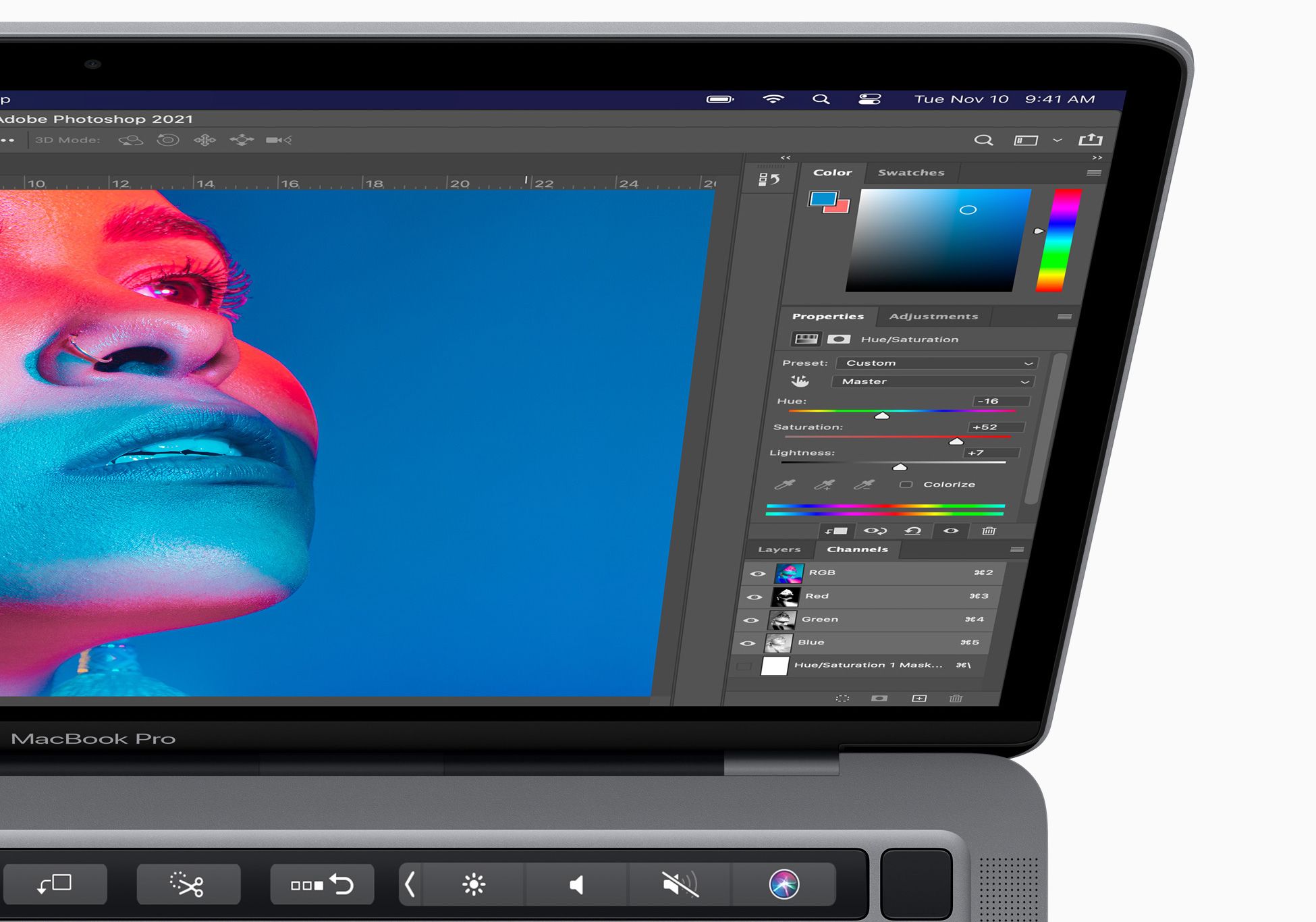 Ever since Apple’s M1 Macs ditched the Intel chips to their own devices, they have been getting constantly optimized apps that tend to perform better than those broadcast via the Rosetta 2 emulator. Today marks another important native release as Photoshop has officially moved out of beta and offers faster speeds for many tasks. According to Adobe, the changes should be immediately noticeable from the moment the native app launches, and the splash screen disappears instantly. Overall, the new Mac app can perform tasks up to 1.5 times faster than previous generation systems. In general, this should be true when opening and saving files, running filters, and computationally intensive operations like “content-aware fill” and “select subject”.

However, some of Photoshop’s newest features have yet to make the leap as Adobe wanted to get the native app out as soon as possible. So you have to wait for things like “invitation to edit cloud documents” and “preset sync” – or you can switch back to Rosetta 2 emulation if you can do without them. Adobe has been quick to adopt Apple’s latest Macs and has already released its Premiere Pro and Lightroom apps for the new line of products.

In addition to the new M1 app, Adobe is also releasing an update for Photoshop on the iPad that includes two new functions. These include the version history of cloud documents, which allows you to browse and restore older files that were automatically saved in the last 60 days, as well as the ability to download cloud documents locally so that you can work on files offline. The same feature also allows you to free up space on your iPad by just creating a document online.

Adobe is also adding a “Super Resolution” feature to the Camera Raw plug-in in Photoshop. With a tap on your graphics card, machine learning software allows you to scale an image without losing quality. Super Resolution will soon also be available for Lightroom and Lightroom Classic. Adobe has provided AI-enhanced functionality in Photoshop, including a tool that lets you freshen up landscape images, neural filters that mimic art styles, and an option to replace the sky.