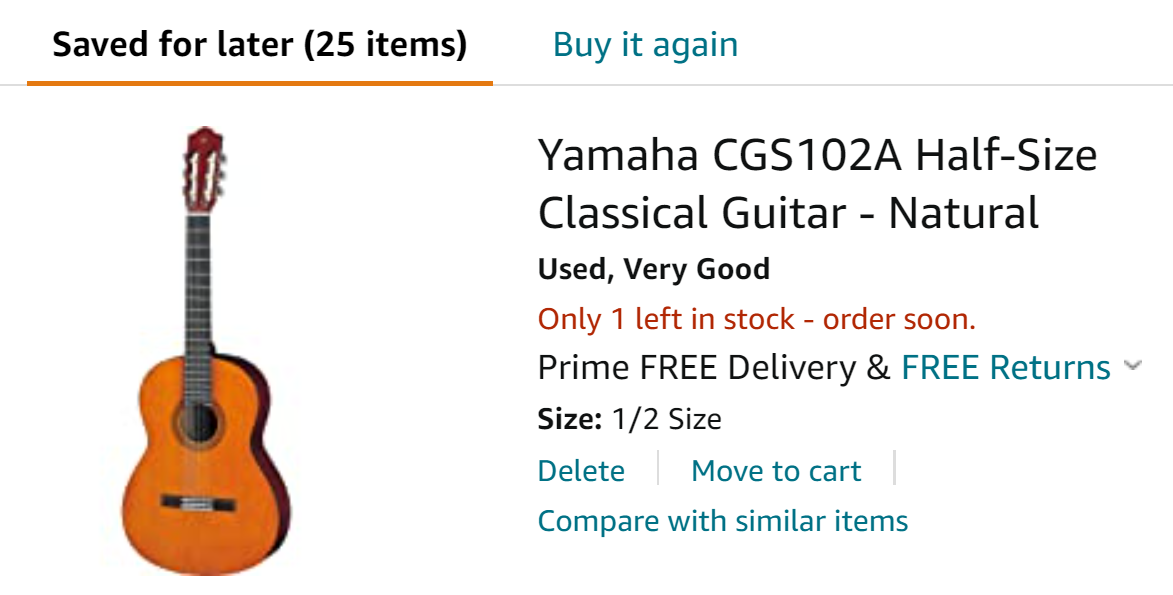 An option to move items to a customer’s wish list has long been shown in the Saved for Later section on Amazon.com, but the company is experimenting with removing it, as it lacks here.

Some eagle-eyed Amazon customers have seen a change in the options available in their “Saved for Later” lists, and we can confirm they are not fooling themselves.

For some users, some platforms no longer have the ability to move an item directly from the “Saved for Later” list to a customer’s wish list, which has long been an option on Amazon.com.

A Reddit user on the Amazon Prime subreddit posted via the disappearing wishlist link this week, and GeekWire has confirmed that the company is actually testing a change in its approach.

“Amazon is constantly experimenting to improve our customer experience,” said a company spokesman when we asked.

The exact nature of this potential improvement for customers is not clear, but a potential benefit for Amazon would be to keep track of the items you want when you check out, potentially increasing the chances of someone adding them to an order. The “Saved for Later” queue is visible at the bottom of the shopping cart, while the wish list is accessed separately.

Customers can still add items to a public or private wishlist from a product page.

As with all experiments, it’s not clear if this will persist, and as noted in the Reddit thread, the option was still available to some users on some platforms earlier this week.