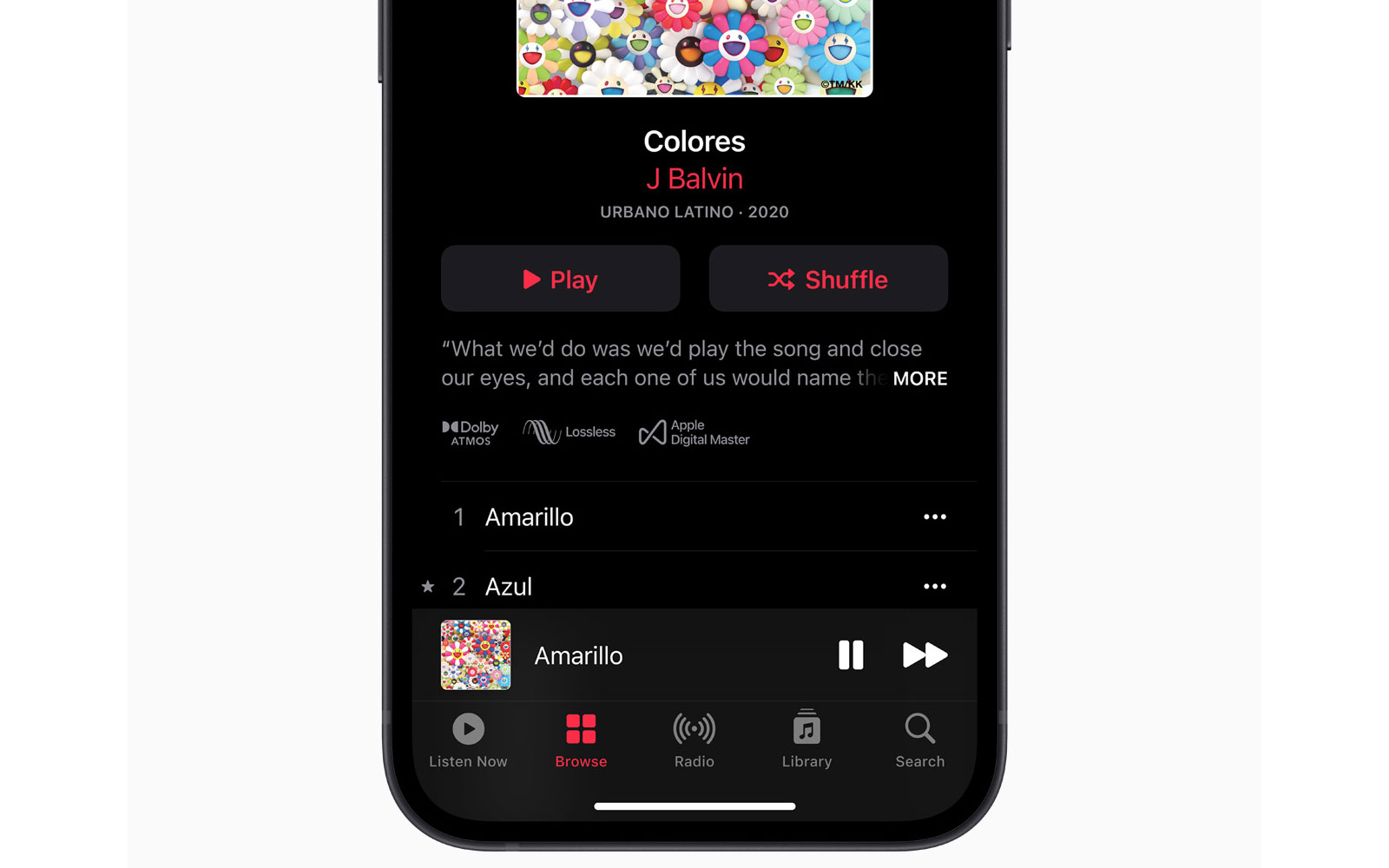 After hints in iOS 14.6 beta code and Apple Music for Android and a deliberate test by the company, Apple has officially announced spatial audio with Dolby Atmos and lossless streaming. After all the hints and rumors, two new high quality music options are available through the streaming service. Best of all, Apple Music subscribers can access both at no additional cost when they come to the service next month.

Apple’s AirPods Max come with spatial audio, but the headphones only work well with your iPhone, iPad, or Mac, and there wasn’t a lot of compatible content. With Dolby Atmos to Apple Music, you have an impressive opportunity to hear music that is at par with what Tidal HiFi and Amazon Music HD already offer. Both services support Dolby Atmos Music and Sony 360 Reality Audio. According to Apple, the streaming service will automatically play music in Dolby Atmos on all AirPods and Beats earbuds and headphones with an H1 or W1 chip. The same goes for built-in speakers on “the latest versions” of the iPhone, iPad, and Mac.

Apple promises to make Dolby Atmos content easy to find with curated playlists and special badges. However, the company didn’t address the size of the music library here. It is said that “thousands” of songs will be available at launch but have not given any numbers. The company has announced that it will partner with Dolby to make it easier for artists, producers, and engineers to create music in Dolby Atmos while working with artists and labels to bring existing material into the format. Apple promises that more titles will be added “regularly”.

Apple also makes its entire music catalog available in lossless audio. Lossless uses Apple’s ALAC (Apple Lossless Audio Codec) codec up to 48 kHz, while high resolution lossless increases quality to 192 kHz. In particular, with CD quality 16 bit, lossless starts at 44.1 kHz and goes up to 24 bit / 48 kHz. According to Apple, 24 bit at 192 kHz is intended for “the true audiophile”. The whole idea here is to capture the original detail of the studio shot. “This means that Apple Music subscribers can hear exactly what the artists created in the studio,” the company said in a press release. You can access lossless audio by adjusting the audio quality settings in the Apple Music app and choosing different resolutions depending on your connection.