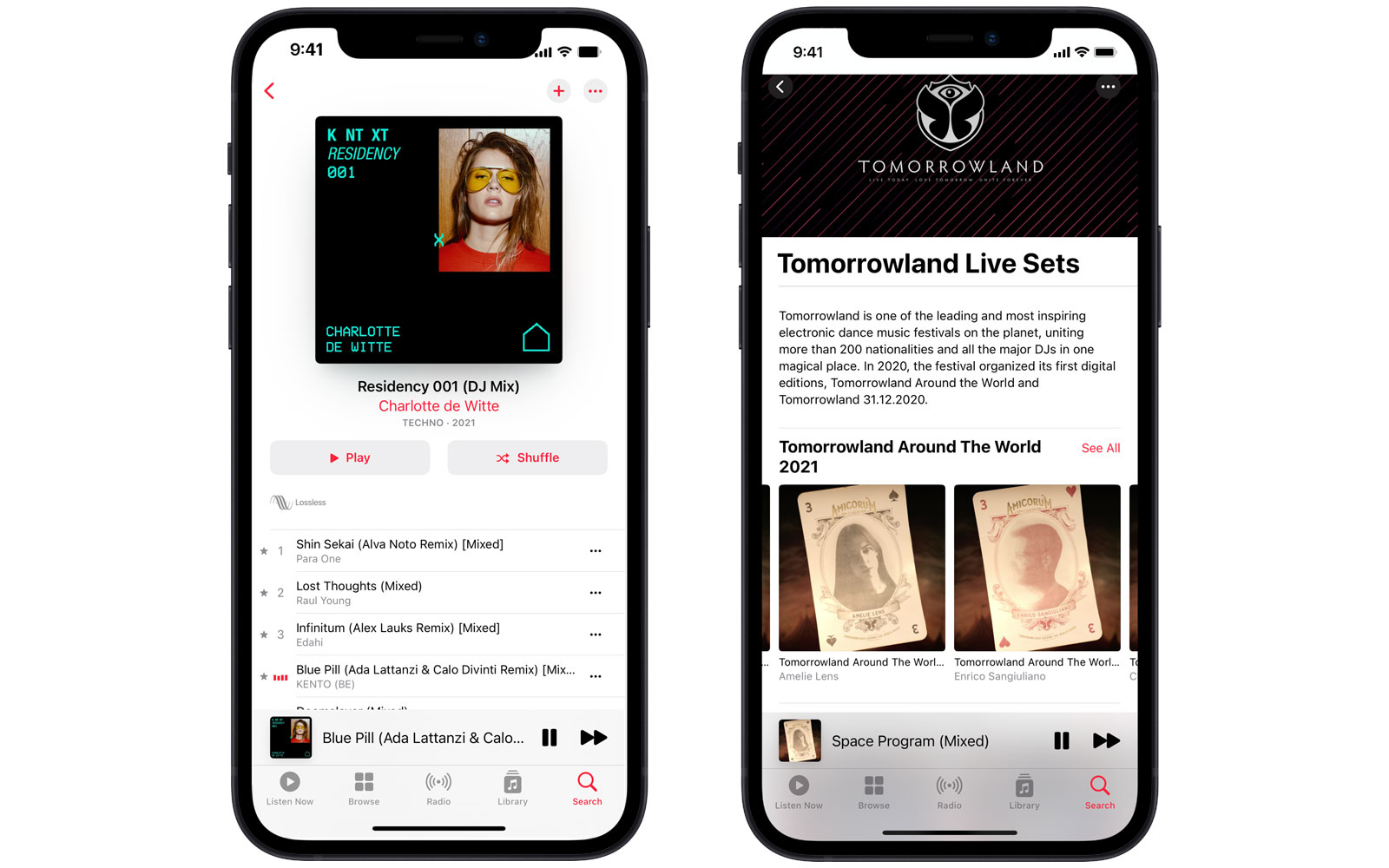 DJ mixes are usually missing from “premium” streaming services. This is mainly because it is a nightmare to properly sort out the license fees for all samples. You can find them on platforms like SoundCloud (unless they’re removed), but these songs can have literally hundreds of rights holders between the DJ, original artist, labels, and even a festival or venue. To fix the problem and massively expand the amount of content mixed by DJs on the platform, Apple worked with both major and independent labels on a system that would identify and directly pay rightsholders to a mix. Additionally, the company used Shazam technology to do it for Apple Music.

Apple states that its new tool will allow the streaming service to identify and compensate for individual creators in a DJ mix, even artists who recorded sampled tunes. It’s also the first major streaming service to do this. In cooperation with DJs themselves as well as festivals, clubs, organizers, curators and independent labels, the company works with everyone involved to ensure fair remuneration. Apple says this will extend the shelf life of DJ mixes in terms of sales, as individual tracks, collections, compilations, and even entire festival sets will be available to stream like studio albums on Apple Music.

There are thousands of DJ mixes on Apple Music already, and the service says it keeps adding more. The company has already commissioned mixes for Black Music Month and Pride, in addition to housing content for Tomorrowland’s 2020 and 2021 digital festivals. Thanks to this new system, there will be a lot more to choose from.

The! K7 DJ Kick archive will be available for streaming from this Friday. The label declares that 14 of these editions have not been “on the market” for more than 15 years. Tomorrowland appearances by Alesso, Charlotte de Witte, David Guetta, Diplo, Major Lazer, Martin Garrix, The Chainsmokers, Tiësto and others that were previously unavailable for streaming will now be easily accessible. Mixmag is also opening its vault, and the livestream platform Cercle will have its own hub for Apple Music, where listeners can stream archived mixes and live performances. And yes, much of it will be available for lossless streaming and you can listen offline as well.

This isn’t the first time Apple has looked at managing license fees for DJ mixes. In 2016, the company began working with Dubset to bring previously unlicensed content to Apple Music. Dubset used a Gracenote database of clips to identify and assign rights. The system even allowed original artists to prohibit the use of their songs in mixes and limit how much of a track could be reused. Dubset was purchased by Pex in 2020, where the system is used to search audio and video content on social media for unlicensed material. Apple’s new Shazam-based setup, on the other hand, compares all parts of a mix with Apple Music’s 75 million song library.

As you can imagine, all new content will be easy to find. Apple says DJs will have artist pages if they don’t already have original music. And while the current focus is on DJ mixes, the company says this system can be widespread, such as for assigning royalties for hip-hop remixes and more.