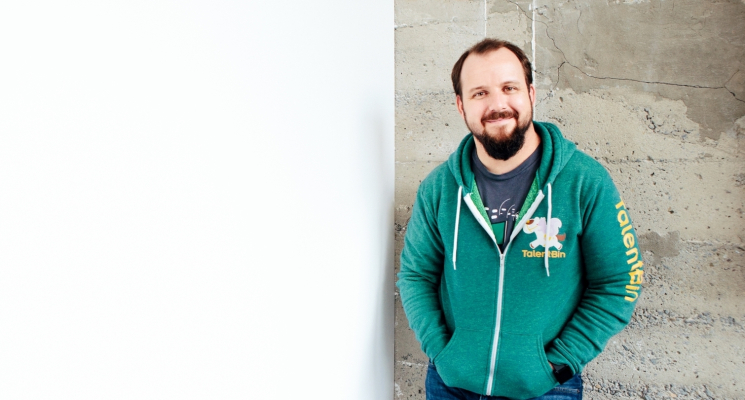 There is no shortage of data-driven sales management tools on the market. Of course, Atrium, a five-year-old San Francisco-based company that was co-founded by serial entrepreneur Pete Kazanjy, says it can do a far better job of empowering sales managers to improve their team’s performance. How? By giving them simple, easy-to-digest, real-time insights into who is doing better on their team, who is on track to meet their goals, who is losing momentum, and in which areas so that potential issues don’t turn into bigger problems.

Atrium has convinced investors of its advantages. Although Kazanjy openly offers that an earlier version of the software was “not phenomenal,” the current range of products prompted Bonfire Ventures, Bullpen Capital, CRV, and First Round Capital to provide the 30-strong company with $ 13.5 million in start-up funding It can expand its reach within organizations large and small more aggressively. (Our customers already include around 100 companies, including SalesLoft, Clearbit and SaasOptics.)

Exactly what Atrium sells is the continuous monitoring of dozens of metrics such as bookings, average sales prices, the number of customer meetings an employee had in a given week, and the length of business cycles. The idea is to give managers a clear view of their teams so that the same managers can drive positive behavior change when something is wrong or, conversely, when things are going better than planned.

Perhaps just as important, Atrium says, it offers automated root cause analysis via detecting anomalies with additional filters to help figure out why a person’s performance may be peaking or falling. Remember, when someone is doing particularly well, other team members may want to mimic the behaviors that drive that success.

The cost of all of this surveillance is $ 5,000 per year for smaller outfits and much more than for some of Atrium’s larger customers.

The results are also made available to managers where they live, through their email and Slack channels, although there is also a web app.

As with many software tools, the need for what Atrium makes really started to explode when companies suddenly saw their workforce dispersing due to pandemic lockdowns. “The importance of data-driven sales management has only accelerated [in a world] Where suddenly managers can no longer really tell the story: “Yes, I know what’s going on with my team because I can see them right from the sales floor,” notes Kazanjy.

He has a personal insight into the subject. Atrium’s own team is headquartered in San Francisco. However, since it is also more prevalent than it was before COVID-19 hit the US, the company is using and also selling its own software.

Kazanjy previously co-founded TalentBin, a talent search engine that enabled technical recruiters and hiring managers to find passive candidates, which was acquired by Monster in 2014.

He has also recently authored a book called Founding Sales, which describes itself as an “Early Go-To-Market Guide.”

Kazanjy’s background is actually in product management and product marketing, but like many founders, when setting up his last company the question quickly arose: who is going to sell this stuff?

Kazanjy quickly realized that the answer was himself. In doing so, he became TalentBin’s first sales representative and then the first sales manager.

That was how he learned about modern sales and data-driven sales management, and then decided to write about the missteps he had made – and the solutions he had come up with – so that people “don’t make the same mistakes”.