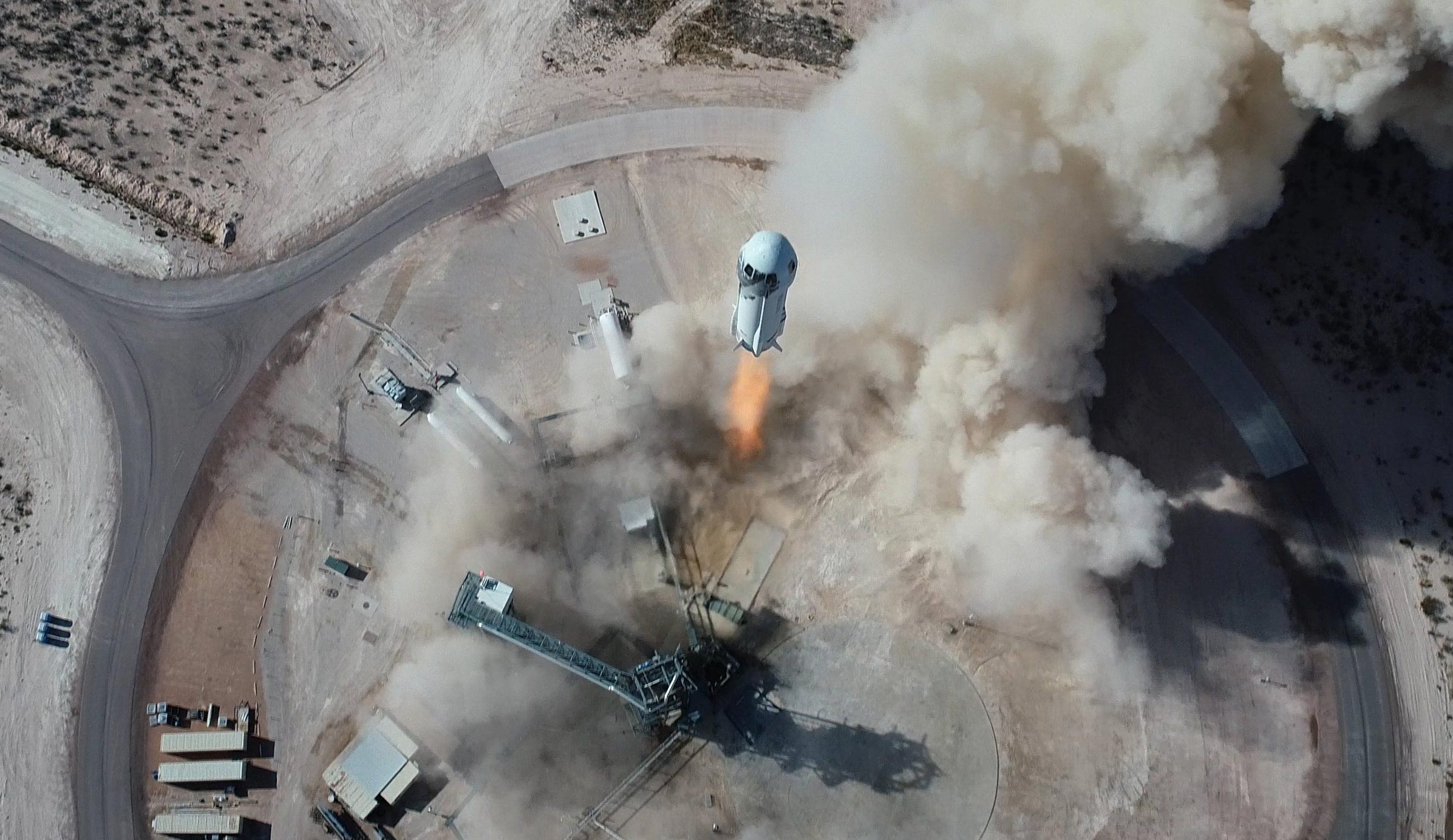 “Mankind has dreamed of artificial gravity since the earliest days of space travel,” said Erika Wagner, New Shepard director of payloads at Blue Origin, in a press release today. “It is exciting to be working with NASA to create this unique ability to explore the science and technology we will need for future exploration of human space.”

Parabolic aircraft are capable of providing a spectrum of reduced gravity environments – for example, the 17 percent of Earth’s gravity that humans and payloads would experience on the moon. Similar gravity levels can be created using centrifuges on suborbital spacecraft. But these methods have their limits. For example, the dose of lunar gravity during a parabolic flight is only seconds and the centrifuges can only accommodate small payloads.

In contrast, Blue Origin’s method would turn the entire New Shepard capsule into a centrifuge for up to two minutes or more. The capsule’s reaction control thrusters would generate a spin equivalent to 11 revolutions per minute during the free fall portion of the flight. The resulting centripetal force would correspond to the gravity of the moon.

Blue Origin expects to roll out in late 2022.

The testing of payloads in lunar conditions should pave the way for NASA’s Artemis lunar exploration program, due to send astronauts to the lunar surface in the mid-2020s.

“NASA is pleased to be among the first customers to take advantage of this new feature,” said Christopher Baker, program director for the Flight Opportunities program at NASA’s Washington, DC headquarters

Baker noted that adapting to reduced gravity conditions on the Moon – and on Mars, where gravity is about 38 percent of the gravitational pull of Earth – will be an ongoing challenge for future explorers.

“Many systems designed for use on Earth just don’t work the same anywhere else,” said Baker. “A wide range of tools that we need for the Moon and Mars could benefit from testing in gravity, including technologies for in situ resource use, regolith mining, and environmental control and life support systems.”

“NASA’s Flight Opportunities program purchased approximately half of the available payload space for this flight and helped develop the capability under a task with a larger contract,” the space agency said in a statement it emailed. “The total value of the assignment is $ 2.69 million. The pricing of individual items for assignments is sensitive to competition and is therefore not published. “

Blue Origin is currently conducting unscrewed testing of its New Shepard starship at the company’s West Texas facility and could begin flying humans later this year.

New Shepard usually carries experimental payloads for researchers at NASA and elsewhere. During a flight that took place last October, New Shepard tested a precision landing system that NASA plans to use for lunar missions.

Independently of this, Blue Origin leads an industrial consortium that is developing a lunar landing system for NASA that is worthy of a lunar landing. NASA could announce as early as next month whether it will continue to support this system or whether it will use alternative systems from SpaceX and Dynetics instead.