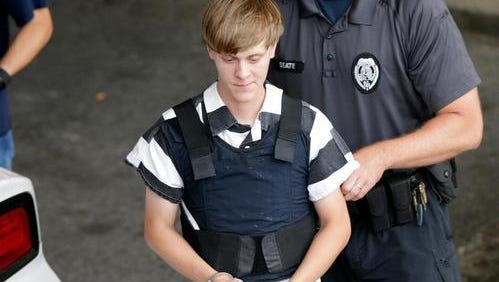 RICHMOND, Virginia – The U.S. Fourth Court of Appeals has upheld the death sentence of Dylann Roof, the white racist responsible for the 2015 Charleston Church massacre.

Roof appealed his conviction and death sentence in January 2020, arguing that he had schizophrenia and other mental disorders.

On his appeal, Roof’s attorneys argued that he was wrongly allowed to represent himself during the sentencing, a critical phase of his trial. Roof successfully prevented the jury from hearing evidence of his mental health, “under the delusion,” his lawyers argued that “he would be bailed out of prison by white nationalists – but bizarrely, only if he got his mental impairments out of the public eye.” Recording.”

Roof was convicted of gunning down nine people during a Bible study on June 17, 2015 at Emanuel AME Church in Charleston.

In 2017, Roof became the first person in the United States to be sentenced to death for a federal hate crime. Authorities said Roof opened fire during the closing prayer of a Bible study in the church and rained dozens of bullets on the crowd. He was 21 at the time.

The 4th District determined that the trial judge had made no mistake in determining that Roof was qualified to stand trial and issued a damning reprimand for Roof’s crimes.

“Dylann Roof murdered African Americans in their church, during their Bible study and worship. They had welcomed him. He slaughtered her. He did so with the express intention of not only terrorizing his immediate victims in the historically significant Mother Emanuel Church, but as many similar people as they would learn of the mass murder, “wrote the panel in its judgment.

The appeals court released its statement on Wednesday that the conclusion was the result of a “thorough analysis process” and not “a product of emotion”.

“No cold record or careful analysis of laws and precedents can capture the full horror of what Roof did,” the statement said. “His crimes qualify him for the harshest punishment a fair society can inflict.”

Emanuel AME in Charleston is the oldest black church in the south. During his federal trial, prosecutors said Roof told FBI agents he wanted the shootings to bring back racial segregation or start a racial war.