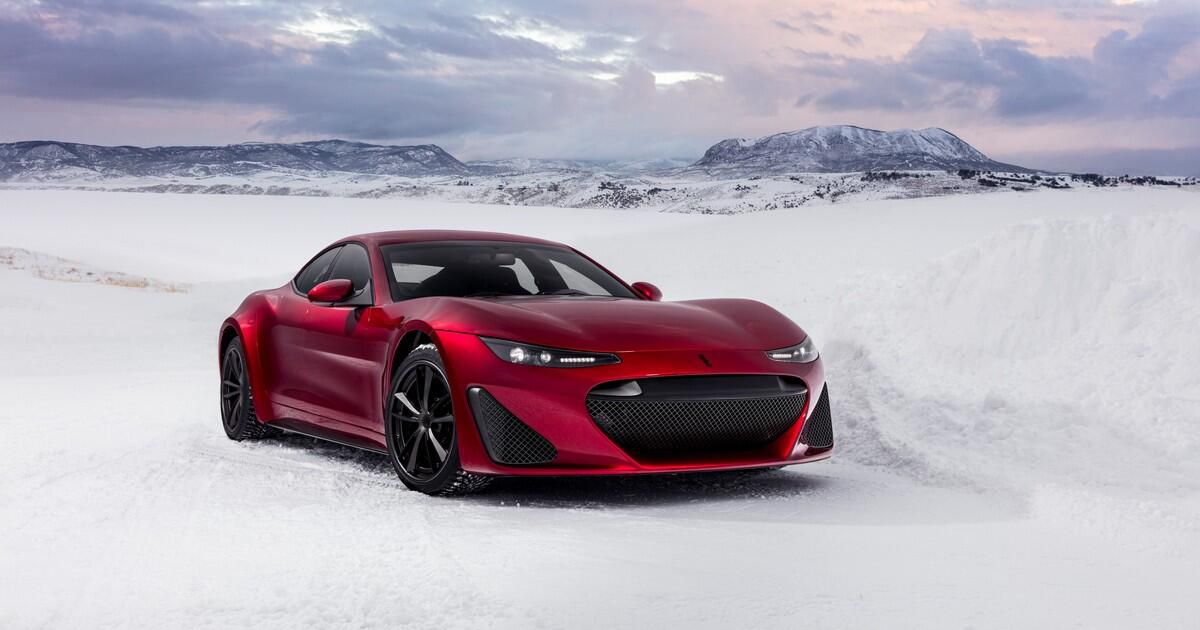 Supercars are powerful, close to the ground and fat, and usually not the best vehicles on ice and snow. However, Drako Motors has just shown that its GTE super sports car EV could be an exception to this rule thanks to the independent motors on each wheel and the so-called torque vectoring function. Videos have been published in which the GTE is drifting on a snow-covered track and a high-lying ice lake, which represents a high level of control.

Drako first drove his car to Steamboat Springs, Colorado, and whipped it around a purpose-built driveway that was covered with a fairly deep and uneven surface of snow. It then went to Georgetown Lake at 8,500 feet above sea level and did some pretty radical drifting maneuvers, donuts, an incredibly long sideways slide, and spinning in place (tank spins). The latter is only possible with a true torque vectoring system, as the left and right wheels turn in opposite directions. The height would also be a challenge for every ICE vehicle with a naturally aspirated engine.

The $ 1.25 million Drako GTE leverages the curvy body of the Fisker Karma on Karma’s Revero OEM EV platform. Each wheel is driven by its own motor, so that it can partially steer by varying the torque on each wheel – all controlled by Darko’s DriveOS software. The company claims the GTE can produce 1,200 horsepower and a ridiculous 6500 foot-pounds of torque, and delivers a top speed of 206 mph. It has a 90 kWh battery, but Drako has not yet provided the range.

Drako was founded by Silicon Valley billionaires Dean Drako and Shiv Sikand, who started GTE because they couldn’t find an EV they liked. It’s now in production with just 25 electric vehicles scheduled to ship at a cost of $ 1.25 million each.