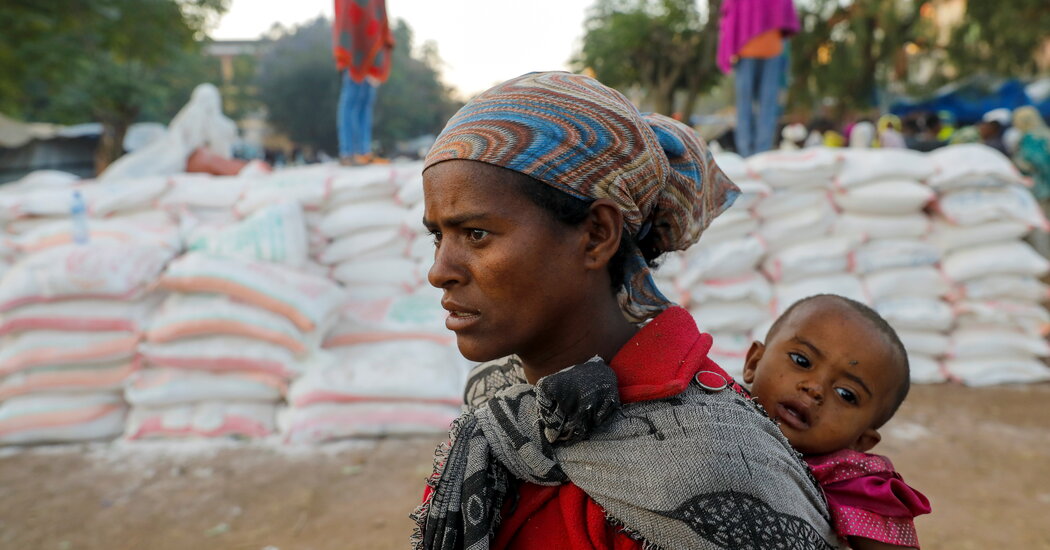 A famine has struck at least 350,000 people in the conflict-ravaged region of Tigray in northern Ethiopia, a famine that is currently bigger than anywhere else in the world, the United Nations and international aid agencies said on Thursday.

With their joint announcement, the humanitarian officials described the looming crisis in Tigray for the first time as a famine and stated how many people suffer from it. For weeks they had warned of an impending disaster caused by the conflict in Ethiopia, the most populous country in the Horn of Africa.

Mark Lowcock, the chief humanitarian emergency officer at the United Nations, told a webcast meeting of relief officials and diplomats that the number of people affected by famine was “higher than anywhere in the world” and the worst in any country since a year 2011 was a famine hit neighboring Somalia.

Lowcock said the data “paints a picture of a very, very extreme situation” that requires a generous donor response and smoother humanitarian access to areas of Tigray that have been blocked by Ethiopian forces and allies from neighboring Eritrea.

“This is going to get a lot worse,” said Lowcock, recalling the famine in Ethiopia in the 1980s that killed an estimated 1 million people and showed the horrors of mass starvation with harrowing images on television.

The new famine data comes from the Integrated Food Security Phase Classification, a system used by humanitarian agencies and governments to determine the extent of a hunger crisis. The system is based on a five-point food insecurity scale – phase 1 is minimal and phase 5 is famine. The data showed that of 5.5 million people who faced food insecurity in May and June in Tigray and neighboring areas, 350,000 were now in Phase 5.

“This severe crisis is the result of the cascading effects of conflict, including population displacement, restrictions on movement, restricted access to humanitarian aid, loss of crops and livelihoods, and dysfunctional or non-existent markets,” a summary of the data reads.

Linda Thomas-Greenfield, the US Ambassador to the United Nations, who attended the webcast meeting, said “the very place that made the modern world a scourge of hunger four decades ago” is threatened with repetition.

“We can’t make the same mistake twice,” she said. “We mustn’t let Ethiopia starve to death.”

The conflict in Tigray broke out last November. when Prime Minister Abiy Ahmed and neighboring Eritrea ordered their forces into the region to crush Mr Abiy’s political rivals and strengthen his control.

Mr Abiy, a Nobel Peace Prize Laureate, expressed confidence that the operation would only take a few weeks, but it has turned into a swamp that has severely damaged his image. Ethiopian and Eritrean troops are charged with ethnic cleansing, massacres and other atrocities in Tigray equivalent to war crimes.

Last month, as a sign of growing American frustration with Mr. Abiy’s administration, the United States announced penalties for some Ethiopian officials, an unusual move that resulted in reprimand from the Ethiopian State Department.

Ms. Thomas-Greenfield, who was once a senior official in the Department of Foreign Affairs for Africa, expressed frustration on Thursday that the United Nations Security Council has not yet held a public session on the Ethiopia crisis, let alone taken action. She attributed the lack of response to “obstacles put to us by some council members” – apparently an indication of the positions of China and Russia that the Ethiopia crisis is an internal matter.

Jan Egeland, secretary-general of the Norwegian Refugee Council and former senior United Nations humanitarian official who also attended the webcast meeting, said unhindered access for aid workers to Tigray was vital. “This is not rocket science,” he said, and also criticized the Security Council’s inaction.