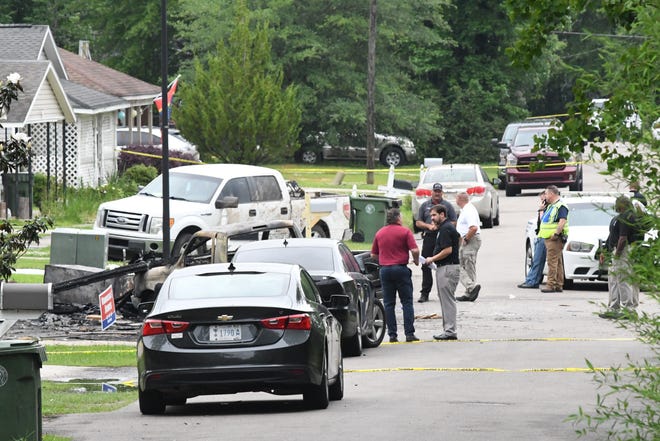 HATTIESBURG, miss. – A small plane crashed into a Mississippi home, killing one of the home’s four residents and three Texas residents who were flying to a university graduation ceremony, authorities said Wednesday.

Gerry Standley, 55, was a resident of the house where the plane crashed in Hattiesburg, Mississippi.

University of Southern Mississippi officials said the three on the plane would be coming to Hattiesburg to attend an opening ceremony.

“My heart breaks for our student and her family and for our community members and their families,” USM President Rodney Bennett said in a statement. “The University extends our deepest condolences, thoughts and prayers to all those who are affected by this tragedy at this time of great loss.”

Standley worked full time for a paving company and, according to a website, served as an assistant pastor in his church raising money for funeral expenses and replacements for items lost in the fire.

His wife Melinda, head of the 911 center of the police department, their daughter Arrianna and grandson Eli had all left the house with minor injuries, it said. The couple celebrated their 22nd birthday last month.

Provenza was a neurosurgeon with the United Regional Physician Group and a graduate of Tulane University School of Medicine in New Orleans.

“We are very sad about the loss of Dr. Louis Provenza. He touched the lives of so many people and will be missed very much, “said the medical group.

The plane, a Mitsubishi M-2B-60, crashed into a house late Tuesday, officials from the Hattiesburg Police Department reported Wednesday.

Rescue workers were called at around 11:20 p.m., said the police spokesman for Hattiesburg, Ryan Moore, in an email.

The police ask anyone who finds debris or debris that could be related to the crash to contact the Hattiesburg police force and avoid the debris moving or touching.

Police initially said two people had died, according to an Associated Press report. The death toll was later updated to four.

The Federal Aviation Administration was hired to investigate the cause of the crash. The National Transportation Safety Board was contacted to conduct the investigation.