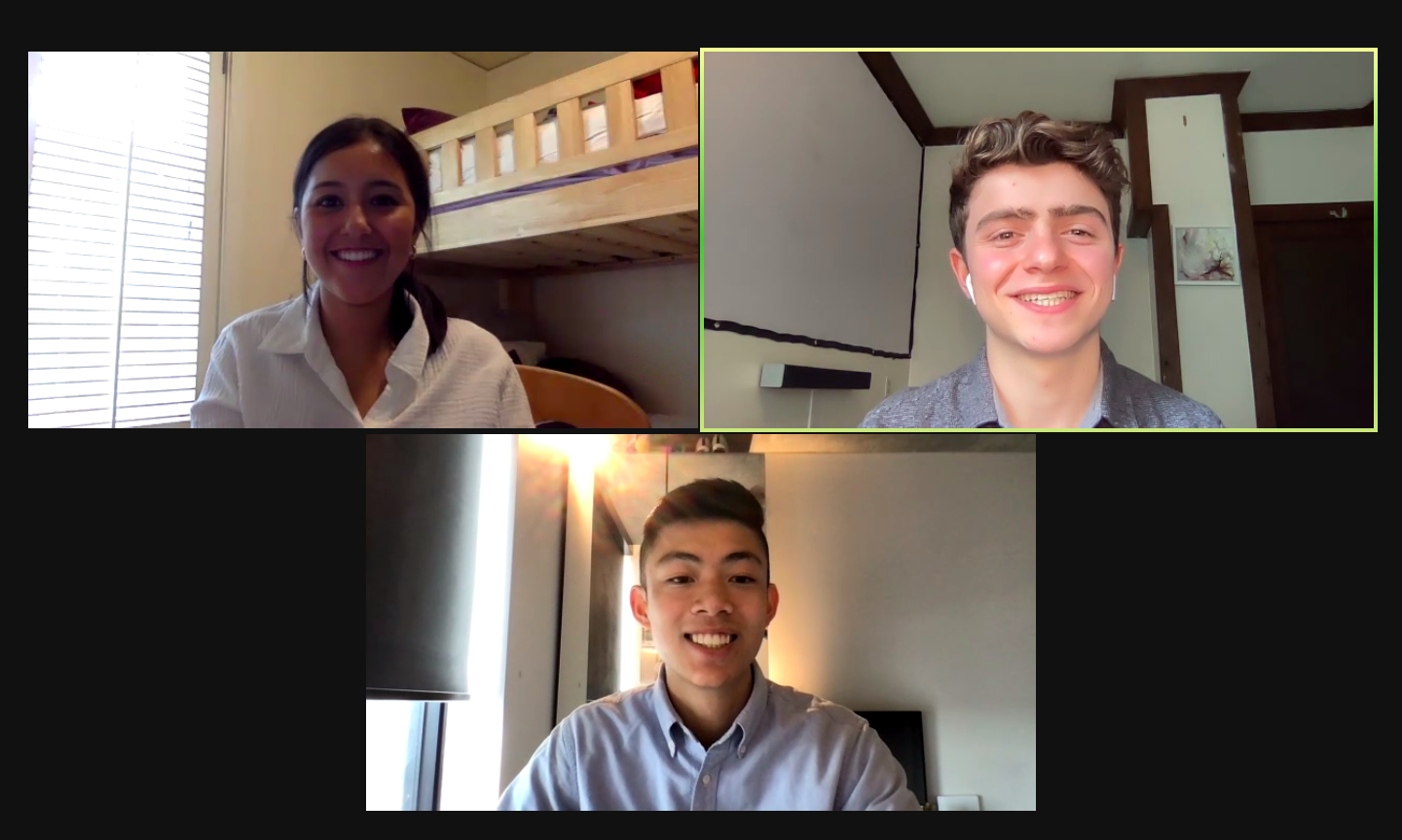 A team of University of Washington students tasked with making funeral plan-related planning and transactions easier has won the $ 25,000 grand prize in the 2021 Dempsey Startup Contest, sponsored by the Buerk Center for Entrepreneurship of the UW Foster School is hosted.

AfterLife Listings and its online marketplace beat three other teams that made it to the finals of the all-virtual competition. The results were announced on Friday. The 24th Dempsey Startup is designed to give students the opportunity to assemble a team, create a business plan, attract investors, and learn the dynamics of starting a business.

Second prize of $ 15,000 went to a team from UW and Olympic College called Puget Buoy, “a green technology startup that develops experimental gear to prevent whale entanglement and reduce lost gear for health and sustainability to improve the fishing industry. “

The last thing a grieving partner or family member has to do is worry about the logistics of how best to say goodbye to a loved one.

Washington State University’s Ananta won third prize and US $ 10,000 for “Developing a Bioreactor That Can Rapidly Expand T-Cells for Cancer Immunotherapy to Disrupt the Cell-Based Therapy Market.”

UW’s HealthXpress received $ fourth and $ 7.5,000 for its plan to “Develop Renovated Mobile Clinics to Address Health Inequalities in Underdeveloped Countries.”

AfterLife, which also won $ 2,500 for the K&L Gates Best Business to Consumer Idea, consists of co-founder Aidan Shev, a senior with a major in biochemistry with a minor in entrepreneurship. Co-Founder Clara Kobashigawa, junior with focus on communication, sales certificate and minor in entrepreneurship; and UX designer Brendan Tran, a junior computer science major with an emphasis on human-computer interactions.

Kobashigawa said the idea came after her family had to say goodbye to a loved one and was shocked at the lack of price transparency and online information regarding buying funeral property. After leading the idea from professor and mentor Alan Leong, she and Shev got to work earlier this year.

“The last thing a grieving partner or family member has to do is worry about the logistics of how best to say goodbye to a loved one,” Kobashigawa said. “So we hope to serve as a resource for families going through this process and ease the stress of finding a burial site.” 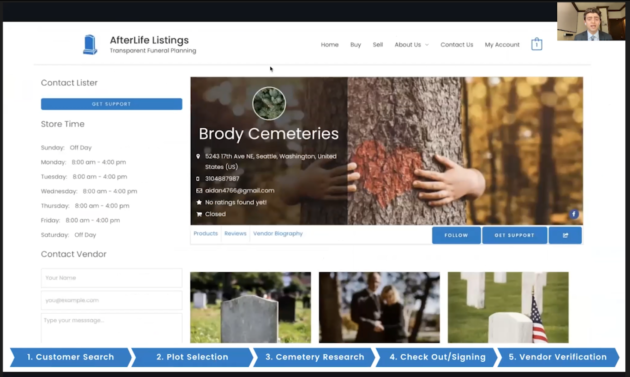 The startup is about to launch, but the team says it has contacted the vast majority of King County’s cemeteries and is beginning partnerships. The main sources of income are subscriptions, listings, reviews and funding. Tran said his goal is to create a seamless and hassle-free environment that allows users of all technical backgrounds to navigate the site without frustration.

“We believe that if we can get a foothold in the funeral market, we will be able to quickly add caskets, flowers, green funerals and other funeral services to our website,” Shev said. “We hope to be the central point of contact for celebrations after death.”

The Dempsey competition is open to college and university students in Washington, Oregon, Idaho, British Columbia, and Alaska, and this year has attracted 100 entrants from 23 schools.

Thirty teams participated in the investment round, which is the first live pitch / presentation portion of the competition. Before the pandemic, this was a face-to-face “trade show” event. This year and last year, according to UW, as part of the competition, the teams created their own virtual booths with breakout rooms and presentation materials (slide decks, videos, prototypes, etc.).

From this group, 16 teams went into the Sweet 16 round on Wednesday, and four teams presented themselves to a selected jury of judges for the final round on Thursday.

This year’s prize pool was $ 90,000 – the highest ever. Over the past 24 years, more than 5,800 students have participated, and 218 teams have received undiluted seed capital totaling more than $ 1.7 million.

Here is the full list of the 2021 award winners with the video from Friday’s presentation below: