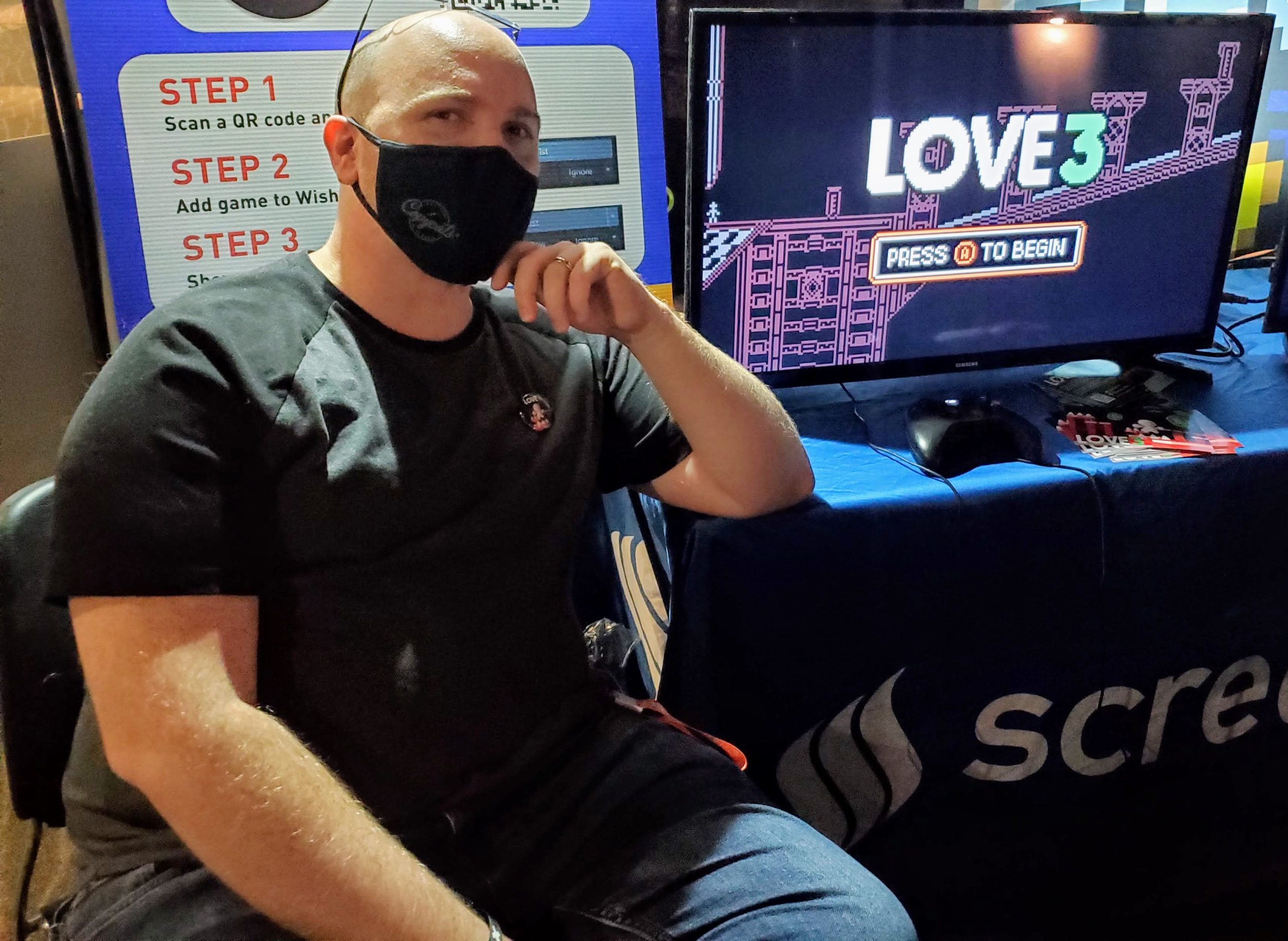 Although PAX West was scaled back dramatically this year in Seattle due to the ongoing COVID-19 pandemic, indie game developers who came to the expo to showcase their games still viewed the experience as a success.

The main exhibition hall at PAX West was a shadow of their usual spectacle with huge booths, huge screens and overstimulation. The show was still called PAX, but it definitely felt like a whole different convention.

To get a feel for what it was like from the game developer’s perspective, we spoke to Fred Wood, who was debuting his upcoming game LOVE 3 on the show this weekend.

“It was impossible to rationally expect what PAX would be after a year and a half of a pandemic, so I’d say cautiously they were very low,” said Wood. “Still, I was surprised that so few exhibitors were here this year.”

I was really nervous about traveling and being with so many people at #PAXWest, but now that it’s over (for me) I’m going to miss the energy of the crowd.

Even though it was small, this was one of my favorite PAXs of all time.

The last convention Wood attended was PAX East in Boston in late February 2020, just before most of the world closed due to COVID-19. After such a long hiatus from interacting with players, Wood was excited to make the San Antonio to Seattle trip for PAX West, even though he knew it was going to be very different.

One reason the exhibition hall at PAX West was so sparse this year was an almost complete lack of “big” game developers like Nintendo, Sony, Microsoft and Ubisoft. But the indie presence was also extremely muted. None of the typical smaller overseas game developers made the trip, and PAX West, the indie MEGABOOTH, is still closed, missing the usual large collection of indie games they bring with them.

However, all of this turned out to be relatively good news for indie developers like Wood who made the journey.

“The result of fewer exhibitors at PAX West this year is that attendees are hungry for games and can actually see everything this year,” said Wood. “As a smaller developer, we were also able to obtain a premium location on the floor of the exhibition hall, right next to the skybridge and one of the main entrances.”

After the show, Wood plans to return home and quarantine for a few weeks while he works on his next game and prepares for the launch of LOVE 3 later this year. All in all, he considers the show a success and shared on Twitter that “this was one of my favorite PAXs of all time”.