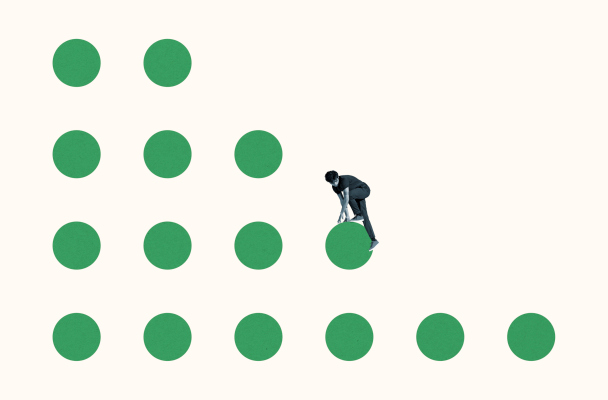 Domm Holland, co-founder and CEO of the e-commerce startup Fast seems to be living the dream of a founder.

His big idea came from a small moment in his real life. Holland watched his wife’s grandmother try to order groceries, but she forgot her password and could not complete the transaction.

“I just remember thinking it was absurd,” said Holland. “It contradicted the belief that any string of text blocks trade.”

So he built a prototype of a passwordless authentication system where users fill out their information once and never have to do it again. Tens of thousands of people had used it within 24 hours.

There is nothing better than building human networks. This is how you will achieve this in terms of fundraising.

Buyers weren’t the only ones on board with this idea. In less than two years, Holland has raised $ 124 million in three rounds of donations and gained partners such as Index Ventures and Stripe.

While the success of Fast’s one-click checkout product has been quick, it has not been effortless.

For one, Holland is Australian, which means he started out as an outsider in Silicon Valley. When he arrived in the US in the summer of 2019, he had exactly one Bay Area contact on his phone. He built his network from the ground up, a strategic process he attributes to one thing: hard work.

In an episode of the How I Raised It podcast, Holland talks about how he built his network, why it’s important – not just for fundraising, but for building the whole company – and how to avoid the mistakes the new founders do.

One of the people Holland was in contact with was Allison Barr Allen, who was then the director of global products at Uber. Barr Allen managed her own Angel mutual fund, but Holland wasn’t actually looking for money when he reached out to her. He was much more interested in her prospect as the head of a huge financial services company.