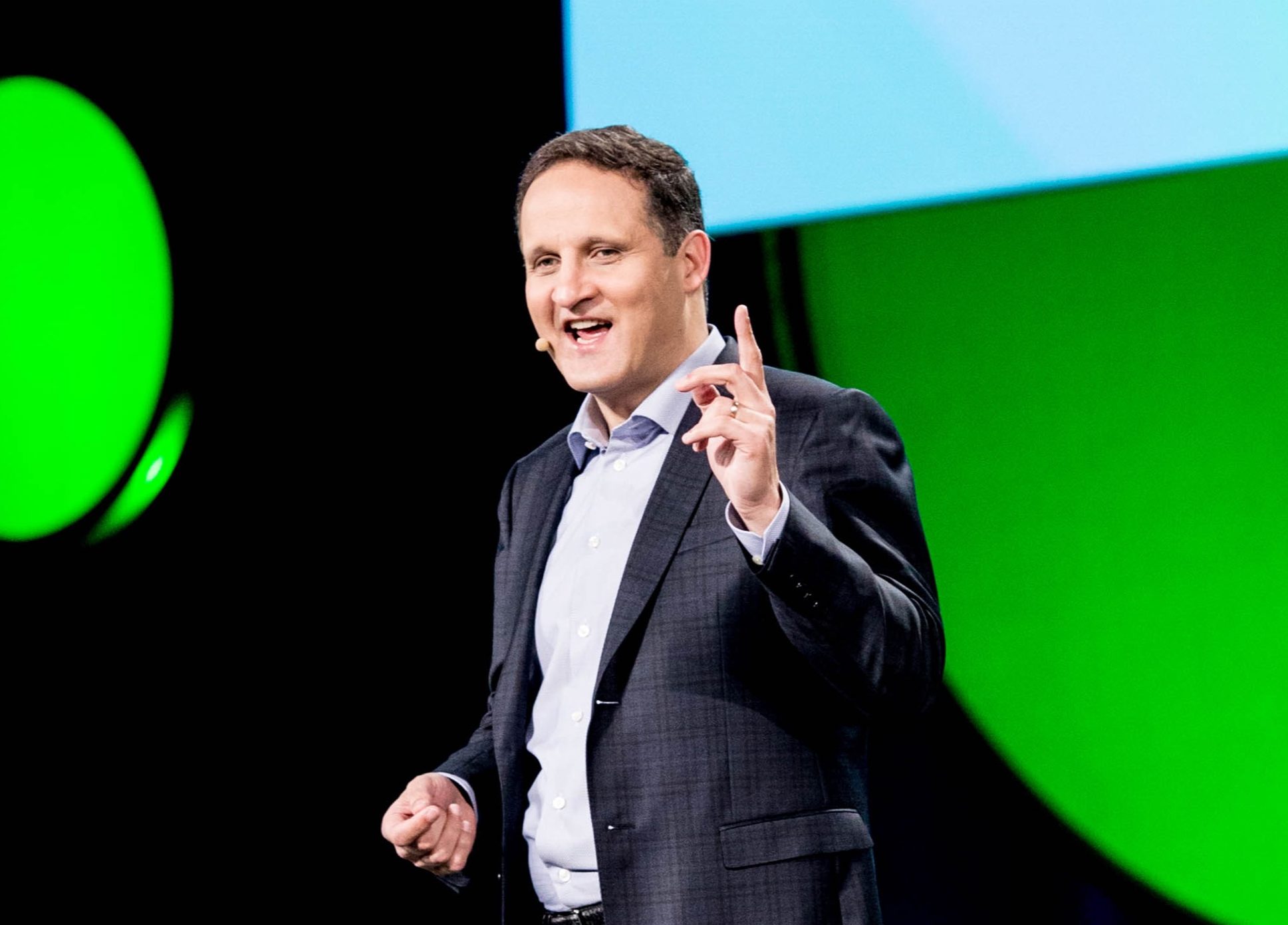 Adam Selipsky has years of professional experience, from positions as Vice President at RealNetworks and Amazon to managing Tableau Software as CEO for five years.

But as a leader, it didn’t matter when the pandemic hit last year.

“My experience actually became dangerous for me,” Selipsky said at a Technology Alliance event this week. “As you keep advancing in your career, you often rely on pattern matching. To some extent, you expect the past to be informative about the future – and the situation was unknown. “

Selipsky made his first public appearance since announcing in March that he would be leaving Tableau as the new CEO of Amazon Web Services. He will replace longtime AWS boss Andy Jassy, ​​who will replace Jeff Bezos as CEO of Amazon on July 5th.

Selipsky is a familiar face on Amazon as a former AWS executive who worked for the Seattle-based tech giant for 11 years. He joined Tableau as CEO in 2016.

Tableau was one of the first companies in the Seattle area to send its employees home when the pandemic spread across the United States early last year. Selipsky said he learned to rely on data – data on the spread of the virus; Data to help customers; etc. – rather than intuition that comes from experience.

“In the absence of intuition … really look at data,” he said.

Incredibly grateful for the warm welcome (back) this week – made sweeter by colleagues, customers / partners and friends. #AWS pic.twitter.com/mpWE4OgH5k

For Selipsky, the pandemic was also a reminder of empathy as a manager – a real understanding of the different situations that employees and customers had to deal with. Some of his employees worked with children at home; others took calls from the bathtub. And customers also had their unique challenges.

“Every customer had different problems – some industries were in complete breakdown,” he said. “If you have a long-term view – which I always do and it’s one of the great things about Amazon – how do we think about where we’ll be with these customers in three, five, ten years? What are we doing now to really deepen these partnership ties? “

Amazon’s leadership principles are still deeply ingrained in Selipsky. When asked about the acceleration of digital adoption amid the pandemic and the ability to spot trends, Selipsky said he “always retreats” to Amazon’s principle of working backwards from the customer.

“The second piece – which turns out to be difficult – is to actually put that understanding at the center of every critical decision you make as a company,” he added. “Don’t leave it at the door when you decide what will make your company successful.”

Learned so much from today’s State of Technology Luncheon with @TechAllianceWA ???????? Many thanks to @hrhmedia for the invitation! And I won some Puma gold! ???? pic.twitter.com/X97ufP8l9l

While leading Tableau, Selipsky helped grow the data visualization pioneer in Seattle, which had a market cap of approximately $ 3 billion when it was acquired as CEO. Selipsky oversaw the acquisition of the company by Salesforce for $ 15.7 billion in 2019, the second largest in Salesforce history, and was instrumental in transforming the company from a traditional software product to a cloud-bound product with subscription offerings do.

Selipsky, interviewed by HRH Media Group President Hanson Hosein, at Amazon’s Seattle headquarters, was not asked about his transition from Tableau back to Amazon or the reason for his appearance. His return to AWS comes as the market-leading cloud business, with $ 45 billion in annual revenue and 63% of the company’s operating profit, is firing on all cylinders.

“Adam brings strong judgment, customer obsession, team building, demand generation and CEO experience to an already very strong AWS leadership team,” Jassy wrote in a memo to employees in March. “And having held such a high position at AWS for 11 years, he knows our culture and our business well.”

When I started @AWScloud 16 years ago, #cloudcomputing wasn’t even in its infancy. Today it’s inspiring to see how # AWS customers, partners, and employees have embraced and driven this movement – even though it’s still very early days. I am very excited to be back for this next chapter. #Day one