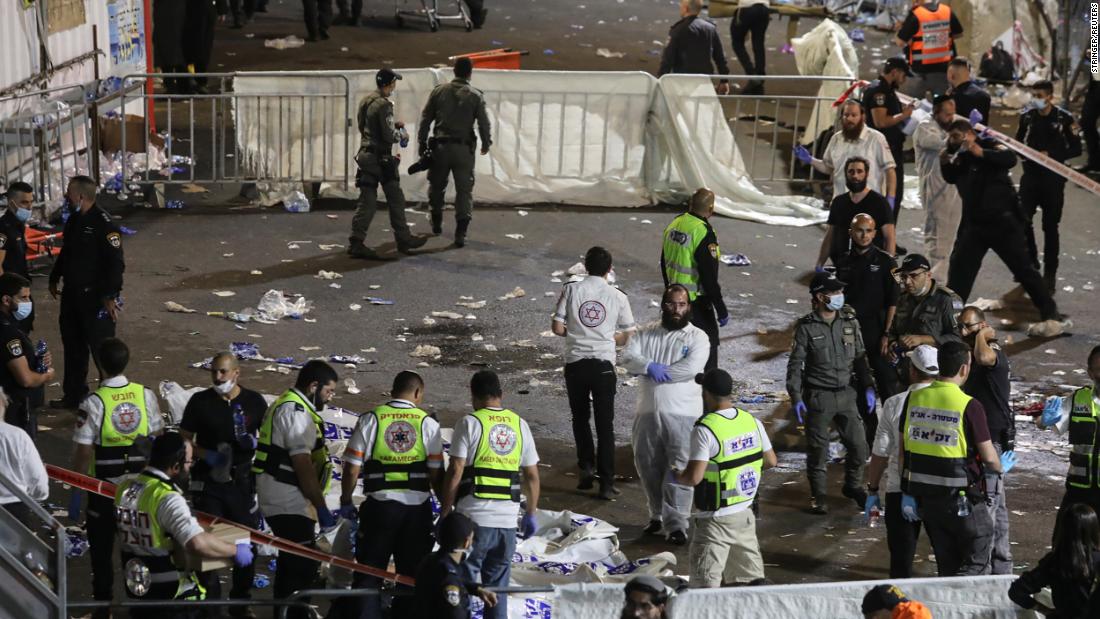 Israeli security guards and rescuers stand around the bodies of victims who died during the Lag Ba’Omer celebrations on Mount Meron. Ishay Jerusalemite / Behadrei Haredim / AP

Israeli investigators are investigating what caused a crush that killed at least 44 believers at a mass religious gathering in Mount Meron overnight.

But in the early hours of Friday morning, the singing and dancing erupted into chaos when a huge wave of people trapped others, including children, among them, witnesses told Reuters.

“We were going to go inside to dance and stuff and all of a sudden we saw MADA paramedics running past like in the middle of CPR on children and then one by one,” said Shlomo Katz.

Dov Maisel of United Hatzalah, a voluntary emergency organization, told CNN that an estimated 50,000 to 100,000 people had been on the mountain.

He said thousands of people packed tightly in a confined space fell down a flight of stairs and knocked each other down. “Overall, they usually control the crowd, but at some point at the peak the crowd got too tight,” Maisel said.