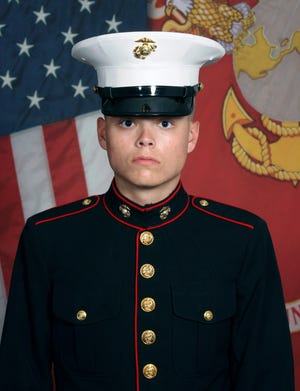 Among the 13 American soldiers and more than a hundred Afghans killed in a suicide bombing near Hamid Karzai International Airport in Kabul on Thursday, the man’s father said a Marine from the St. Louis area and a U.S. Senator.

Jared Schmitz, 20, from St. Charles, Missouri, was among the dead, the Department of Defense said on Saturday.

“That was just absolutely devastating,” said his father Mark Schmitz to the radio station KMOX.

Schmitz told the station that the US Marine Corps came to his home at around 2:40 a.m. on Friday to deliver “the terrible news.”

US Senator Josh Hawley confirmed his death in a statement posted on Twitter.

“Today I spoke to the family of Lance Corporal Jared Schmitz, a Marine who lost his life in the attacks in Kabul yesterday while proudly serving this nation. I promised his family that his services and legacy would not be forgotten “said Hawley wrote.

Afghanistan at the latest:Another attack in Kabul is “likely” with a “credible threat” at the airport

Schmitz was stationed in Jordan when he was first deployed and had been sent to Afghanistan in the past few weeks, his father said.

“As his parents, we were of course scared,” said Schmitz of his son, who was a high school graduate in 2019. “I have no words for how upset we are.”

He added, “He was probably one of the coolest and most unique people I’ve ever met. I’m very honored to be able to call him my son.”

The death toll in the blast includes 11 U.S. Marines, a Navy hospital medic and an Army soldier, American officials said. At least 18 US soldiers were injured. It was the deadliest day for American troops in Afghanistan since August 2011.

Among the dead was a Wyoming Marine who was expecting a child in three weeks.