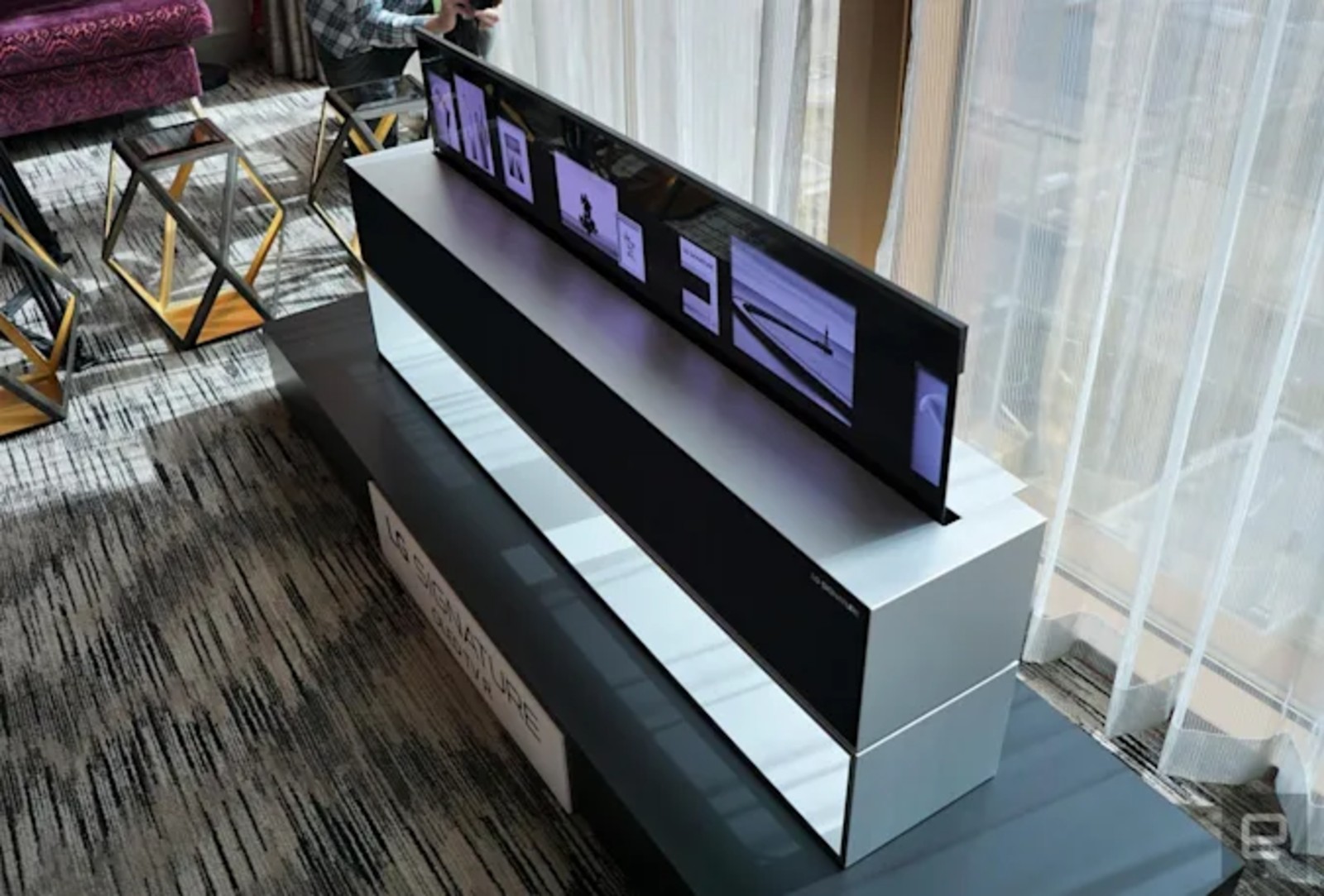 Three years after its sparkling debut at CES 2019, LG’s rollable OLED R television is finally available in the US. Just don’t expect to find one at your local Best Buy. In a change discovered by HD Guru, LG recently updated its international website and added a “Request To Buy” button to the OLED R product page. Based on the internet archive, this option appears to have been available since April 6th. Tapping on it will give you the contact information of a local sales rep.

US prices are not mentioned on the website. In South Korea, where LG has been selling the OLED R since last October, it costs KRW 100 million. At the current exchange rate, that’s roughly $ 89,000. For this money, you get a 4K TV that can take different viewing positions depending on the desired portion of the panel. For example, in the line view, only part of the display is visible to show the time, weather, and music controls. In addition to hiding the screen completely, it is also possible to lower it to avoid letterboxing while watching a movie. Other prosaic features include support for AirPlay 2 and HomeKit, as well as a variety of voice-activated assistants.

Thankfully, if you’re looking for a cheaper OLED, LG’s 2021 lineup starts at a significantly cheaper $ 1,299 for a 48-inch set slated to go on sale in June. Even models of the medium-sized LG C1 family will not set you back nearly as much as the OLED R with the 48-inch version at a price of 1,499 US dollars. And if you already own a decent TV, there are a variety of handy accessories available for under $ 100.