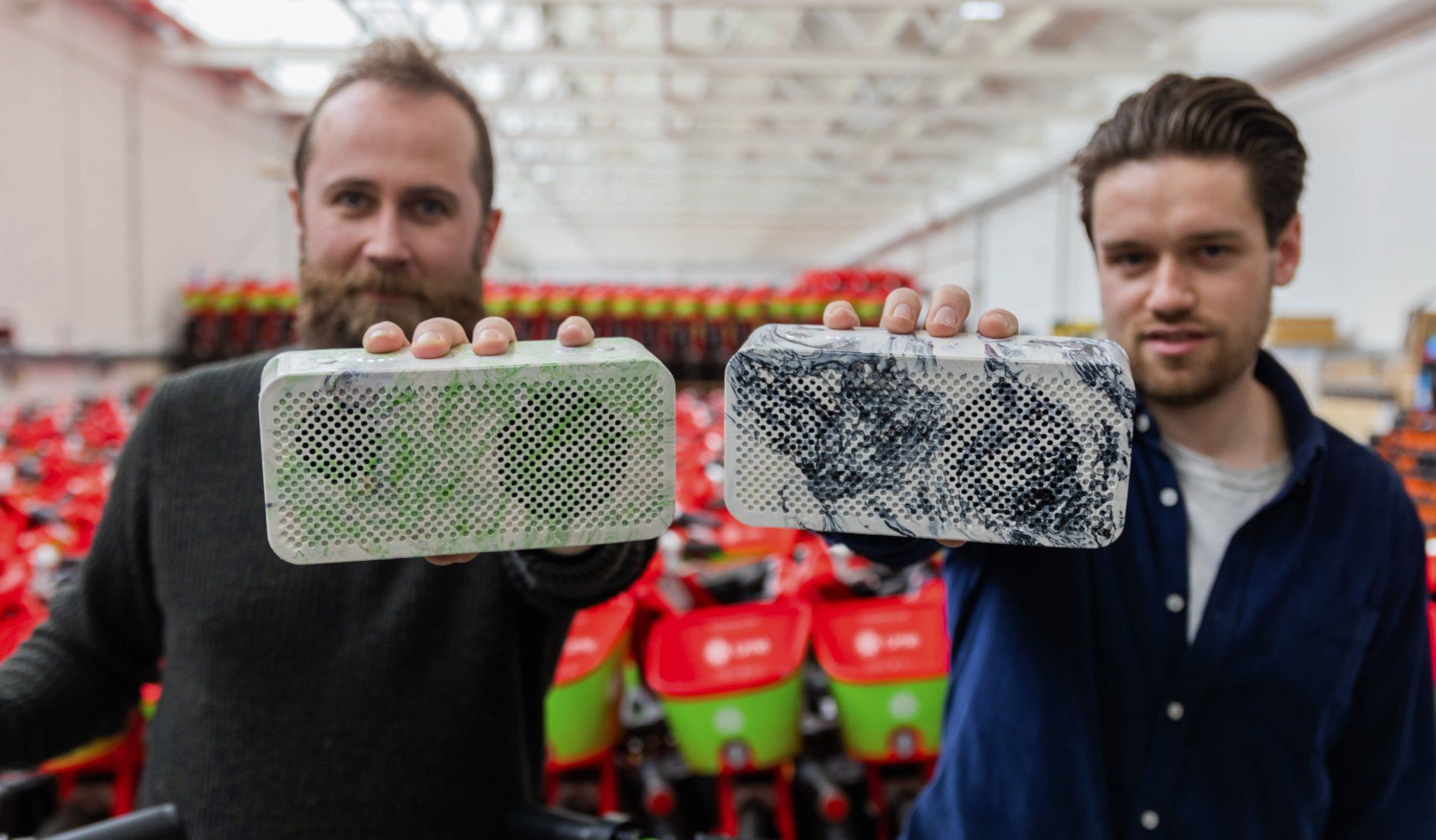 Gomi, a UK company that makes sustainable chargers and other gadgets, has launched a range of portable bluetooth speakers made from old Lime e-bike batteries. As part of a partnership with Lime, Gomi will use 50,000 battery cells from 1,000 old e-bikes to build the Gomi speaker with a battery life of 20 hours. They’re released today on Kickstarter starting at £ 99 ($ ​​138).

The loudspeakers are available in green, black, blue and the color “birthday cake” and are made from 100 percent recycled plastic waste. “The sound quality and 20 hour battery life make the speakers perfect for indoor and outdoor use. They come with a lifetime repair service to ensure they never have to be thrown away unnecessarily,” the company said.

According to Lime, the “damaged” batteries are cleaned and tested before being installed in the speakers. Cells are considered dead for the purpose of an e-bike when the charge cycles drop below a certain level, but they are still useful for less sophisticated personal electronic devices. For the environment, it is better to “upcycle” lithium-ion batteries as much as possible before finally recycling them into new batteries.

Although e-bikes and e-scooters are more environmentally friendly than cars, they have been criticized for their relatively short lifespan. Lime’s project can therefore help to reduce the environmental impact. Automakers like Renault and Tesla are taking similar measures on a much larger scale, recycling car batteries for use in homes and power grids.

As mentioned earlier, the bluetooth speakers will go on sale on Kickstarter starting today. The usual caveats apply to any Kickstarter project (mostly that you could lose all your money), but the speakers seem to have solid support from Gomi and Lime.