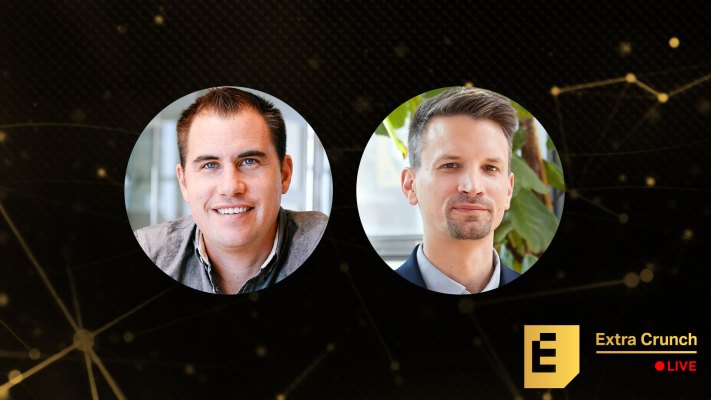 The only people Whoever really understands a relationship is whoever is in it. Fortunately, we will have an open conversation with both parties on the relationship between Ironclad CEO and co-founder Jason Boehmig and his investor and board member Accel partner Steve Loughlin.

Loughlin led Ironclad’s Series A deal back in 2017, making it one of his first Series A deals after returning to Accel.

We’ll talk to the duo about how they met, why they chose each other, and how they have acted as a duo since then. The discussion also includes how to build trust, maintain honesty and talk about strategies.

An entrepreneur prior to becoming an investor, Loughlin founded RelateIQ (an Accel backed company) in 2011. The company was acquired by Salesforce for $ 390 million in 2014 and later joined Salesforce IQ Investments in companies like Airkit, Ascend.io, Clockwise, Ironclad, Monte Carlo, Nines, Productiv, Split.io and Vivun.

Jason Boehmig is a California attorney who practiced law with Fenwick & West and was an adjunct professor of law at Notre Dame Law School. This isn’t entirely surprising to a man who has dominated legal technology. Ironclad was founded in 2014 and today the company has raised more than $ 180 million and is reportedly valued at just under $ 1 billion.

Not only will we be pulling the curtain on how this investor / founder relationship works, but we’ll also hear from these two technology leaders about their thoughts on bigger business trends in the ecosystem.

Then it’s time for the pitch deck teardown. In every episode of Extra Crunch Live, we take a look at the pitch decks submitted by the audience, and our seasoned guests provide their live feedback. If you’d like to toss your hat pitch deck in the ring, you can click this link to submit your deck for a future episode.

As with almost everything we do here at TechCrunch, viewers can also ask our guests their own questions.

Extra Crunch Live gave you some networking space (you need to network to get work, Amirite?). The network opens at 2:30 p.m. ET / 11:30 a.m. PT and stays open for half an hour after the episode ends. Find a friend!

As a reminder, Extra Crunch Live is a members-only series designed to provide founders and technology owners with actionable advice and insights from executives across the tech industry. If you’re not an Extra Crunch member, what are you waiting for?

Loughlin and Boehmig will join a stellar cast of speakers at Extra Crunch Live, including Gaurav Gupta of Lightspeed and Raj Dutt of Grafana, and Aydin Senkut of Felicis and Kevin Busque of Guideline. Extra Crunch members can access any episode of Extra Crunch Live here upon request.

Details on this episode (and upcoming episodes) can be found below after the jump.

See you on Wednesday!