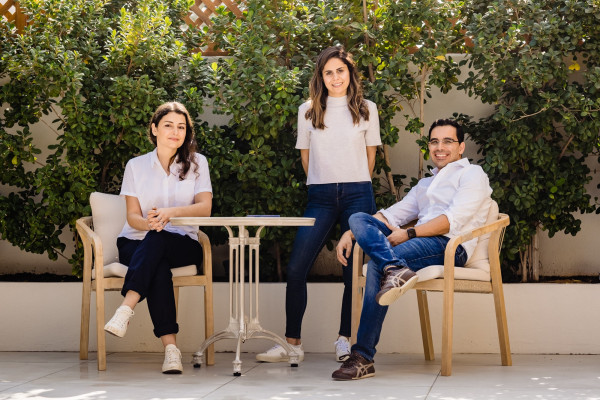 Nuwa Capital, a Dubai and Riyadh-based venture capital firm, announced the first close of its $ 100 million NVFI fund in February.

The closing price was three quarters of the target and happened in less than a year after starting the company in February 2020. According to the company, the second deal should take place to be completed by End of this year or Q1 2022.

With this new fund, they have cut checks for three companies: two Dubai-based companies, Eyewa and Flexxpay, and one Egypt-based company, Homzmart. And dDespite having a strong focus on the Middle East and the GCC, the company plans to double its investments in more African startups, particularly in Egypt and East Africa.

I spoke with the partners to discuss their previous investments, why they are Interested in Africa and the similarities and differences between the regions in which they operate. This interview has was edited light for length and clarity.

TC: Why does Nuwa Capital choose Sub-Saharan Africa as one of its target markets?

Khaled: I mean, it’s not our primary market, but it’s an area of ​​secondary focus for us who we are Really Interested in. And we believe that there are many lessons in the Middle East that we can draw from our investment experience regional We can use this for investments in Africa, especially in East Africa, especially as digital acceptance is increasing very much significant.

TC: Nuwa Capital recently invested in Homzmart. Are there any other startups that Nuwa has invested in or is planning to invest in in North Africa and Sub-Saharan Africa?

Sarah: So there is a lot of the deal flow that we saw in North Africa and we just started in December. We are facing many companies in Egypt, Morocco all North Africa and in the coming months we will invest aggressive about this geography. At the moment, Homzmart is our only African investment.

TC: How are you planning the transition to investing in sub-Saharan Africa?

Sarah: We have a network in East Africa because we invested in two companies in Kenya in our previous fund. One was Twiga and the other was BitPesa, which is now AZA. We have invested in these and therefore as part of our due diligence and our network that we have built in Africa we believe The opportunity is there because we saw it and understood the market with these two companies.

TC: In your opinion, how does the African market differ from the GCC?

Sarah: There are several ways to look at it. But Africa is different from the GCC markets in terms of the population sizes, in terms of people’s purchasing power and in terms of Companies that are getting a lot of attraction based on mass volume. So sometimes the company’s success based on volume. Like, for example, a large number of people who sign up for a company. In Twiga, for example, it bridged the gap between farmers and sellers so that they had a large number of farmers, and that too Really had a lot of strength. And In my opinion Here we see opportunities in Africa – in the power of the people.

Stephanie: From a VC perspective, many funds have popped up in the GCC region in recent yearso Much more capital flows directly on the market. That may not be exactly reflected in East Africa, though I could say. I also think what we see from our location in East Africa is that the capital appears to be to be focused to a specific group of founders.

TC: What will the investment strategy for Nuwa Capital look like in Africa?

Sarah: We are looking for companies that fit into our work. So I can talk a little more about the sectors we invest in. So fintech is a big industry that we’re looking at. And then we have a big focus on SaaS in various industries. We also Really such as ecommerce and marketplaces, the tip of the private label angle and private labels sold through ecommerce marketplaces.

And then we also have something that we call that fast Digitizing industries, and these are companies disrupting traditional industries through technology in education, health technology, and agritech. So these are the theses we are looking at and this is how we are advancing our investment strategy. In terms of Ticket sizes and tiers, we’ll focus on Seed and Serie A, and then we could go on in the round as well.

Stephanie: So when it comes to Africa in particular, we have seen, which is also very interesting for us, an increase in companies that we encounter in healthcare, in agritech, in different variations of financial services or in the overlap of fintech and something else. That will Also, be very interesting for us as we go forward and look for something more attentive.

TC: As you are relatively new to African investing, would you like to work with other VCs on the continent?

Stephanie: Itis a very common practice for us. As a fund, we work together very cooperatively, and that is also due to the type of region with which you end up investing together a number of Funds, and sometimes they are the same funds that you have a similar mindset with. So that happens quite often; I think This is very likely also the case with funds that we have worked with in Africa in the past.

TC: Egypt was one of the exciting countries in Africa and the Middle East. What do you think going for the market?

Stephanie: Egypt is one of the main markets we are focusing on. We see a large part of our pipeline from Egypt. We have seen a great change in Egypt in recent years, where the type of entrepreneurs, the type of founders who come to us are more mature and experienced and just a higher caliber than before. W.We used to see many previous companies with inexperienced founders. But what we see today is just amazing. We are very optimistic in the market if it is one of our main focus markets.

Sarah: When companies are based in Egypt, their expansion strategy is usually focused on either the rest of North Africa or East Africa. Some will come to the GCC while others will stay in Africa depending on what industry they are in. But In my opinion that as we invest more in Egypt and then active in our East Africa strategy will give us Really good exposure in Africa, and as we grow, ours subsequently The funds will focus more on Africa.

TC: Is there part of the fund for the African market?

Khalid: I do not think so We have a certain percentage, but the continent is part of the main strategy. We have a significant one portion of the fund aimed at Egypt but we want to make at least 5-10% of the fund in Africa excluding Egypt. It depends on the final fund size, but we are Really bullish on Africa.