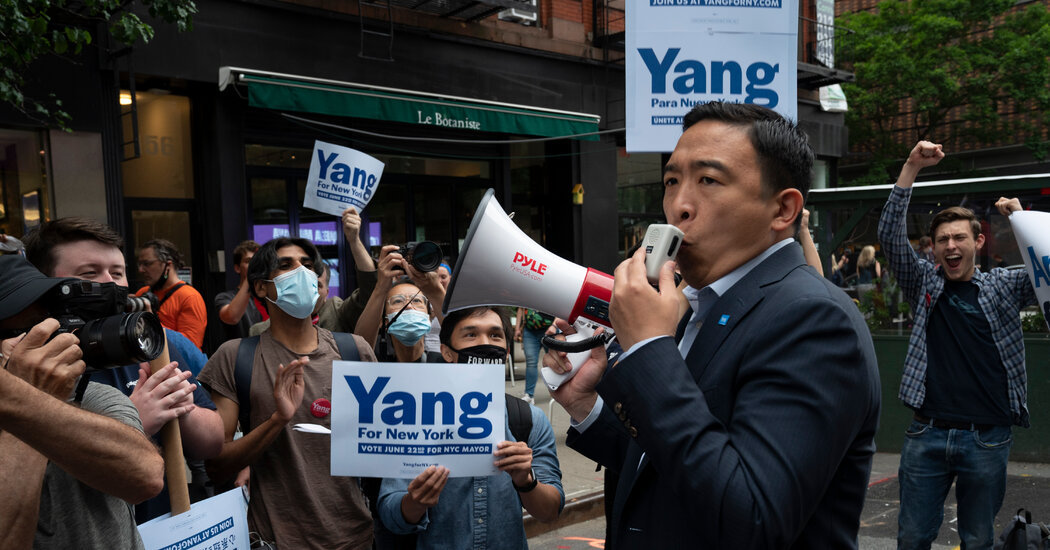 Almost all of the leading Democratic mayoral candidates have stuck to the same playbook when it comes to television commercials: save your money till the end, then bomb the voters.

According to AdImpact, an ad tracking company, candidates have so far spent and pledged $ 37 million on television advertising, mostly in the past few weeks.

The late commercial flash was compounded by the presence of candidate-specific super PACs, a first in a New York mayor’s race. The PACs, some of which spend millions on ads, are funded by Wall Street donors, pro-Charter school groups, unions, and even a candidate’s father.

The first ad for Andrew Yang, a former presidential candidate, was “Hope is on the way,” and it featured New Yorkers playing the role of cheerleaders for the city’s recovery from the pandemic.

Kathryn Garcia, the former hygiene officer, posted an ad called “Break Glass,” in which she talked about her skills as a crisis manager.

Tom Meara, a spokesman for NY 4 Kids, said the ad on behalf of Mr. Stringer needed a “unique messenger” to “break the mess” following the 2020 presidential election and pandemic.

The advertisements for Eric Adams, Brooklyn borough’s president and front runner, focused on his background as a former police officer and his plan to address the recent surge in violent crime in the city, while highlighting his history as an internal critic of the police force.

In her first ad, Maya Wiley, a former lawyer for Mayor Bill de Blasio, spoke about overcoming adversity after seeing her father die when she was 9 years old.

The ad, titled “Overcome”, goes on about her background as a civil rights attorney and how she will focus on crime and injustice as she works on “police re-education”.

Two unnamed candidates, Shaun Donovan, a former federal housing secretary, and Raymond J. McGuire, a former Citi executive, got on the airwaves early. Both men have super PACs that support their campaigns; Mr. Donovan’s was funded almost entirely by his father’s donations of $ 6.8 million.

But both remain in the second tier of candidates in the available polls, demonstrating the limits of advertising.