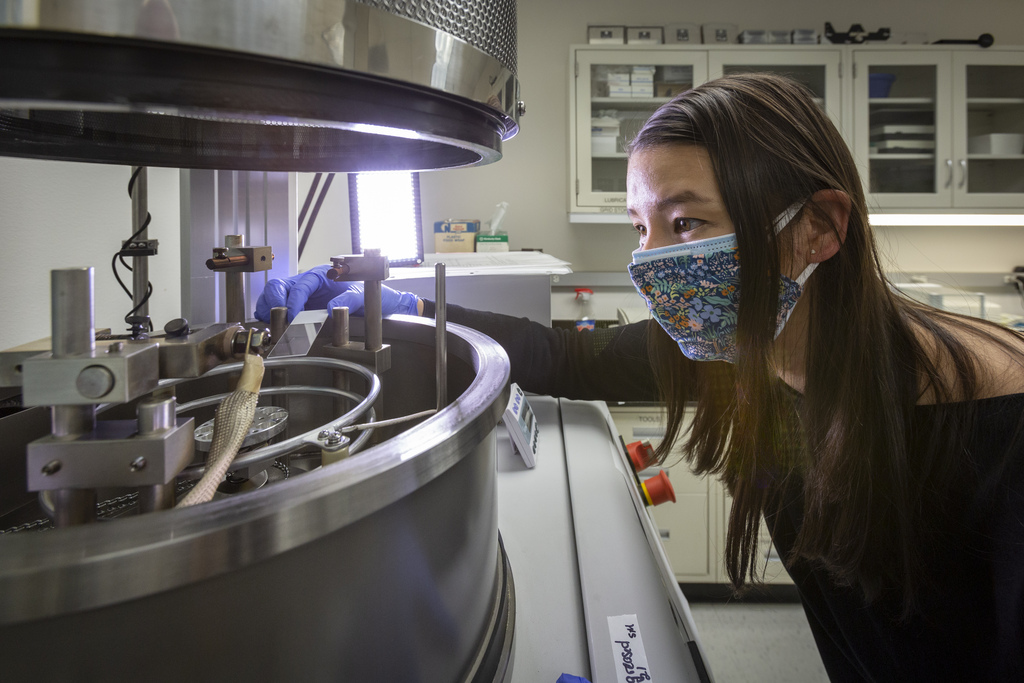 Dr. Melody Campbell was an undergraduate student when she first noticed the beauty and power of cryogenic electron microscopy (cryo-EM), a technique that uses extreme temperatures and an electron microscope to create 3D maps of proteins.

The picture was breathtaking and at that moment Campbell decided to focus her career on revolutionary technology.

“I’m a visual person,” said Campbell, now an assistant professor in the basic science department at the Fred Hutchinson Cancer Research Center. “There is so much you can learn about proteins from just looking at them.”

After more than a year of planning, Campbell started a new laboratory at the Hutch in February as part of the organization’s efforts to set up and develop cryo-EM. The technique offers a spectacular and useful insight into the structures of DNA to proteins and viruses – including the relevant current example of the coronavirus spike protein.

A clearer understanding of their structures could ultimately lead to new therapeutics and vaccines that target diseases from autoimmune diseases to cancer and infectious diseases.

“With Cryo-EM, structural biologists of all backgrounds, even an old crystallographer like me, can finally see the biological machines we’ve always dreamed of visualizing,” said Barry Stoddard, professor in Fred Hutch’s basic science department, who helped to advocate the new facility. 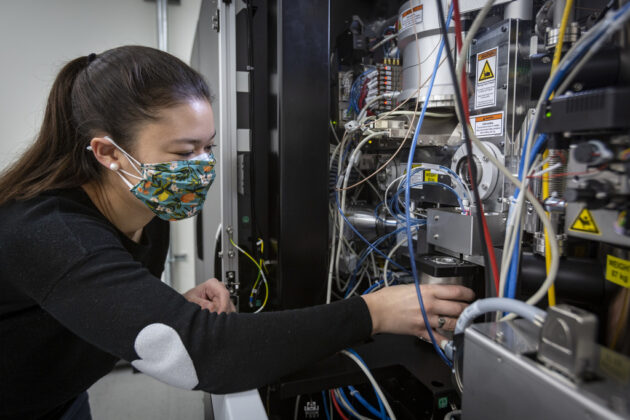 Cryo-EM is a breakthrough technique – three scientists won the 2017 Nobel Prize in Chemistry for their work on refining the tool – that allows researchers to see very small things like viruses or proteins.

The technology freezes the particles at -180 degrees Celsius and traps them in a thin film of non-crystalline ice. This process not only protects them, but also keeps them chemical or stain free in their natural environment. The scientists then use an electron microscope and computer algorithms to create a 3D model of the structure.

Previously, biologists could look at these tiny particles by crystallizing them and then using X-rays. But that technique generally only gave a static image, Stoddard said.

Stoddard, an expert on protein structure, offered the analogy of a horse picture. If you could just see one horse standing in a pasture, it would be difficult to imagine the horse running in the Kentucky Derby. Similarly, cryo-EM brings the complex movement and structure of molecules to life at high resolution so that researchers can better understand their movement and function.

These detailed pictures of the structure are useful when it comes to disease treatment development. Many drugs, including those used to fight cancer, bind to proteins. Seeing how proteins are structured can help researchers better understand their potential as new drug targets.

Campbell is particularly interested in a family of proteins found on the surface of white blood cells. These proteins play a role in autoimmune diseases and inflammatory diseases such as lupus. A deeper understanding of the structure and function of proteins is the first step in developing bespoke therapeutics.

Perhaps the most relevant current example of how other scientists are using this technology in action is the red spike protein on the now iconic image of the coronavirus. Understanding how COVID patient antibodies are bound to the virus’ spike protein eventually led to the development of robust therapeutics to fight COVID-19, Campbell said. Previous cryo-EM structures of related coronavirus spike proteins guided the development of the currently widely used mRNA vaccines.

“Its shape is so important to its function and how it works,” said Campbell. 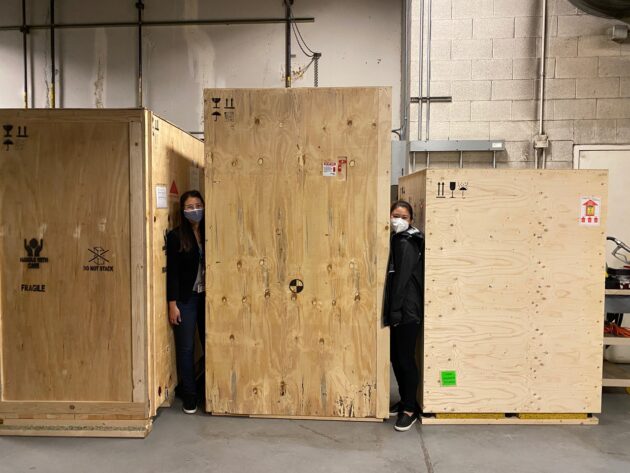 Setting up the Hutch’s new lab, priced at about $ 4 million, was “quite an adventure” that took about a year of preparation, Campbell said. The laboratory includes two electron microscopes: a Glacios and a Talos. Each is about seven feet tall.

“It’s ironic – you have to be bigger to see things that are smaller,” said Campbell with a laugh.

Along with their tall height, they also weigh thousands of pounds. In November the new machines arrived in several boxes on two huge trucks. It took half a day to unload them.

But the setup challenges didn’t stop there. The microscopes are very sensitive to electromagnetic interference, as is common in large cities like Seattle.

In fact, they’re so sensitive to vibration that even speaking loudly while working can result in a blurry image. To eliminate the interference, the Hutch team implemented an electromagnetic quenching device in the microscope housing that measures interference and emits perfectly perpendicular waves to suppress it.

To keep the samples frozen at -180 degrees Celsius, special equipment is required, including a Vitrobot or a freezing robot. In the microscope, the samples have to be kept in a vacuum to keep away other particles that could interfere with the electrons, the source of illumination. 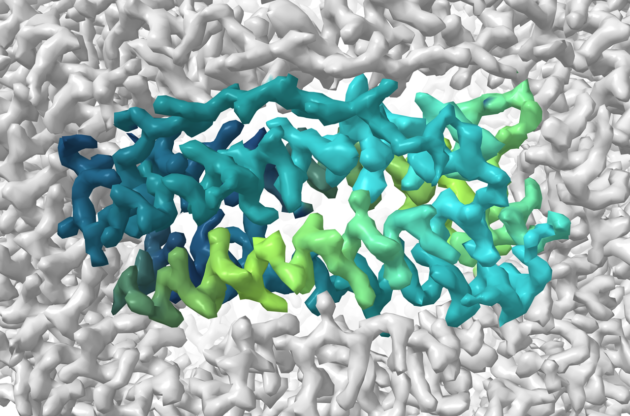 Campbell and her team collected the first high-resolution images of the new facility in March. The protein apoferritin is located in the intestine. (Fred Hutch picture)

In the earlier days, scientists working on imaging small particles sat in a dark room bent over a microscope, collecting data with film, and moving the microscope stage for each image. Campbell can now tell the microscope what data to collect and then leave it alone for three days.

“That made cryo-EM a lot more interesting and accessible,” she said.

At the Hutch, there are plans to build facilities and staff to revitalize and expand the field. Right now, they can look at a single protein or virus, but the hope is to expand to larger structures like cells.

Right now, a single protein is more than enough to cast a spell over Campbell. In March, she and her team collected the first high-resolution images: the protein apoferritin, which is located in the intestine and can store iron. Proteins are so small that they don’t have any color that humans can see. That’s why Campbell applied a deep ocean blue, turquoise, and bright green in honor of the Hutch color scheme.

“It was a test run, but also very exciting because all of these little things can go wrong,” said Campbell. “We already knew the structure, but it showed us that everything was going as it should be – a big sigh of relief.”