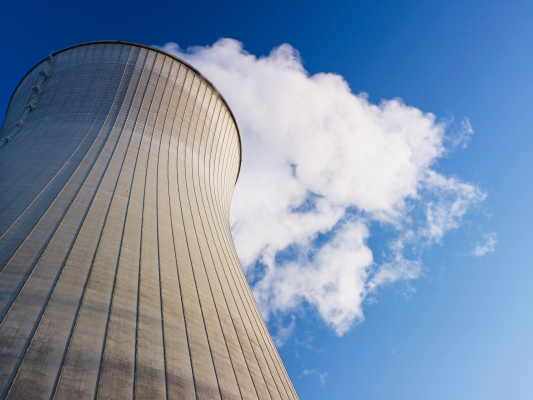 Tristan Abbey is President of Comarus Analytics LLC. He was senior policy advisor to the Senate Committee on Energy and Natural Resources and director of strategic planning for the National Security Council.

There is no question that burdens American energy and environmental policy more than nuclear waste. No, not even a changing climate, which can be a nasty problem but still receives a lot of counteracting attention.

It is difficult to paint the picture with a serious face. Let’s start with three main elements of the story.

First, nuclear power plants in the United States generate approximately 2,000 tons of nuclear waste (or “spent fuel”) per year. Because of its inherent radioactivity, it is carefully stored in various locations across the country.

Second, the federal government is responsible for figuring out what to do with it. In fact, power plant operators have deposited over $ 40 billion into the Nuclear Waste Fund for the government to deal with. The idea was to bury it in the “deep geological repository” of Yucca Mountain, Nevada, but this has proven politically impossible. Even so, $ 15 billion was spent on scoping.

Third, due to the Department of Energy’s inability to manage this waste, it just piles up. According to the latest data release from this agency, around 80,000 tons of spent fuel – hundreds of thousands of fuel elements with millions of fuel rods – are waiting for a final destination.

And here’s the twist: these nuclear power plant operators sued the government for breach of contract and won in 2013. Hundreds of millions of dollars are now paid to them each year by the US Treasury Department through a series of settlements and judgments. The running total is over $ 8 billion.

Fortunately, all of the aggregated waste takes up a relatively small area and there is temporary storage. Without an urgent reason to act, politics generally will not do this.

As attempts to find long-term storage continue, policy makers should try to recycle some of this “waste” into usable fuel. This is actually an old idea. Only a small part of the nuclear fuel is used to generate electricity.

Proponents of recycling envision reactors that use “reprocessed” spent fuel and extract energy from the 90% remaining after burnup. Even its critics admit that the underlying chemistry, physics, and engineering of recycling are technically feasible and instead attack the controversial economies and perceived safety risks.

So-called Generation IV reactors come in all shapes and sizes. The designs have been around for years – in some respects even back to the dawn of nuclear power – but light water reactors have dominated the field for a variety of political, economic, and strategic reasons. For example, Southern Company’s two conventional pressurized water reactors under construction in Georgia each have a capacity of just over 1,000 megawatts (or 1 gigawatts), standard for Westinghouse’s AP 1000 design.

In contrast, next-generation plants are only a fraction of the size and capacity and can also use different cooling systems: the 77-megawatt small-module reactor from NuScale Power of Oregon, the helium-cooled 50-megawatt helium reactor from General Atomics of San Diego, the fast modular one Reactor, Alameda’s 140 megawatt fluoride salt reactor, Kairos Power, etc. all have different configurations to suit different business and political goals.

Many Gen IV designs can either explicitly recycle used fuel or be configured to do so. On June 3, TerraPower (supported by Bill Gates), GE Hitachi and the State of Wyoming announced an agreement to build a demonstration of the 345 megawatt sodium design, a sodium-cooled fast reactor.

Sodium is technically able to recycle fuel for production. California-based Oklo already has an agreement with the Idaho National Laboratory to operate its 1.5 megawatt “microreactor” on spent fuel. In fact, the self-proclaimed “fuel of choice” for the design of the molten salt reactor at Elysium Industries in New York is spent nuclear fuel, and Flibe Energy of Alabama is promoting the waste incineration capability of its thorium reactor design.

The rise or fall of sophisticated reactors does not depend on solving the impasse of nuclear waste. While such reactors may be able to consume spent fuel, they do not necessarily have to. Nevertheless, promoting waste recycling would improve its profitability.

“Incentivize” is the code for “pay”. Policy makers should consider how Washington can make it more profitable for a power plant to recycle fuel than import it – from Canada, Kazakhstan, Australia, Russia and other countries.

Political support for advanced nuclear technology, including recycling, is stronger than expected. In 2019 the Senate confirmed Dr. Rita Baranwal as Assistant Secretary for Nuclear Energy in the Department of Energy (DOE). As a trained materials scientist, she has developed into a pioneer in recycling.

The new Biden administration has continued its largely bipartisan support for advanced nuclear reactors by proposing in its fiscal 2022 budget proposal that funding for the DOE’s Office of Nuclear Power be increased by nearly $ 350 million. The proposal includes specific increases in funding for research and development of reactor concepts (plus 32 million US dollars 145 million year-on-year).

In May, the DOE’s Advanced Research Projects Agency-Energy (ARPA-E) announced a new $ 40 million program to support research into the “optimization” of waste and disposal from advanced reactors, including through waste recycling. It is important that the announcement explicitly states that the lack of a solution for nuclear waste today is “a challenge” for the future of Gen IV reactors.

The debate is a reminder that recycling in general is a very chaotic process. It is chemical, machine and energy intensive. Recycling of all kinds, from critical minerals to plastic bottles, also creates new waste. Today the federal and state governments are very active in recycling these other waste streams, and they should be equally involved in nuclear waste.