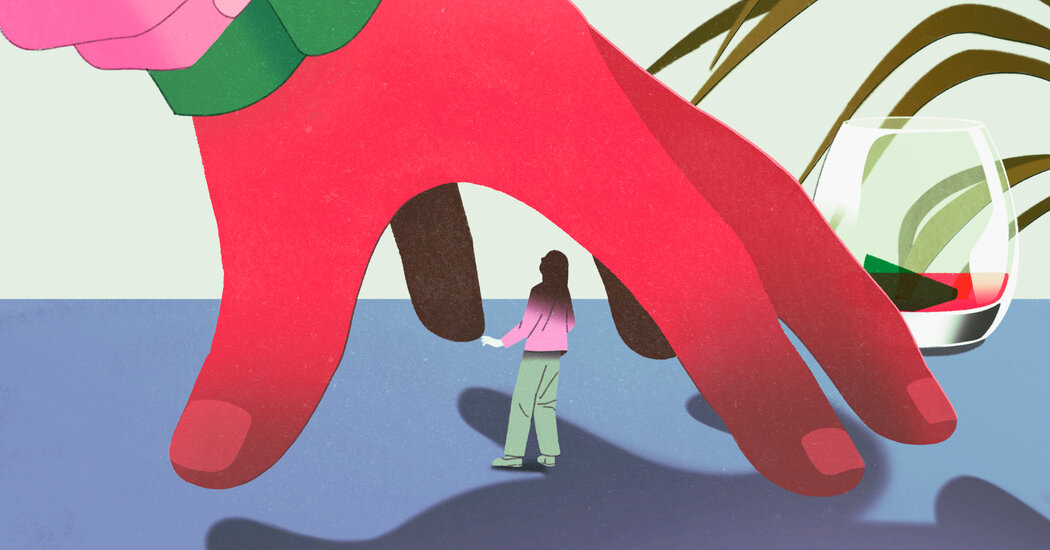 I was an intern at the Department of Defense and was attending happy hour at the office in July when a drunken executive – a man much older than me – started chasing me. He followed me along with other interns as we moved from group to group.

Eventually he cornered me asking about my favorite alcoholic beverages (even though I knew I was underage), my party habits, and my ethnicity, among other things. No matter what I replied, he kept pushing and responding with what sounded like sexual innuendo to me while standing too close. It was uncomfortable to say the least.

At the end of the night the situation escalated: the man broke through a group I was with and raced towards me in a manner that was alarming to me. Somebody intervened. An officer pushed him away from me, a colleague immediately picked up the interns and drove us home.

In the car, we discussed whether we should report the incident to our superiors. My colleague warned us not to be surprised if the reporting doesn’t come up with results. “Ultimately,” she said bitterly but compassionately, “the DOD is still a boys’ club.”

I had never experienced sexual harassment in the workplace before, but I knew the odds were against me. I was an intern in the Secretary of Defense’s office, which, among other things, deals with sexual misconduct in the military. I had seen the statistics: of the more than 6,200 reports of sexual assault by US soldiers in fiscal 2020, only 50 cases, 0.8 percent, led to convictions for sex offenses under the Uniform Code of Military Justice. While this legal framework generally only applies to members of the military and probably wouldn’t in my case, military culture permeates the Pentagon. I assumed that reporting my harassment would have no consequence other than damaging my reputation.

When I returned home that night, I began to downplay the incident in my mind. I watched with almost clinical distance as I began to gas myself. “I’m overreacting,” I said to myself. “That wasn’t such a big deal.”

I’m usually outspoken, but my instinct for self-preservation pushed me to stay calm and not report what happened. I was afraid of jeopardizing the internship I was looking forward to and the career I was just starting out. I was worried about hurting the relationships I had built in the office. I wondered who would believe the intern?

When I got to the office the next day, however, a reality awaited me that I had never imagined: the best-case scenario.

The man who intervened on my behalf, a senior military official, reported the incident and others present confirmed his testimony. I was told my molester quit shortly after the investigation into his crimes began. (I chose not to mention him and others mentioned here because my focus is not on the identity of the people mentioned, but rather on how their actions have influenced my experience.)

Most amazingly, I felt supported, safe, and validated throughout the experience. My fellow interns and I were interviewed and had the opportunity to speak to a manager individually about the incident.

Almost every woman I know has her own story of sexual harassment in the workplace, the majority of which ends without justice or accountability. Research has shown that nearly a quarter of US soldiers report having been sexually assaulted in the military.

So what happened that made this experience different? The military has been rightly criticized for its handling of sexual misconduct, which is why I found my experience as a civilian in the Department of Defense so remarkable. It is tempting to attribute my more positive experiences to attempts by a progressive government to combat sexual assault and harassment in the armed forces, or simply to the actions of a good man. But the answer is more complex.

First, a male officer reported what had happened. His seniority, gender, and military status may have helped convince the rest of our office of the gravity of the incident.

The actions of my attacker dehumanized me because they reduced me to a sexualized body in front of my colleagues. But the public nature of the incident made it hard for anyone to deny my experience – as so many men in power have done, from Andrew Cuomo to Bill Clinton to Brett Kavanaugh, when what happened was behind closed doors.

These crucial differences and the empathy of my colleagues have helped me to become human again. The officer who reported the incident believed that an injustice had been committed, and that corroborated me. I finally allowed myself to feel the horror, disgust, and compassion for myself that I had repressed. And in the days that followed, almost every woman in the office checked in with me. Most poignant: an email in my inbox the next morning from a military officer’s wife asking her to share her experience as a national security woman.

Some women told me their stories of harassment or sexual misconduct throughout their careers with intense intimacy and empathy. A service representative told me how after giving her business card to a foreign colleague on a trip abroad, he relentlessly called her and harassed her on the phone.

One of the managers of our office took on personal responsibility in a conversation with me in which he undertook to set up a bystander training. He also made sure that the consequences of this harassment were visible to others and convened a meeting with senior staff to discuss the matter. And he also showed sympathy for the molester: my boss offered him advice – a humane response that felt appropriate and even cathartic to me.

As horrific as it was, I realize that the circumstances of my harassment made me relatively happy in some ways. A group of 223 national security women signed an open letter in 2017 testifying to systemic problems with sexual misconduct and gender discrimination at the Department of Defense, the Department of State and Homeland Security, and other agencies and groups. (Some of the women who signed this letter later founded the Leadership Council for Women in National Security, which I do an internship with.)

I admire my older colleagues who have remained true to their careers even after the experiences they have shared with me. I love this job, but I don’t know if I would have continued this career path if my experience had been different.

It is scary to realize the fragility of the positive outcome of my story; It is even more frightening to imagine the countless women whose ambitions have been dashed because their stories of harassment, assault, or misconduct ended differently. It is important that women feel safe and empowered to work in traditionally male-dominated agencies like the Department of Defense – institutions that have a tremendous impact on US national security as well as the country’s international reputation.

Today I walk forward with self-confidence, dignity, idealism and respect for my colleagues and the agency I worked for intact, if not strengthened. It will affect my career and my ability to serve the United States for years to come.

Last month, I finally got the courage to tell the officer who intervened and reported on my behalf that I appreciate his work. I was surprised that I choked when I spoke. He distracted everything that came close to thanking you.

“It’s about protecting one another,” he said. Then he added, “It is an honor and a privilege to serve with you.”

The Times strives to publish a wide variety of letters to the editor. We’d love to hear your thoughts on this or any of our articles. Here are some tips. And here is our email: [email protected]