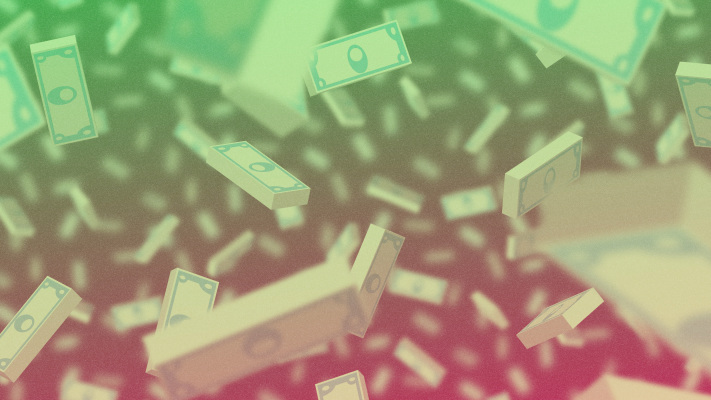 Pave, a San Francisco-based startup that helps companies benchmark, plan, and communicate compensation to their employees, has raised $ 46 million in a Series B. YC Continuity led the round, which was also attended by Andreessen Horowitz and Bessemer Venture Partners. The round comes eight months after Pave completed a $ 16 million Series A round. Today’s funding puts Paves at $ 400 million, down from $ 75 million a year ago.

Pave started with an ambitious goal: can it measure the pay of venture capital-backed tech companies in real time and help startups remove their comp table from spreadsheets? AngelList and Glassdoor have tried to create a similar benchmark-worthy set of data, but Pave may have an built-in advantage over companies that have previously tried to fix the same problem. Y Combinator, who helped incubate Pave and is now leading its latest round through its future capital vehicle, is one of the largest startup accelerators in the world. Of Pave’s 900 customers to date, one-third is from Y Combinator, and CEO Matthew Schulman sees only an increase in that number.

“YC’s deep support for Pave as a YC-influenced market leader in the burgeoning [compensation technology] The industry is and will be groundbreaking for our sales and the ability to have extensive data coverage in our benchmarking product, ”said Schulman. He compared Pave’s distribution channel to what fintech company Brex, also supported by Y Combinator Continuity, managed. The founder estimates that 60% of YC companies are active Brex customers.

Reliance on YC could pose a platform risk considering how often the accelerator invests in competitors – often within the same batch. However, an investment from Y Combinator Continuity running Series B and above rounds can be a signal that YC has found the Comptech player it wants to endorse. Ali Rowghani, the fund’s executive director and former COO of Twitter, joins Pave’s board of directors.

Data is everything to the startup and supports each of Pave’s three main services it offers to businesses. First, Pave uses market and partner data to help companies benchmark their employees’ salaries. Second, the startup integrates with HR tools like Workday, Carta and Greenhouse to give its customers a holistic picture of how employees are currently being paid and what makes sense for promotion cycles and salary increases. And third, the data work results in formal offers and compensation packages that employers can then offer new and old employees.

Pave’s current customers have data on over 65,000 employee files. The first product serves as a free top-of-funnel service, while the last two are paid services that are offered like any old enterprise software contract.

The world of pay is full of inequality, which leads to the gender pay gap and the gaps we can see in the market in terms of minority pay gaps.

Schulman sees one of the goals of Pave in getting companies to do their D&I analyzes not just once a year, but to carry them out consistently. The company plans to create diversity and inclusion specific dashboards that will allow companies to spot inequalities and access ways or suggestions to improve their breakdown.

“What is measured is improved,” said Schulman. Pave has started tracking its own compensation and diversity metrics in order to be more transparent with its employees and possibly inspire some companies to do the same. Approximately 33% of Pave’s workforce identify as women, compared to an industry average of 28.8%. Half of Pave’s executives and half of Pave’s board members identify as women. The company is committed to being “female or people from underrepresented groups” for 50% of its customer-facing roles, which include customer success managers and salespeople.

As Pave begins to disclose its own internal benchmarks, transparency about diversity is not yet a standard in tech companies – it’s much easier to get ratings than to get details about the make-up of historically overlooked people in companies. Pave recently launched the Pave Data Lab, which uses its data set to identify pay trends and inequalities in pay for tech workers. That said Pave does not currently require the companies it works with to upload gender and race information to their benchmarking tool and did not disclose what percentage of the companies on its platform share that data.

He hopes that sounds will make a difference. Pave’s compensation benchmarking data is now available to all companies for free, bringing more data and more standards to the confusing world of compensation.