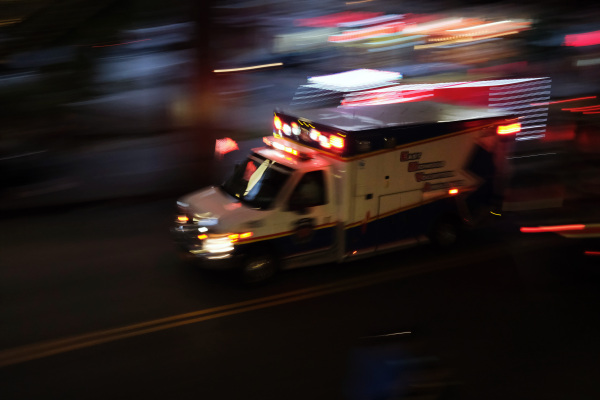 The final year of the pandemic was real and sometimes harrowing evidence of the importance of having efficient and well-equipped emergency services in place. They can help people remotely if they need to, and when they can’t they make sure that personal help in medical and other situations can be dispatched quickly. Today, a company developing cloud-based tools to aid this process announced a round of funding as it continues to grow.

RapidDeploy, which provides computerized shipping technology as a cloud-based service to 911 centers, has closed a $ 29 million round of funding, a Series B funding round that is used both to grow its business and further expand its SaaS -Tools is used that it makes available to its customers. From the start-up’s point of view, the cloud is essential in order to be able to carry out emergency measures as efficiently as possible.

“The response to 911 would have been triggered on a walkie-talkie in the early days,” said Steve Raucher, co-founder and CEO of RapidDeploy, in an interview. “Now the cloud has become the hub of signals.”

RapidDeploy, based in Washington, DC, delivers data and analytics to 911 centers – the vital link between callers for help and connecting those calls to the nearest medical, police, or fire department – and today has around 700 customers using RadiusPlus, Eclipse Analytics, and more Nimbus CAD products.

This equates to about 10% of all 911 centers in the US (7,000 total) and 35% of the population (there are more centers in cities and other dense areas). The footprint includes state coverage in Arizona, California, and Kansas. It also has offices in South Africa, where it was originally founded.

Funding comes from an interesting mix of financial and strategic investors. Under the leadership of Morpheus Ventures, GreatPoint Ventures, Ericsson Ventures, Samsung Next Ventures, Tao Capital Partners and Tau Ventures took part in the round. According to PitchBook data, the company had raised about $ 30 million prior to this final round. The rating will not be disclosed.

Ericsson and Samsung, as major players in the communications industry, have a keen interest in finding out what communications technology will be the next generation and how it will be used for critical services. (In fact, Motorola, a potential competitor of both, is one of the major leaders in legacy and current 911 communications.) AT&T is also a strategic go-to-market partner (sales and distribution) of RapidDeploy integrations with Apple, Google, Microsoft and OnStar to feed data into the system.

The emergency technology business is a fragmented market. Smoker describes them as “mom and pop” businesses, about 80% of which occupy four seats or less (evidence that much of the US is actually significantly less urban than its oversized cities suggest), and in many In some cases, many of them work with older devices.

In the US, things have changed in recent years – buffered by innovations like the Jedi Project and FirstNet, a next-generation public safety network. RapidDeploy’s technology ranks alongside (and competes with in some areas) companies like Carbyne and RapidSOS who are using innovations in cellphone technology to locate people and improve their service.

RapidDeploy’s technology is based on the RadiusPlus mapping platform that uses data from smartphones, vehicles, home security systems, and other connected devices and forwards it to its data stream, allowing a center to determine not only the location, but possibly other aspects of the caller’s condition as well. The Eclipse Analytics services are designed to act as a kind of assistant to these centers to support triage situations and provide insight into the response. The Nimbus CAD then helps to find out who to call and to get an answer.

In the longer term, the cloud architecture is to be used to introduce new data sources and communication channels between callers, centers and providers of emergency services.

“It’s more about being a triage service rather than a message counter,” said Smoker. “From our point of view, the platform will adapt to the needs of the customers. The tactical mapping is ultimately not big enough to cover this. We are thinking about unified communications. “Indeed, many of these services seem to be heading in this direction, which can only be good for us consumers.

“The future of emergency services lies in data that creates a faster, more responsive 9-1-1 center,” said Mark Dyne, founding partner at Morpheus Ventures, in a statement. “We believe that the platform developed by RapidDeploy will provide the breadth of functionality necessary to make the dream of next-gen 9-1-1 service a reality for rural and urban communities across the country, and we look forward to working with Steve in invest this future and his team. “Dyne joined the RapidDeploy board of directors with this round.