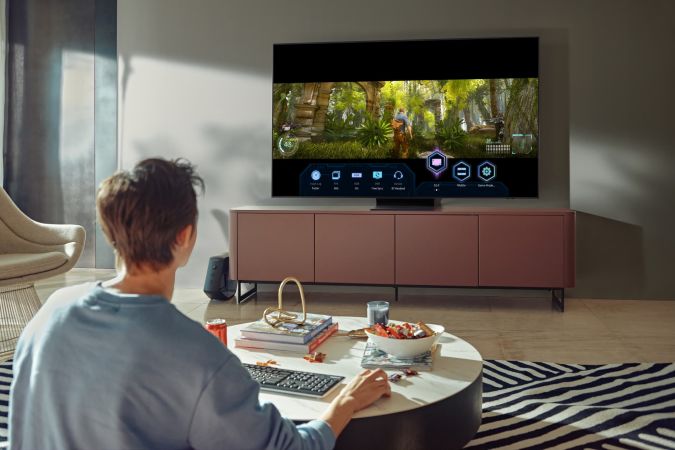 Samsung has announced prices for its 4K and 8K Neo QLED TVs, which use mini-LED technology with thousands of LEDs to increase backlight and brightness performance. The 4K models range from 55 “to 85” screen sizes, while the 8K TVs range from 65 to 85 “. Samsung says all models will ship next month.

At the top end of the Neo QLED 8K range is the QN900A series. The TVs are equipped with Quantum Matrix Technology Pro technology, which combines mini-LEDs with a backlight dimming system that is more precise than previous versions, according to Samsung. According to the company, the Neo Quantum Processor 8K can improve image quality through AI optimization from scene to scene.

There’s support for HDR10 +, 8K AI upscaling, and a refresh rate of 120Hz, while Samsung claims the TV can automatically configure 3D audio based on its positioning and room acoustics. The Multi View feature lets you view video from up to four inputs at the same time – ideal for keeping an eye on a sporting event or the news while watching a show or playing a game.

The Super Ultrawide GameView mode lets you play PC games at very large resolutions (think 21: 9 and 32: 9 ratios). The Game Bar feature allows you to check the frame rate per second, check the input delay, and adjust the wireless headset settings while playing the game. You also get the new solar powered remote control from Samsung that you can use to operate the TV.