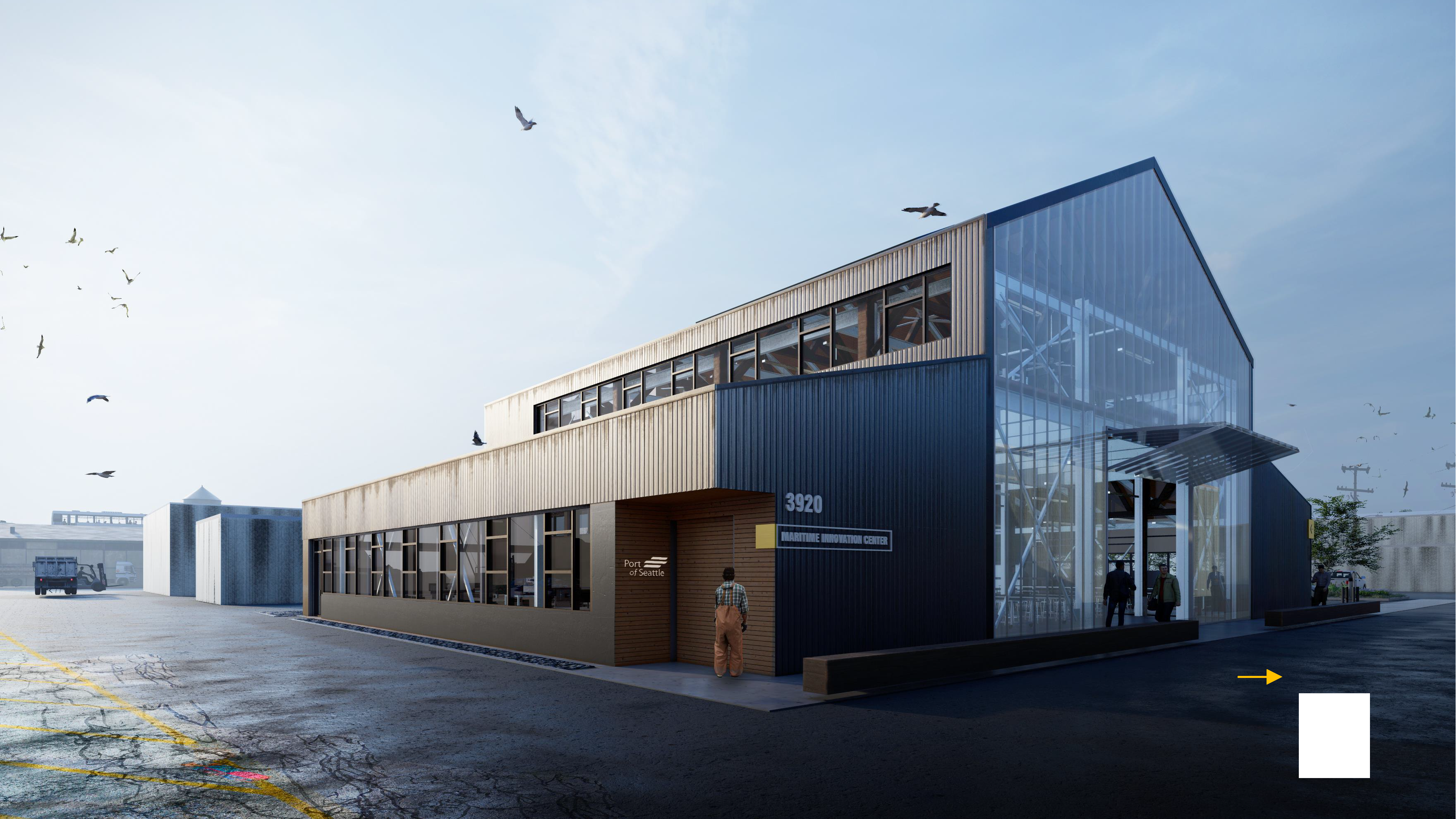 A representation of the new Maritime Innovation Center in Fishermen’s Terminal near the Ballard neighborhood of Seattle. (Port of Seattle picture)

The Port of Seattle and the nonprofit strategic alliance Washington Maritime Blue continue their efforts to combine the region’s longstanding maritime heritage with the modern innovation economy when they launched a new startup accelerator cohort last month.

The maritime accelerator program was first launched in early 2020 in collaboration with WeWork Labs, the startup incubator of the cooperating company. Participating startups get access to mentors and consultants as well as the opportunity to participate in workshops that guide entrepreneurs through challenges and obstacles.

As of year two, WeWork will no longer participate in the Accelerator, and Maritime Blue has stepped in to facilitate mentoring and programming. The Port of Seattle plans to provide a new physical space for the accelerator and other businesses with its new Maritime Innovation Center at Fishermen’s Terminal, one of the port’s properties near the Ballard neighborhood of Seattle. Construction on the project is expected to start this year. 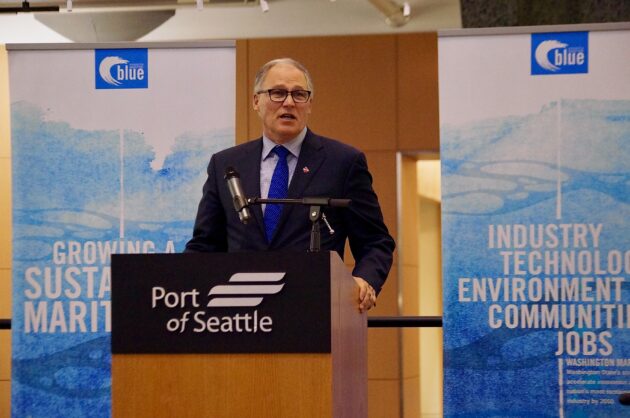 The blue economy: Maritime Blue was founded in 2018. It is part of a strategy by the Washington Department of Commerce and Governor Inslee’s Maritime Innovation Advisory Council to grow the region’s “blue economy,” a movement for the sustainable use of marine resources for economic growth.

Two of Maritime Blue’s main initiatives are based on those of the technology industry. These include Blue Capital to support early stage shipping investments and the Maritime Blue Innovation Accelerator.

“I couldn’t be more excited because it’s an extension of Washington State’s core values ​​system,” Inslee said at launch last year, referring to other local innovations in industries like retail, gaming, life sciences and agriculture.

In preparing for the second cohort, the organizers focused less on geographic location and more on the stage of a company. More than 100 startups applied and 11 participants were ultimately selected.

“By making the bezel bigger and showing them what’s here, we can show off our accelerator all over the world,” Carter said.

Five of the eleven participating companies are based in Washington State. The other startups come from the USA and one from Montreal.

In his welcoming speeches, Fred Fellman, President of the Port of Seattle Commission, described how the accelerator’s range fits into the port’s “vision of a globally competitive maritime industry anchored here in Puget Sound”.

The 4-month intensive program ends with a virtual demo day in May. In contrast to some accelerators, Maritime Blue does not take equity from participating companies.

“This cohort shows that maritime innovations are enormous – they range from pollution cleansing to carbon offsetting to efficient supply chains and manufacturing,” said Elizabeth Scallon, a former director of the WeWork Lab and a member of the Washington Maritime Advisory Committee Blue.

Here is a look at the 11 startups selected for the accelerator:

What’s next: Joshua Berger, chairman of Maritime Blue, told GeekWire that investor interest has increased since it launched last year. However, the connections between Pacific Northwest technology and marine communities are still new.

Commissioner Fellman said he was excited about the problem-solving potential of technology for public benefit, particularly through publicly funded programs.

“We need to be able to have trade and killer whales in the same waterway,” he said.

A second tech-inspired program will start this year with a stronger focus on geography, particularly the South Puget Sound region. Maritime Blue, in partnership with the city and port of Tacoma, has launched the Tacoma Maritime Innovation Incubator.

The new incubator, established from the Urban Waters Center, will focus on job creation in the Tacoma area, with an emphasis on port operations, shipping and logistics. The program will host three to four companies concurrently for 12 to 18 months, rather than the faster pace of the 4 month accelerator.

Together, the Port of Seattle and the Port of Tacoma are the fourth largest cargo port in North America, according to the Northwest Seaport Alliance, with an economic activity of 12.4 billion US dollars in Washington State.