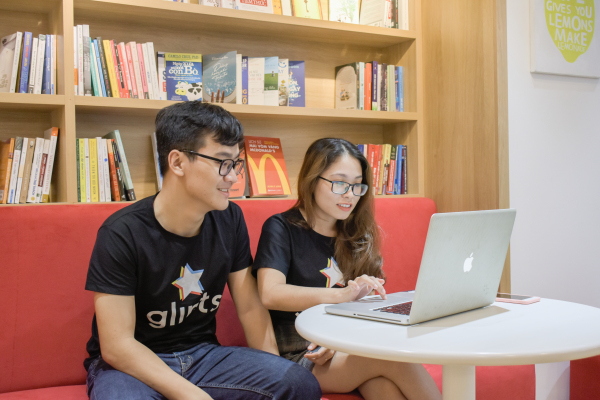 Glints, the Singapore-based career platform, announced today that it has raised $ 22.5 million in Series C funding led by Japanese human resources firm PERSOL Holdings. The new capital will be used to expand Glints in Singapore, Indonesia, Vietnam and Taiwan, as well as to recruit its product and development teams.

Founded in 2013, Glints says it has been used by more than 1.5 million professionals and 30,000 organizations including Gojek, Tokopedia, Starbucks and Mediacorp. Most of its current users are in the technology and financial services sectors, but Glints has a “broad horizontal focus on young to medium-sized professionals” and its long-term goal is to be industry-independent, Yeo told TechCrunch.

Glints differs from other job platforms active in its markets such as LinkedIn, JobStreet and CakeResume, among other things, in that it builds a “full stack” of services for people who want to advance their careers. In addition to its job market, which according to the company has more than 7,000 entries and 4 million visitors each month, Glints also offers community functions and qualification measures such as online courses.

One of Glints’ value proposition is to help companies, particularly in the technology space, address the regional talent shortage, an issue that was recently covered in a comprehensive report with Monk’s Hill Ventures.

One of the solutions highlighted in the report is hiring teams in various Southeast Asian countries to address talent crises in certain markets such as Singapore. According to Glints, TalentHub, its cross-border remote working hub, doubled its business in 2020 as the pandemic also made employers more open to hiring remote workers.