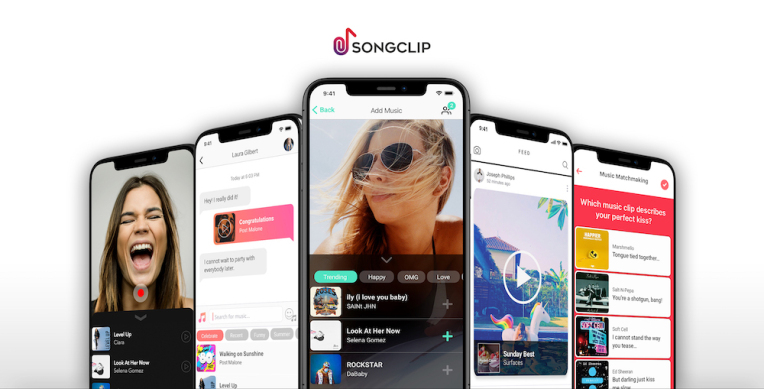 The team behind Songclip believe that social media could use more music.

Yes, music is a big part of the experience with a handful of apps like TikTok and Triller, but Songclip co-founder and COO John vanSuchtelen told me, “This is not the end as music is going to be a feature a beginning.”

He added, “For the next nine to twelve months … just like you never have a phone without a camera, you won’t have an app without music clips to function when creating videos.”

That is what vanSuchtelen and his co-founder and CEO Andy Blacker hope to make possible with Songclip, which announced today that it has raised $ 11 million in new funding.

The startup has created an API that allows users to search for and share music when integrated with other apps (current integrations include the photo and video editing app PicsArt). VanSuchtelen said that Songclip, like Giphy, plans to promote a new media format – the short audio clip – and make it available to a wide range of services.

“If I said,” I’ll send you a four-minute song, “it just won’t work that way, that’s how we stop communicating,” said vanSuchtelen. “How do you take the music and turn it into the bite you want to use in a social context?”

For this purpose, according to Blacker, Songclip not only licenses music, but also its own tags and clips. At the same time, it provides tools for music labels to protect their intellectual property and provides data on how people interact with music. And unlike Giphy, Songclip doesn’t want to build a consumer brand.

All of this involves a combination of human editors and technology. Blacker said the human element is key to understanding the nuances of songs and their associations, like the fact that Simon & Garfunkel’s “Bridge Over Troubled Waters” isn’t really about bridges or water, or that Katrina and the Waves are “walking on Sunshine “Is a happy song, although it does not contain the word” happy “.

Songclip has now raised a total of $ 23 million. The new round was led by Gregg Smith from Evolution VC Partners. The Kraft Group, Michael Rubin, Raised in Space, Gaingels and Forefront Venture Partners took part, as did industry managers Jason Flom and Steve Greenberg and the band AJR.