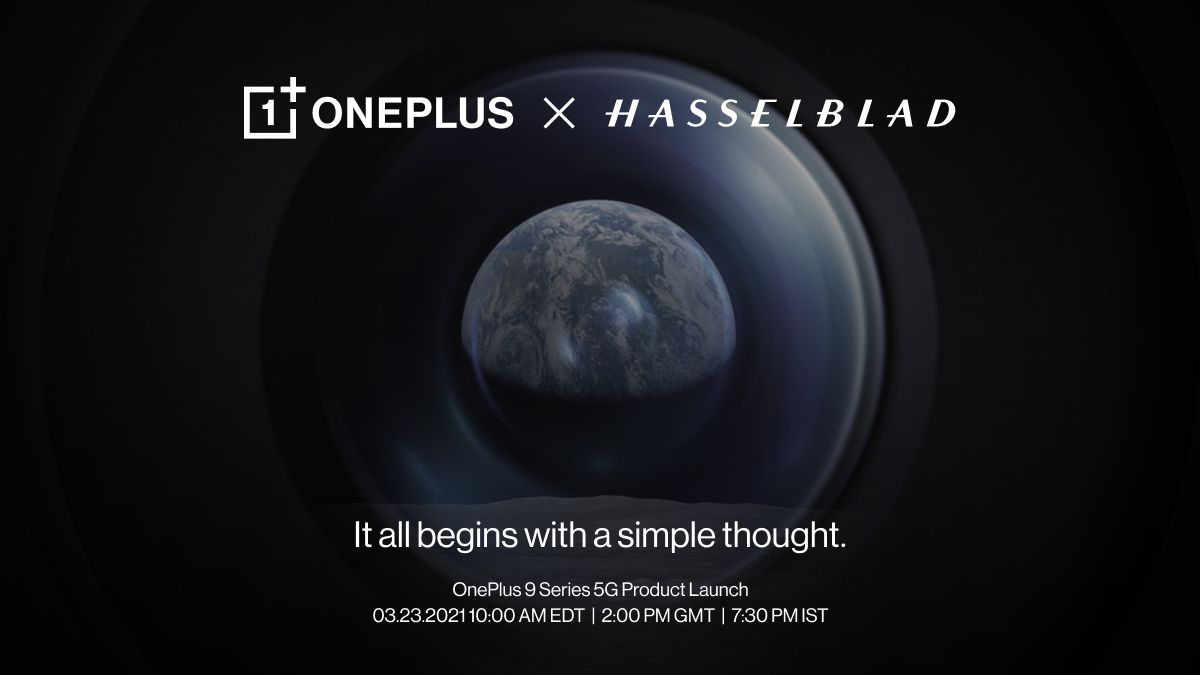 OnePlus will showcase its latest flagship smartphones – the OnePlus 9 5G series – during a launch streaming event on March 23 at 9 a.m. Eastern. And when these phones make their debut, they pack cameras that have been tuned by 180-year-old Swedish camera maker Hasselblad.

“With OnePlus’ world-class hardware and computer photography and Hasselblad’s rich aesthetic knowledge in traditional photography, I am confident that the OnePlus 9 series will represent a great step forward in our ability to deliver a premium flagship camera.” OnePlus CEO Pete Lau said in a press release.

The news of the partnership won’t come as a surprise to fans of the company: Leaked images of an unreleased OnePlus device with Hasselblad branding have been circulating for weeks. More recently, OnePlus has released a number of space-themed teasers that diagonally relate to the deal. (Hasselblad has been supplying NASA with cameras for use in space for decades, including the venerable Hasselblad 500EL that landed on the moon with Neil Armstrong and Buzz Aldrin.) But what does this deal mean for the OnePlus camera experience?

At the beginning, the OnePlus 9 series should benefit from the “advanced color calibration” developed jointly by both companies. In short, users should expect more accurate, natural-looking colors for photos taken with the OnePlus 9 Pro and beyond. And since Hasselblad deals almost exclusively with high-quality medium format cameras, it may go without saying that special attention was paid to the Pro mode of the OnePlus 9 series. In addition to typical functions such as direct control of ISO, focus, exposure time and more, users in Hasselblad Pro mode can also take photos as 12-bit RAW files and work with an editing interface that is inspired by Hasselblad’s own Phocus image processing app . On the video front, OnePlus is offering that the Hasselblad brand cameras offer “enhanced” HDR video recording as well as support for 4K 120FPS and 8K 30FPS recordings.

Aside from Hasselblad, the OnePlus 9 Pro is expected to ship with four rear cameras, and the company announced some new details about it this morning. The phone’s main camera will use one of Sony’s new IMX789 sensors that we heard were specifically designed for the upcoming OPPO Find X3. (Given that OnePlus is jointly owned by OPPO, this really shouldn’t come as a shock.) OnePlus also confirmed that its latest ultra-wide camera will use something called a “freeform” lens – as seen on the Huawei Mate 40 Pro + and all running distortion in these spacious photos is as good as eliminated.

With that in mind, there are some notable things. For one, despite OnePlus’ acceptance of space imagery, the company didn’t mention a pixel-like astrophotography mode in its recent teasers. Additionally, Hasselblad’s contract with OnePlus will last for three years, and it is unclear how OnePlus’ approach to color science could change after the partnership expires. Nor is this Hasselblad’s first attempt at a smartphone partnership. Years ago, the company worked with Motorola to develop a separate 12-megapixel camera that is magnetically attached to Moto Z smartphones. (Spoiler alert: It was just fine.)

As it turns out, the OnePlus 9 is just part of the company’s plans to set new standards for smartphone photography. Over the next three years, OnePlus has pledged $ 150 million to advance four camera research and development centers around the world and to experiment with new camera components and technologies to be introduced in future devices. Currently Up to Date: Developing panoramic cameras with a 140-degree field of view and new lenses to improve autofocus for selfies, though the company quickly realized its efforts could go well beyond these projects.

OnePlus cameras have steadily improved over the years, but have so far lagged behind competitive offerings from companies like Samsung and Apple. With this multi-year deal, OnePlus seems poised to dramatically improve its photo game, but keep us cautiously optimistic for now. With luck, the company’s launch event on March 23rd will have plenty of sample images – and more juicy details about its Hasselblad deal – for us to ponder.