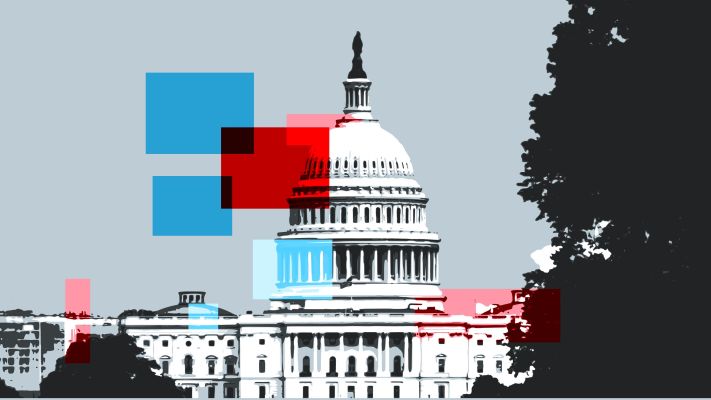 The first major reform proposal under Section 230 of the Biden era has appeared. In a new bill, Senate Democrats Mark Warner, Mazie Hirono, and Amy Klobuchar propose changes to Section 230 of the Communications Decency Act that would fundamentally change the 1996 law that is widely credited with maintaining the modern Internet.

Section 230 is a legal shield that protects internet companies from the user-generated content they host, from Facebook and TikTok to Amazon reviews and comments. The new bill, known as the SAFE TECH Act, would take a number of different measures to change how it works.

First, it would fundamentally change the core language of Section 230 – and given the conciseness of that snippet, any change is a big change. In the new language, Section 230 would no longer provide protection in situations where payments were required.

Here is the current version:

“No provider or user of an interactive computer service should be treated as
the editor or speaker of another’s briefing
Information content provider. “

And here are the changes the SAFE TECH Act would make:

No provider or user of an interactive computer service is treated as
the editor or spokesman of one speech provided by another
Information content provider, except to the extent that the provider or user has
accepted payment to make the speech available or to create all or part of it
or funded the creation of the speech.

That might not sound like much, but it could be a massive change. In a tweet promoting the bill, Sen. Warner called online ads a “key vector to all types of fraud and fraud”. Hence, the purported aim is to investigate platform abuse in advertising. However, in the current language, it is possible that many other types of paid services could be affected, from Substack, Patreon, and other types of premium online content to web hosting.

“A good attorney might argue that this covers many different types of agreements that go well beyond paid advertising,” Jeff Kosseff, professor of cybersecurity law at the US Naval Academy who authored a book on Section 230, told TechCrunch. “Platforms accept payments from a variety of parties to make speech available to the public. The bill doesn’t limit the exception to cases where platforms accept payments from the speaker. “

Internet businesses large and small rely on Section 230 for protection, but some of them may need to rethink their businesses when the rules proposed in the new bill go into effect. Oregon Senator Ron Wyden, one of the original authors of Section 230, noted that the new bill had some good intentions, but warned strongly of the setback its unintended consequences could cause.

“Unfortunately, as written, it would destroy every part of the open Internet and cause massive collateral damage to online language,” Wyden told TechCrunch, comparing the bill to a full repeal with added confusion from a number of new exemptions.

“Liability for all business relationships would result in web hosts, cloud storage providers and even paid email services freeing their networks of controversial talk,” said Wyden.

Fighting for the Future Director Evan Greer reiterated the view that the bill was well-intentioned but shared the same concerns. “… Unfortunately, as written, this bill would have enormous unintended consequences for human rights and freedom of expression,” Greer said.

“Section 230 creates a huge spin-off that affects not just advertising, but essentially all paid services like web hosting and CDNs, as well as small services like Patreon, Bandcamp and Etsy.”

Given the focus on advertising and cases where a company has accepted payments, the bill may be too broad and narrow at the same time to offer effective reform. While online advertising, especially political advertising, has become a hot topic in recent platform crackdown discussions, the vast majority of violent conspiracies, misinformation, and organized hatred are the result of organic content, not what pays for or what is advertised. The role of algorithms is also not discussed, a particular focus of a narrow reform proposal under Section 230 in the House of Representatives of Anna Eshoo (D-CA) and Tom Malinowski (D-NJ).

The other part of the SAFE Tech Act, backed by a number of civil rights organizations, including the Anti-Defamation League, the center to combat digital hate and color change, addresses some of these grievances. By adding 230, the new bill would expose internet companies to higher civil liability in some cases and allow victims of cyber stalking, targeted harassment, discrimination and death to file lawsuits against these companies rather than immediately blocking these types of lawsuits.

The SAFE Tech Act would also create a spin-off that would allow individuals to seek court orders in cases where an internet company’s handling of material they host could cause “irreparable harm” and lawsuits against US internet companies for human rights violations to be admitted abroad.

In a press release, Senator Warner said the aim was to update the 1996 law to adapt it to modern needs:

“A law to encourage service providers to develop tools and guidelines to aid effective moderation has instead given online providers complete immunity, even when they do nothing to combat the predictable, apparent, and repeated abuse of their products and services to cause harm, “said Warner.

There’s no shortage of ideas for reforming Section 230. Including: the bipartisan PACT bill by Senators Brian Schatz (D-HI) and John Thune (R-SD), which focuses on moderation transparency and federal and state corporations Faced with less coverage, regulators and the EARN IT Act, a sweeping bill by Senators Lindsey Graham (R-SC) and Richard Blumenthal (D-CT) that 230 defenders and advocates of Internet freedom consider unconstitutional, overly comprehensive and catastrophic.

With so many proposed Section 230 reforms floating around, there is no guarantee that a law like the SAFE TECH Act will prevail. The only thing that is certain is that we will hear a lot more about the tiny law that is having enormous ramifications for the modern internet.