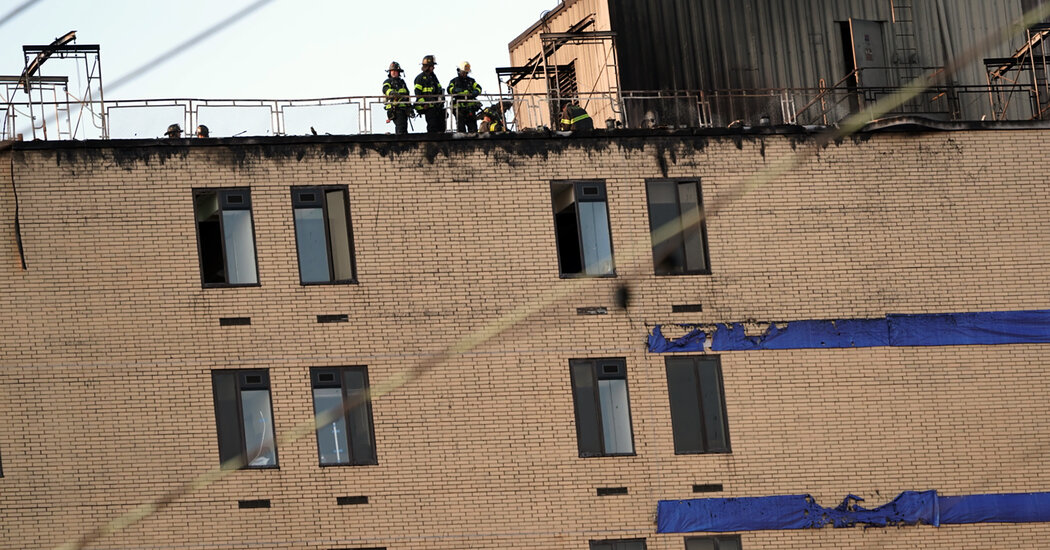 Two people suffered minor injuries after a fire broke out on the roof of St. John’s Episcopal Hospital in Queens on Friday, firefighters said.

Rescue workers received reports for the first time that a large cloud of black smoke rose from the top of the hospital in the Far Rockaway neighborhood around 5:15 p.m., they said. The fire was completely extinguished within an hour, the authorities said.

Videos posted on social media showed the hospital’s cloud of smoke billowing over the sea and visible in several sections of the district.

Patients and staff in several departments, including the hospital’s emergency room, were evacuated when the fire broke out, city officials said, while others stayed in place as rescue workers ransacked the building. Officials said the two injured should be transferred to other hospitals.

Queens District President Donovan Richards said in an interview that the fire was on the roof and that the 11th floor of the hospital was water damaged. He also said some patients who were in the hospital had been moved as a precaution, but the hospital had resumed operations by Friday evening.

According to the fire brigade, the cause of the fire was still unclear on Friday evening.

Tyler Holgate said he and his brother were visiting their mother in her 11th floor room on Friday when he saw smoke outside her window.

“Two minutes later we couldn’t see anything in front of the window,” says Holgate, 26. “We ran out and told the nurse that it was on fire. They had no idea. “

His mother was safely evacuated to another floor, he said.

St. John’s Episcopal is an independent hospital with a capacity of 257 beds and the only medical center offering emergency and outpatient care on the Rockaway Peninsula. The area is among the hardest hit by the coronavirus in New York City. The hospital has recently been the subject of cuts that would drastically reduce its capacity.

Messages left to a hospital spokesman were not returned on Friday.