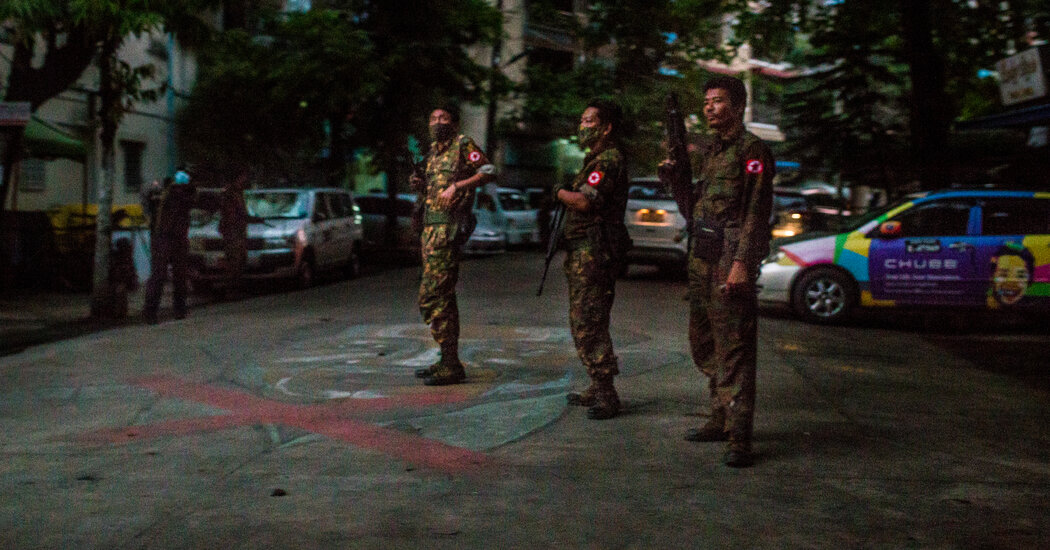 The 193-strong panel also called for an arms embargo against Myanmar and unhindered humanitarian access to stop the country from sliding into poverty, dysfunction and despair.

The adoption of a resolution with these demands by 119 votes to 1, with 36 abstentions and 37 non-voting members was not the overwhelming consensus the authors had originally sought. But it still represented the most widespread condemnation of Myanmar’s military commanders, who gained total control on February 1 and basically ignored any efforts to restore that country’s fragile democracy.

“We cannot live in a world where military coups are becoming the norm,” said General Secretary António Guterres, who was elected for a second five-year term on Friday, before the General Assembly passed the resolution. “That is totally unacceptable.”

Olof Skoog, a Swedish diplomat who represents the European Union delegation to the United Nations, praised the result.

“It sends a strong and strong message,” he said. “It delegitimizes the military junta, condemns its abuse and violence against its own people, and demonstrates its isolation in the eyes of the world.”

Myanmar’s path from decades of military rule to a democratic transition in recent years – and then abruptly and violently back to military rule this year – has turned the Southeast Asian country of 54 million people into one of the most acute crises in the world.

Historians say it was only the fourth time since the end of the Cold War that the General Assembly passed a resolution condemning a military coup, and it was a rare occasion when the panel also called for an arms embargo.

Although the General Assembly resolutions are not binding, the resolution on Myanmar was a sharp diplomatic slap in the face of the generals who acted with impunity. Such global criticism refuted the junta’s claims that it was not isolated and could continue to do business with the outside world.

The yes votes also included one of Myanmar’s ambassador, Kyaw Moe Tun, who speaks for the country’s ousted civilian government and opposes the junta’s resignation.

The only no-vote was cast by Belarus, which has itself been widely criticized for its strict suppression of internal dissent.

Perhaps more surprising was the abstention of China, Myanmar’s giant neighbor, which has heavily invested in the country and taken subtle steps that suggest it might accept the junta’s legitimacy.

But China did not want to get embarrassed at the United Nations either, where it is now the second largest donor nation after the USA. And Chinese leader Xi Jinping, who has been criticized for the aggressive way in which China is projecting its growing economic and military power, recently ordered its subordinates to portray the country as a “credible, humble and respectable” member of the global community.

The resolution called on the junta to “end the state of emergency, respect all human rights of the people of Myanmar and enable sustainable democratic transition in Myanmar”.

It also called on the Myanmar Armed Forces to “immediately and unconditionally release” civilian leader Daw Aung San Suu Kyi, President Win Myint and other officials, politicians and “anyone who has been arbitrarily detained, charged or arrested”.

The resolution stressed the need to halt crackdown on coup plotters, which killed hundreds of people, and called on “all member states to prevent the flow of arms into Myanmar” – essentially an arms embargo.

China has objected in the more powerful Security Council to similar versions of the General Assembly resolution in which China has vetoed as a permanent member. The 15-member council did not take decisive action in relation to the coup in Myanmar, which has created widespread frustration among many UN diplomats and human rights groups.

The General Assembly resolution was the result of extensive negotiations involving diplomats from the European Union and other Western nations, as well as the ten-member Association of Southeast Asian Nations known as ASEAN, a group that includes Myanmar.

The adoption came after the Secretary-General’s Special Envoy for Myanmar, Christine Schraner Burgener, privately informed the Security Council of her dire assessment of what was going on in the country, where a low-level insurrection is defying military control and paralyzing basic government functions or severely disturbed. The junta has denied Ms. Burgener entry, but she has extensive contacts there.

“The situation on the ground in Myanmar is very worrying,” she told reporters after her appearance on the Security Council. “The violations are getting bigger, with violence in regions that we have never seen before.”

She predicted that by next year without humanitarian intervention and other remedial action, half the country would be living in poverty.

Ms. Burgener’s efforts to visit Myanmar have been repeatedly thwarted by the coup leader, Senior General Min Aung Hlaing, who has met with ASEAN officials but has shown no inclination to restore civil administration.

The junta’s judiciary this week charged Ms. Aung San Suu Kyi, the Nobel Peace Prize laureate who spent many years under house arrest during the junta’s previous reign, with crimes ranging from breaching official secrecy to unauthorized possession of walkie-talkies.