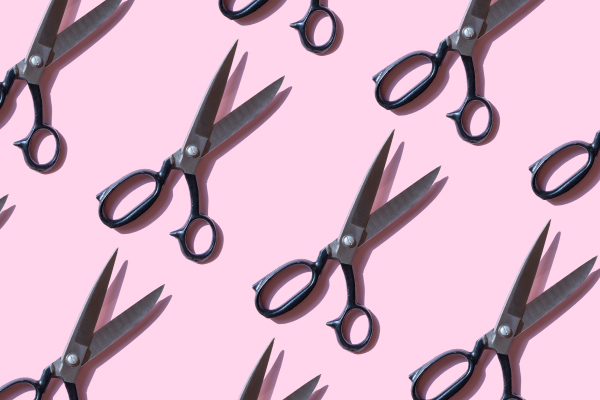 Digitizing your haircut might not be on your 2020 bucket list, but 2021 has an even more surprising item: Tech-powered barbershops are now close to a billion dollars worth of business proposition.

Squire is a back-end barbershop management tool for independent businesses. I first treated it in the first few months of the COVID-19 pandemic. The startup raised millions of dollars across the country days before shutting down its key clientele – barber shops. The company eventually shifted from defense to offensive in its growth strategy, becoming a key partner for any hairdresser who needed to offer contactless payment, digital appointment booking, and a more seamless customer experience for a generation used to doing everything online.

This week, Squire tripled its rating thanks to a round led by Tiger Global. The company is now worth $ 750 million after being valued at around $ 75 million when we first talked to it.

When I spoke to co-founder Dave Salvant, who founded the company with Songe LaRon in 2016, he explained how the company is now able to expand into other barbershop-specific value propositions – either through acquisitions or partnerships. For example, this week Squire announced that it had launched a payments processing division with Bond, a venture-backed fintech infrastructure company. The company has also teamed up with Gusto to offer HR services to its clientele. Salvant noted how the advancement of technology, especially financial services, allows them to offer a strong product without having to build everything themselves.

While these are partnerships for now, I wouldn’t be surprised if we saw Squire begin to find companies that can unlock value from their existing records on how hair salons work and the capital that goes in and out of those doors.

It’s a company to watch out for and that fits the narrative of pandemic-ridden, then-proven startups looking to expand with new capitalization. Less common, however, is that Squire is now on its way to becoming a historic and unfortunately still rare black-headed unicorn. The more data points the better.

In the remainder of this newsletter, we’ll discuss Robinhood’s public debut and why a CEO thinks everyone has to be him for a day. You can find me on Twitter @nmasc_.

Robinhood’s long-awaited IPO is not long awaited. After trading at the lower end of their range, the stocks in the consumer investment and trading app fell sharply, hovering between 8% and 10%.

Here’s what you should know: Equity IPO expert and co-host Alex Wilhelm gave us two reasons Robinhood’s stock has fallen. After all, we’re used to pops in the world of consumer-centric tech companies.

Robinhood made a large portion of its initial public offering available to its own users. Or, in practice, Robinhood throttled early retail demand by offering its investors and traders stocks at the same price and access level as major investors. It’s a nice idea. In doing so, however, Robinhood may have lowered retail interest in its stocks and may have reshaped its early supply-demand curve.

Or maybe the company’s warnings that its trading volume could decline in the second quarter of 2021 scared off some bulls.

Now that free beer is no longer a company advantage, perhaps the next best thing has emerged: Let everyone in your company become CEOs for a day. Vincit CEO Ville Houttu implemented this program in his company in 2018 and said the initiative has paid off “tenfold”.

This is how it works per company:

The program gives our employees the reins for 24 hours with an unlimited budget. The only requirement? The CEO must make an ongoing decision that will help improve the work experience of Vincit employees. Whatever the CEO of the day decides, the company stays. They can buy something for the company, change a policy, update a tool we use … Really, anything they can think of can be done.

You can see the resulting guidelines in our story, but in my humble opinion the end result is definitely better than free beer.

For more public market news, subscribe to The Exchange by Alex Wilhelm and Anna Heim.

We talk about this later,