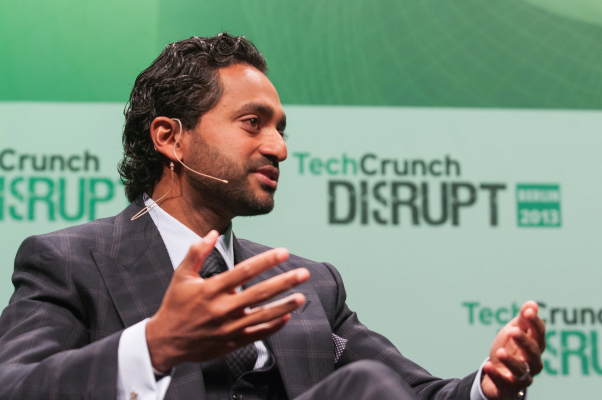 The man who probably ushered in the current SPAC rush with the merger of Virgin Galactic with his holding company Social Capital Hedosophia has sold the rest of his personal stakes in the space tourism company. Chamath Palihapitiya, who serves as Virgin Galactic’s chief executive officer, still owns 6.2% of the company’s shares in partnership with investor Ian Osborne, but his solo holdings are now zero.

Palihapitiya sold 3.8 million shares in December 2020 and found that he sold that equity “to help management [his] Liquidity ”to“ finance several new projects from 2021 ”. At the time, Palihapitiya said he was “committed and excited about the future of SPCE [Virgin Galactic’s stock ticker on the NYSE]. ”

Please note that I submitted a Form 4 for the sale of 3.8 million SPCE shares. I sold these stocks to manage my liquidity as I am funding several new projects starting in 2021. I remain committed and excited about the future of SPCE. I just wanted to be transparent https://t.co/OsUaVgVwKF

This week’s sale comprised 6.2 million shares, raising Palihapitiya approximately $ 213 million. He has not yet commented on this last sale, and we have asked Virgin Galactic for additional context and will update it if we hear anything.

Virgin Galactic has had some setbacks in its testing program that has postponed the scheduled date of its first paid commercial tourist flights to 2022, from an earlier destination from sometime this year. The company appointed Disney Parks head Michael Colglazier as its new CEO last July, replacing George Whitesides, who took up a position as chief space officer before it was announced on Thursday that he was leaving the company.

Space as a sector has been a hotspot of SPAC activity lately. Over the past year, mergers have been announced for a number of companies including Astra, Spire, Rocket Lab, BlackSky, and Momentus. Virgin Galactic is one of the earliest to be closely watched by anyone looking for a yardstick by which to measure tactics. The company’s share value is down just over 5% prior to entering the market and has declined steadily since hitting an all-time high in mid-February.