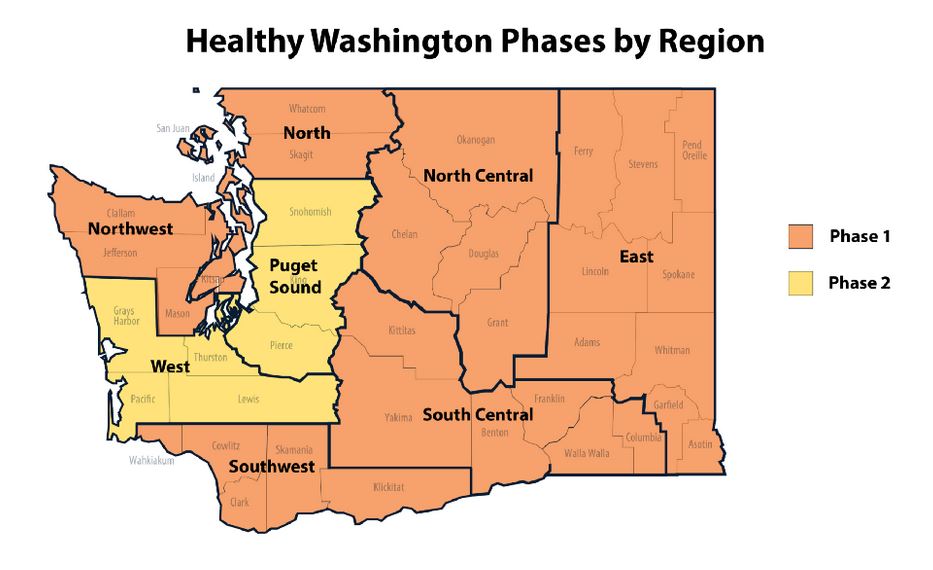 Seven counties in Washington will be easing their COVID restrictions starting Monday.

Governor Jay Inslee announced Thursday that COVID-19 restrictions will be eased in seven counties in West Washington starting Monday. These include counties with technology centers like Seattle, Redmond, and Bellevue, as well as Tacoma and Olympia.

Most of the state will remain in phase 1 lockdown conditions, while the seven counties will go into phase two.

Since early January, Washington’s counties have been grouped and rated by region to determine what business and recreational activities are allowed to help slow the spread of COVID. According to an updated plan, regions must meet certain criteria in three out of four metrics before moving on to a phase with fewer restrictions. These benchmarks include:

None of the state’s counties saw a decline in new cases, although the data compared is from late December compared to the first two weeks of January through January 16 due to delays in reporting. 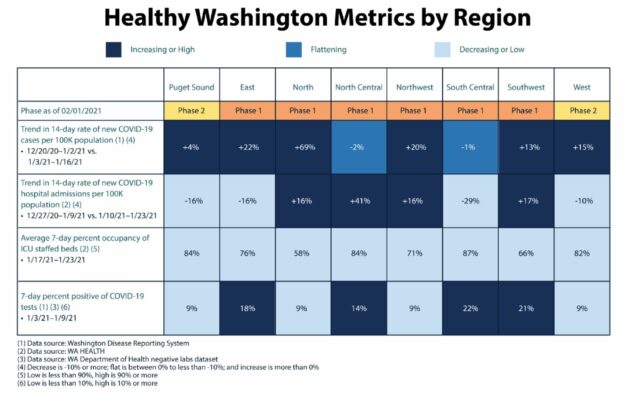 COVID metrics for regions in Washington state as provided by the governor’s office.

Under the rules of the second phase as set out in the Governor’s Healthy Washington – Roadmap to Recovery, companies can resume limited indoor services. Some of the most notable changes are:

Regions are assessed every two weeks and return to the first phase if they no longer meet the criteria for at least three categories.