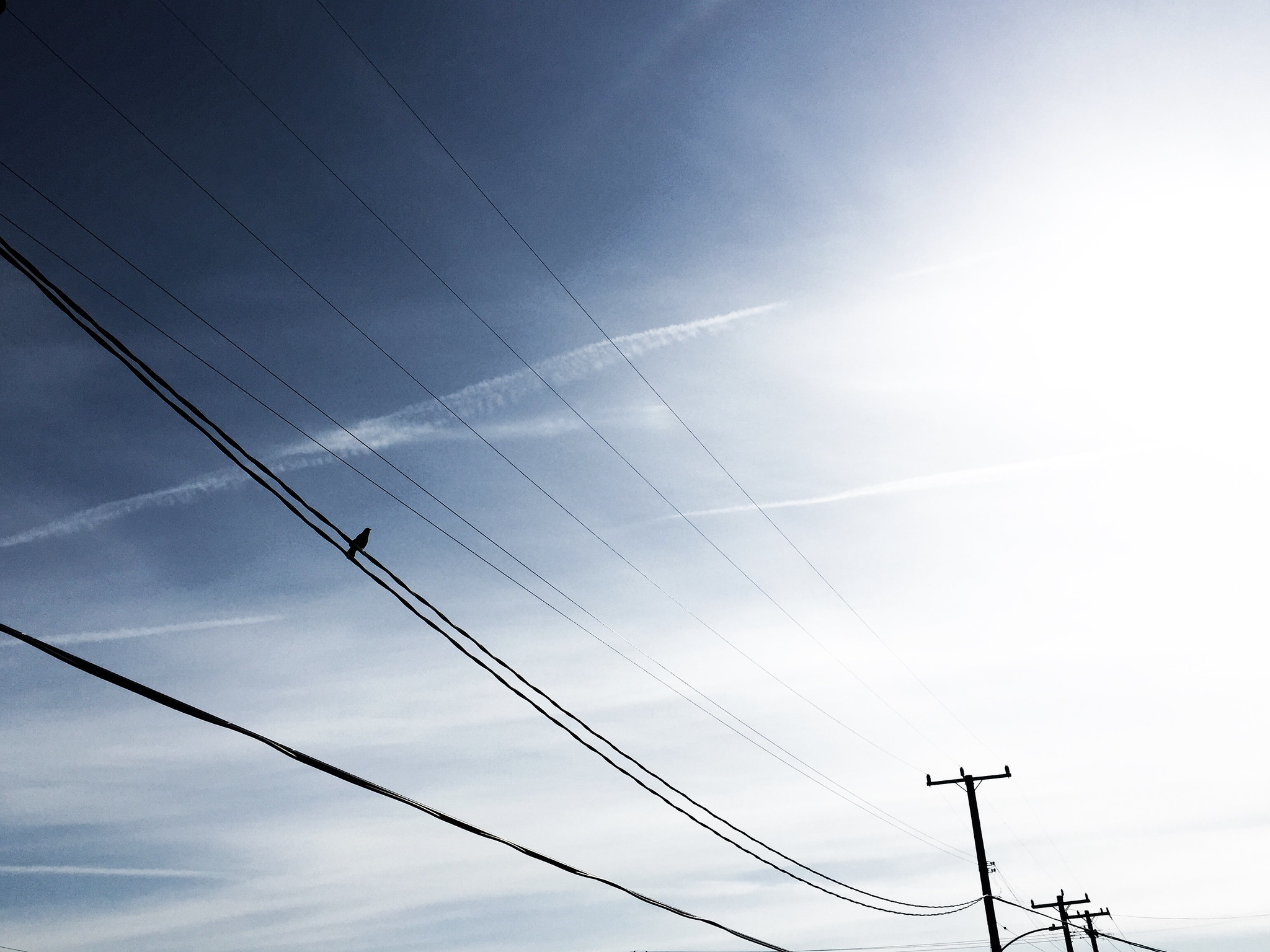 Bob Hunter didn’t need a pandemic, work-from-home mandates, or distance learning initiatives to understand the potential popularity of community broadband. He heard it from Kitsap County government officials every day.

Hunter, the general manager of the Kitsap Public Utility District west of Seattle, sparked a wave of infrastructure improvements years ago to connect local government buildings, public schools, and hospitals with a high-speed digital line.

The work took years. But the response was immediate.

“We have people in the community who have worked in these places who come up to us and say, ‘Hey, how can we get this at home? Because I have shitty DSL, “Hunter recalled. “To be honest, that’s what drove us in that direction.”

In some ways, it also helped move Washington State forward. Signed by Governor Jay Inslee last week, two municipal broadband bills allow local districts to become direct Internet service providers for the first time. In part, these new laws come from the KPUD and Rep. Drew Hansen, the Bainbridge Island legislature who represents the district and sponsored one of the two bills.

BREAKING: Governor Inslee just signed my Public Broadband Act so we have lifted all public broadband restrictions in Washington State !!

Next step: contact your local authorities (utility districts, ports, counties, etc.) and let them know that you want public broadband.

Hunter’s long-term plan, however, isn’t what the telecommunications industry fears: the transition from the private, for-profit industry to a public utility. He wants to do for local broadband what the transport departments did for haulage companies: we will build the roads and you will make your money with it.

“I believe in open access networks,” he said. “As a utility company, we are excellent at infrastructure. It is what we do. And they are great at turning the internet into a business. So why not involve broadband companies? “

Effective July 1, Hansen’s HB1336 gives public utilities, counties, cities and ports the legal authority to provide retail broadband services to subscribers in the same way that a private company such as Comcast does.

In essence, Hansen’s bill gives local authorities legal authority to become internet service providers. In addition, the municipalities are allowed to provide services both inside and outside the district boundaries.

Before it was signed by the governor, Washington was one of the few states that prohibited municipalities from offering broadband access directly to customers. The state’s drive to allow municipal broadband is in line with the Biden government’s drive to increase federal spending on a variety of broadband initiatives, including expanding access and lowering monthly costs.

Large telecommunications companies have long spoken out against the expansion of the public broadband network at the state and federal level because they see the government and its access to taxpayers’ money as unfairly competitive with private companies. Additionally, they argue that broadband speed, access, and cost are fine.

Conversely, many local broadband customers, like those within the KPUD served by Century Link, saw nothing worth protecting from slow download speeds, erratic service, and high costs.

Even so, KPUD’s Hunter did not want to take ownership of an entire system. He knows, like many people who pursue community broadband efforts, that publicly managed broadband systems don’t always work as the public hoped.

His plan for Kitsap County is an extension of what the district is already doing: run all areas of fiber optic cable and open the system for ISPs to use.

Four years before the legislation, Kitsap PUD had funded a project to connect some of its existing pipelines to public buildings and expand them to many residential buildings. Since state law at the time prevented the utility from selling these feeds directly to customers, it set up an open access network, which meant that ISPs could rent space on the lines and then, in turn, bill broadband services to customers.

Currently, Kitsap County customers can choose from five ISPs. “Our entire model has been to let the PUDs build the infrastructure – that’s what we’re good at – and let the individuals compete on price and service over our network,” said Hunter.

And that worked fine, Hunter thought, until Pomeroy’s Republican representative Mary Dye came up to him and said, “I love your model, but isn’t it just broadband for the rich?”

Hunter was surprised. He agreed that it was broadband for those who could afford it. The PUD could not legally subsidize homeowner costs. Reality began to bother him.

“Ultimately, that was a true statement from (Dye),” Hunter said.

As a result, the KPUD sought federal grants to subsidize costs for people who could not afford access. It was then that district officials learned of the major limitation of the Federal Communications Commission-administered funding program: Money could only go to Internet service providers with a “retail relationship with the end user” – exactly what Washington state law prohibited boroughs from doing to have.

That limit didn’t make it to the top of the fix-it list until exactly one year later. Then the pandemic hit. Administrators began closing schools and switching to distance learning. Many children either lacked internet service in their neighborhood or their families simply couldn’t afford it. The cracks in the system expanded into ravines. 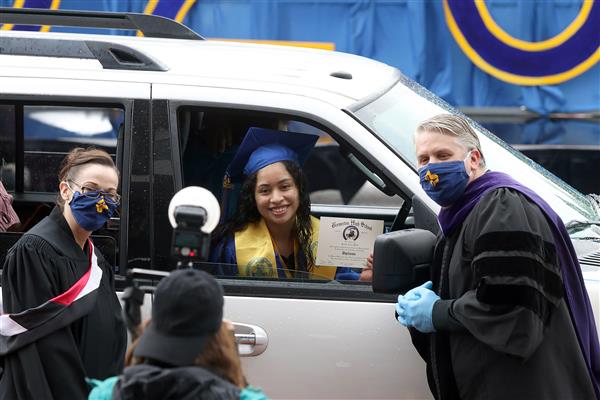 Hunter recalled KPUD’s February 2020 emergency meeting with the Kitsap County’s five school districts. “We asked her, what can we do to help?”

Aaron Leavell, Superintendent of the Bremerton School District, answered. His borough’s problem wasn’t so much access. It was about affordability.

“When the pandemic hit,” Leavell said in a recent interview, “it really exposed the lack of access to the Internet.” This is a basic human need. “

At the national level, education experts say a good indicator of a possible lack of adequate internet access is when students are enrolled in free and inexpensive lunchtime programs. In the Bremerton School District, 2,781 out of 4,316 students took advantage of such meal plans last year, or 64%.

When schools closed, the need for better internet access quickly became apparent, Leavell said. “We had to do something immediately.” Triage was delivered to 510 local households in the form of cellular hotspots. However, a longer-term solution was needed, especially in the far-flung rural communities of the county with no cables and limited cellular network signals.

Rep. Hansen, who also attended this meeting with the districts, realized that the longer-term solution was to lift the state restrictions on the municipalities so that the network could be expanded beyond what was most easily profitable. By giving the various districts the right to bill customers directly, low-income families could receive potential subsidies of hundreds of millions.

We feel like everyone wins.Hunter, who worked with Angela Bennink, the telecommunications manager at KPUD, came up with a new idea to both receive the subsidies and provide open access.

The district plans to send the bills for the broadband providers using its fiber optic lines to the customer. In return, the district would bill broadband companies for the actual cost. This gives KPUD access to low-income subsidies and infrastructure subsidies and keeps the private sector involved in creating service packages for customers. In addition, KPUD has the right to compete with or kick ISPs off the network to provide inadequate service or access.

One unusual problem remains, however.

In other words, it could prevent municipal service providers from offering services when an existing – and possibly insufficient – internet service already exists. Hansen, who is an attorney, said the bills have been tweaked to be compatible and that together they will expand choice and service to consumers.

Leavell of the Bremerton School District certainly hopes so. He said one of the silver linings of the pandemic was that it appeared to alert the public that access to the internet was of similar importance to access to water and electricity. He said the administrators in his district knew that Internet service was not continuously available among students.

“We always knew this was a problem,” he said. “But other everyday things, immediate needs, have pushed that priority aside. We never got it going. “

Then the pandemic happened, he said, “and priority lists were finally rewritten.”