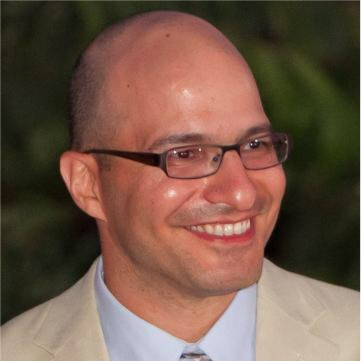 Hadi Partovi, CEO and Founder of Code.org. (Photo via LinkedIn)

Code.org founder Hadi Partovi and his twin brother were only 6 years old during the Iranian Revolution when the Grand Ayatollah Ruhollah Khomeini took control of his homeland.

The revolution took place more than 40 years ago, but the fear, violence and turmoil of this event have been reminded Partovi as Afghans now desperately try to flee their homeland after the US evacuated and taken over by the Taliban .

In a multi-part tweet, Partovi shared his family’s story after Khomeini’s takeover, Saddam Hussein’s invasion of Iran, his life in Tehran during the Iran-Iraq war, and his immigration to the United States six years after the revolution. Partovi’s father was a university physicist, and before his life was “turned upside down,” his mother was a systems analyst and his extended family included successful entrepreneurs.

When I think of the children in Afghanistan today I wonder how many millions are having the same experience as mine, and I wonder if any of them will have the chance to reach their full potential. Talent is everywhere, but there are no opportunities.

“As an Iranian-American immigrant, I lived the American dream – start poor, go to the best schools, study computer science, start or invest in successful businesses, and now run a nonprofit that helps schools and students “, Partovi tweeted on Sunday.

In addition to founding Bellevue, Washington, Code.org, a nonprofit promoting computer science education, Partovi is a former Microsoft executive and investor in companies like Facebook, DropBox, airbnb, and Uber.

“As the world watches the same ancient story unfold in Afghanistan, I hope we can all remember the immeasurable cost of war,” he tweeted, “not just through lives destroyed, but the opportunity that Taken to children everywhere. ”