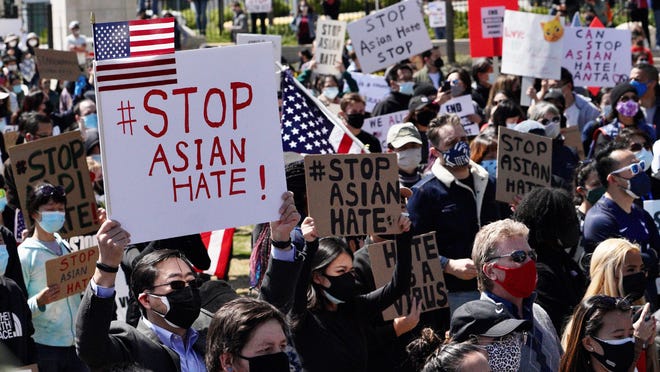 Attacks on the Asian-American community have not slowed down in 2021, despite heightened national awareness and policies against anti-Asian hatred, a new report released Thursday shows.

“Our data clearly shows that Asian Americans continue to be attacked across the country and that the hate incidents we have been tracking since March 2020 are not going away,” said Manjusha Kulkarni, co-founder of Stop AAPI Hate and executive director of the Council on Policy and Management Planning in the Asia-Pacific region said in a press release.

Who decides what racism, hate is?The Atlanta shootings renew the debate about white violence and privilege

Several factors contributed to the data, from an increase in incidents to a greater desire to report, Kulkarni told the Associated Press. As the economy has opened further in recent months, it has meant more public interactions and opportunities for attack, she said. Also, coverage typically spikes after a high profile incident like the March 16 spa shootings in the Atlanta area that killed six Asian women.

“When you encourage hatred, it’s not like a genie that you can pull out and push back in whenever you want,” Kulkarni told AP. “There is too much to perpetuate these belief systems to make them go away.”

The spike in anti-Asian violence was first reported in March 2020 when COVID-19 spread across the country and some politicians, including former President Donald Trump, blamed China for the pandemic.

Since then, lawmakers have pushed legislation, police authorities have set up task forces and hotlines, and community members have organized demonstrations and neighborhood observation programs.

But “it’s probably not going to wane anytime soon unless we’re very vigilant,” said Van Tran, an associate professor of sociology who studies the experiences of Asian Americans at the Graduate Center at the City University of New York USA TODAY in May. “We still have to create and generate institutional and behavioral changes on a large scale.”