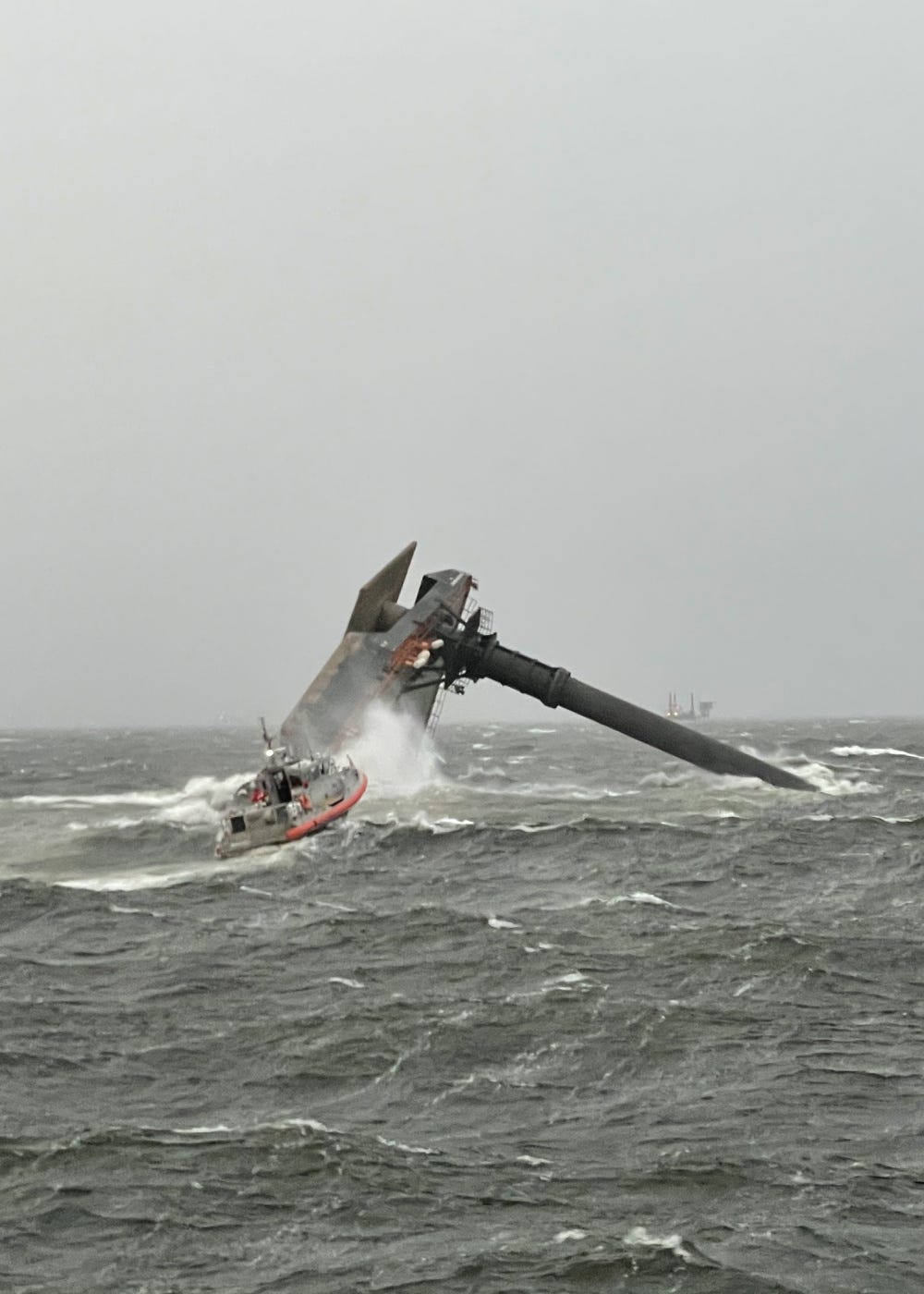 The US Coast Guard rescued six people on Tuesday under severe weather warnings from a capsized commercial lift boat “in the Gulf of Mexico”.

The Coast Guard says the incident occurred south of Grand Isle, Louisiana and other Good Samaritan ships also helped with the rescue.

“The crew of the pre-commissioned Coast Guard cutter, Glenn Harris, a 154-foot fast-response cutter, arrived on site within 30 minutes and rescued one person from the capsized ship,” said a statement. “A 45-foot Response Boat Medium crew from the Grand Isle Coast Guard rescued one other person, and local Good Samaritan vessels rescued four other people from the water.”

Officials did not know how many people were on board the ship, the New York Times reported.

The Times-Picayune reported that the ship is being used for oil and gas exploration and Lafourche Township President Archie Chaisson III confirmed there were 18 people on board before it capsized.

The New Orleans National Meteorological Service office issued special marine warnings in the area on Tuesday. The Center for Operational Oceanographic Products and Services reports that wind gusts of up to 120 km / h occurred there on Tuesday afternoon.

“I pray for everyone on the Grand Isle and in every church in South Louisiana … Please stay safe in the storm,” tweeted US Senator John Kennedy.

Jefferson parish councilor Ricky Templet, whose district is Grand Isle, told The Times-Picayune that several ships were overturned or wrecked on the island.

“We were expecting some winds and possible rains, but nothing is as extensive as the coastal areas of Jefferson Parish,” Templet said, according to the newspaper.