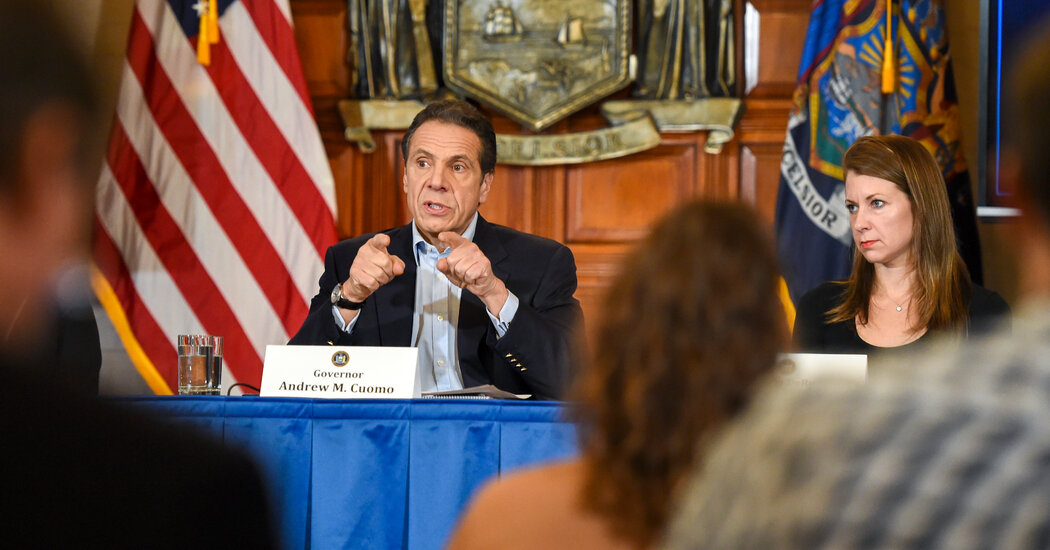 State health officials learned from the data that significant numbers of residents died after being rushed to hospitals. The State Health Commissioner, Dr. Howard Zucker, had already known in June that officials in his department believed the data was good enough to be included in the report, said two people with knowledge of the discussions.

But dr. Zucker told lawmakers at the beginning of August that the department was still checking the figures and could not publish them. State Senator Gustavo Rivera, the chair of the health committee, suggested during the hearing that the data be withheld to improve the governor’s image.

“That’s a problem, brother,” said Mr. Rivera to Dr. Sugar. “It seems, sir, on this one, you are choosing to define it differently so that you can look better.”

In a statement released Thursday, Health Department spokesman Gary Holmes reiterated Ms. Garvey’s words and denied that the numbers were ready in time for the report. He said they had not changed their conclusions regardless.

Dr. Eleanor Adams was the Department of Health’s head of the report, but her draft was radically rewritten by Mr. Malatras, who is now the State University of New York’s system chancellor. He was among a number of officials and former advisers temporarily hired by Mr Cuomo to help respond to the pandemic.

The back and forth went well beyond the usual governor’s office process of proposing changes to an agency report and became “intense” at times, according to two people who knew about the discussions.

Health officials believed the governor’s office, whose opinion was conveyed by Mr. Malatras, was trying to oversimplify. They feared that it would no longer be a true scientific report, but feared for their work if they did not participate.