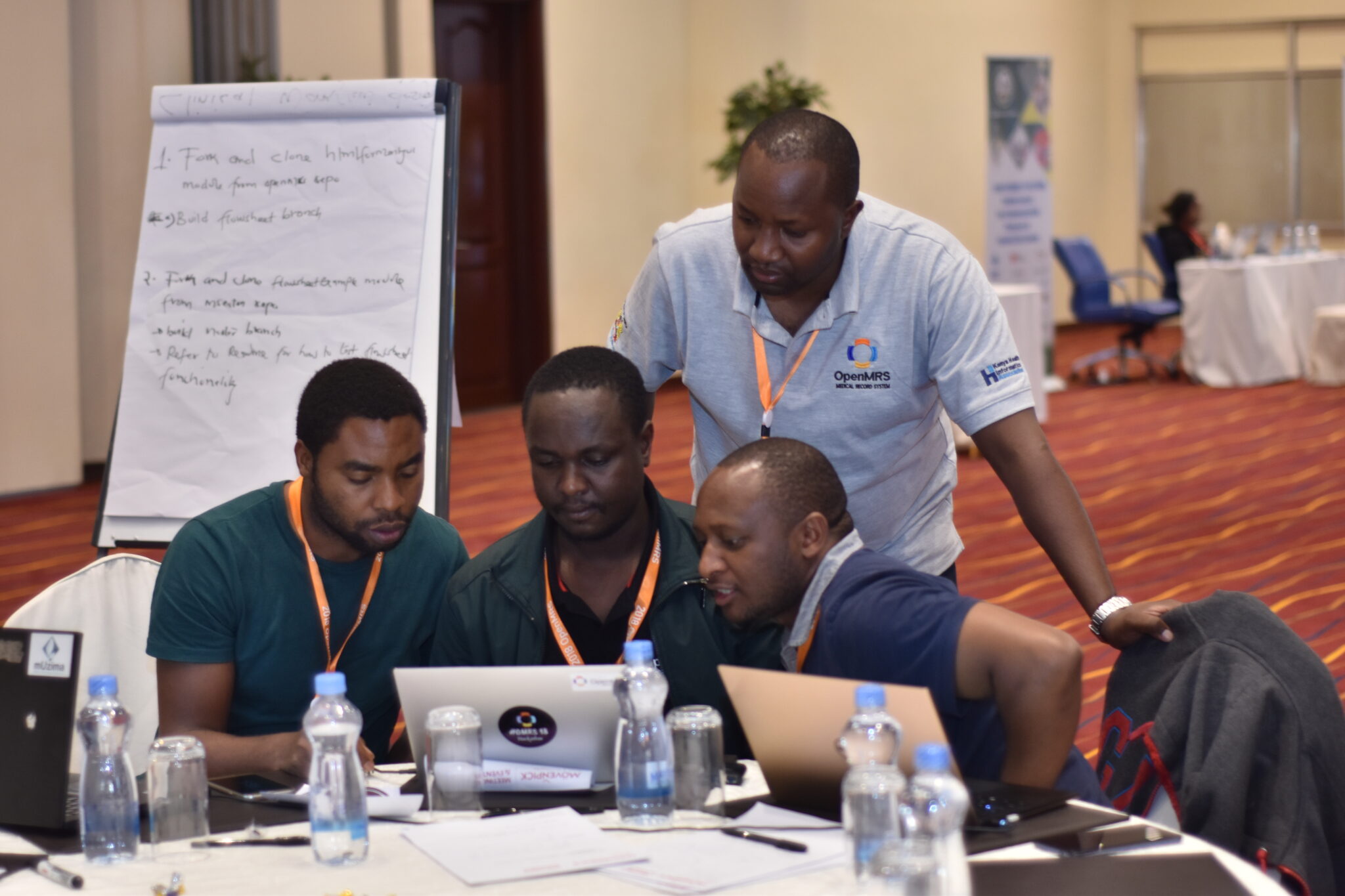 Consider the difficulties many of us face when we need medical procedures, tests, or referrals. Now imagine that you live in a developing country where these challenges can be considerably greater.

For example, a critical blood test may mean getting an informal slip to take to a lab somewhere across town. After traveling two hours, wait another three hours for your blood drawn and then be asked to return two days later to get the results. When you return, collect the handwritten results, which you must send back to your referring doctor two hours away. There are of course many points at which the lines of communication could break down.

Unfortunately, such challenges have long been a reality in many parts of the world. This is mainly due to the cost and other requirements of establishing standardized electronic health records that can be reliably and safely used by practitioners in low-income developing countries.

This was one of the reasons for OpenMRS, an open source medical records system introduced in 2004 to improve healthcare in resource constrained environments. The program is supported by funds from the Gates Foundation under the PATH Digital Square Funding Program. US Centers for Disease Control; Mozilla Foundation; Pineapple fund; Rockefeller Foundation; and other.

The project was originally designed as a way to improve existing record keeping systems for managing critical health initiatives in developing countries. The program has since grown to become the world’s largest open source digital health community and is supported by institutes and teams from around the world.

OpenMRS was originally started to support a clinical care and treatment project in Kenya called AMPATH, an academic model for the prevention and treatment of HIV / AID. The group was founded by Paul Biondich and Burke Mamlin of the Regenstrief Institute at Indiana University. Hamish Fraser of Partners in Health; and Chris Seebregts from JEMBI Health Systems in South Africa.

“It was modeled in a way that made specific sense of global health, so people in other resource-poor settings began to adopt it,” said Jan Flowers, chairman of the board of directors of OpenMRS. 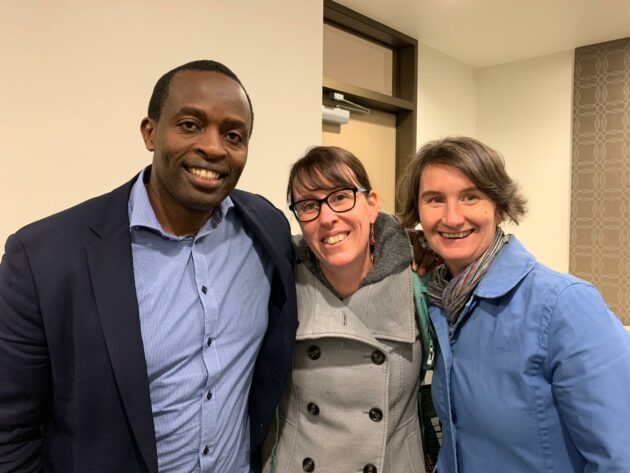 Left to right: Steve Wanyee, OpenMRS board member and founder and director of IntelliSOFT in Kenya; Jan Flowers, Chairman of the Board of Directors of OpenMRS; and Jennifer Antilla, Community Director at OpenMRS.

Flowers is also co-director and founder of the faculty with Dr. Nancy Puttkammer from DIGI (Digital Initiatives Group at I-TECH), the global center for health informatics at the University of Washington. Over the years Flowers has been involved in national health informatics projects in Mozambique, Kenya, Ivory Coast, Haiti, Vietnam and Namibia.

Today OpenMRS has been installed in more than 6,520 health clinics serving 12.6 million patients in 40 countries. Those numbers are even more impressive when you consider how big the difference is between health systems around the world. Beyond the question of the local language, medical terminology, laboratory test results, billing codes, and local government requirements can vary widely. This requires a system that is highly customizable.

OpenMRS achieves this through its modular structure, the use of so-called standard concept dictionaries and an Open Concept Lab, which enables further customization. In this way, each on-site installation can standardize its different concepts and medical terms to meet local requirements without having to change the core code or the back-end structure of the program.

Ultimately, the main goal is to enable better and more efficient healthcare around the world, a goal that was a great inspiration for the open source component of the project.

While the OpenMRS software enables all of this in principle, the organization does not generally carry out the clinic installations itself. Instead, they generally work with other organizations like DIGI to support ministries of health that want to use OpenMRS.

The managing partner then works with developers and implementers in the country in which the installation site is located. This allows the software to be adapted and contextualized on site. This is important because each country’s Ministry of Health has different regulations, different governance, different languages, and different data collection elements to monitor and measure. 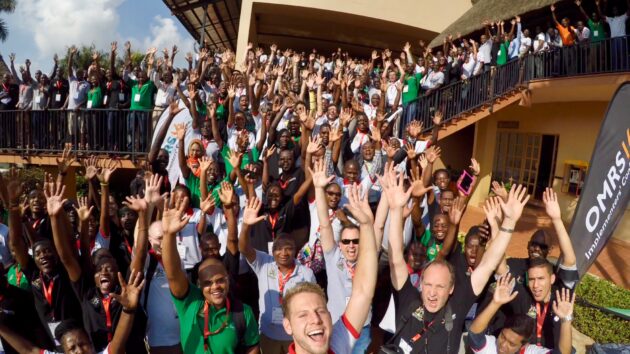 From the OpenMRS Implementers Conference 2016 in Uganda.

All of this has to be thought through with those who will actually work with the system. This often means training local developers and IT professionals, honing their skills, and building the available talent pool that can later be used for other types of projects.

“At OpenMRS, we are really committed to equality and making sure people feel the same and that we are all the same age,” said Flowers. “Part of our mission is therefore to equip these ministries and organizations with the skills and systems they need to own and maintain the systems themselves in the long term.”

In addition, the project connects end users with an open source community that has grown to approximately 5,000 members and has 75 to 100 key developers who are consistently active in the core activities of the software.

The OpenMRS community has even expanded to include Google’s Summer of Code (GSoC), which has been involved in the project for several years. The people who come through GSoC or are just interested in contributing to the community as developers or software engineers are supported by the OpenMRS scholarship program. This program provides mentoring to bridge the gap between the progression of people with GSoC and the more advanced skills OpenMRS implementers need. This enables them to move up from junior to mid-level developer and eventually become the OpenMRS gurus who actually do on-site implementations.

The program’s success in developing countries has been extensive, benefiting patients, facilities, technical ecosystems and communities. It also shows the benefits of electronic record keeping.

For example, Haiti has been using OpenMRS nationwide for its HIV program for many years. When the COVID outbreak hit in 2020, they found from their records that problems related to COVID were actually disrupting HIV treatment for many patients. This type of disorder can have a huge impact and without good record management they would not have been able to determine if people were up and taking their treatments. Better file management enabled case studies to be conducted to ensure that patients did not become infectious and contribute to new infections.

Seventeen years ago, nobody could have imagined the impact this software project would one day have. Literally millions of lives have been improved and made healthier through this single idea and the dedication of a talented community that wants to make the world a better place by coding for the good.