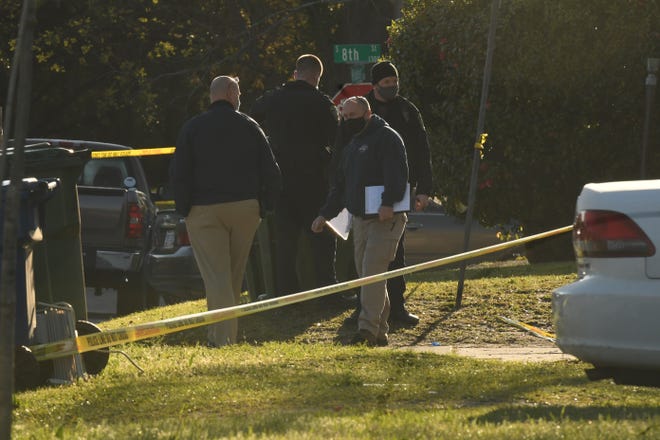 WILMINGTON, NC – Three people are dead and four others were injured in mass shootings in Wilmington shortly after midnight. Gunfire broke out at a house party, according to the Wilmington Police Department.

The names of the deceased have not yet been published. The injured were taken to the New Hanover Regional Medical Center for treatment.

Police have no suspect and the party’s circumstances and possible motives are still being investigated, said Jessica Williams, information officer. However, officials do not believe there is any continuing threat to the public.

“This probably wasn’t a random shooting so we don’t believe it,” said Shef.

“Our hearts go out to everyone affected by this senseless violence, and we ask anyone with information about this incident to come forward so we can find justice,” said Williams.

On Saturday morning, a family member connected to one of the victims arrived to plant flowers on the door where the shooting took place. Police tape was removed from the scene.

“Last night was one of the worst nights we had in this city,” New Hanover and Pender District Attorney Ben David said in a video. “I cannot imagine the loss and suffering of these families.” and the grief we all feel must be met with the same obligation to do justice to the victims in this case. “

The incident came after three high-profile mass shootings in less than three weeks in the United States. Four victims who were locked in an office building died in southern California on Wednesday when a shooter opened fire. Just a week earlier, a gunman in Boulder, Colorado killed 10 people in a supermarket. The previous week, a gunman in the Atlanta area killed eight people, most of them women of Asian descent, in three spas.