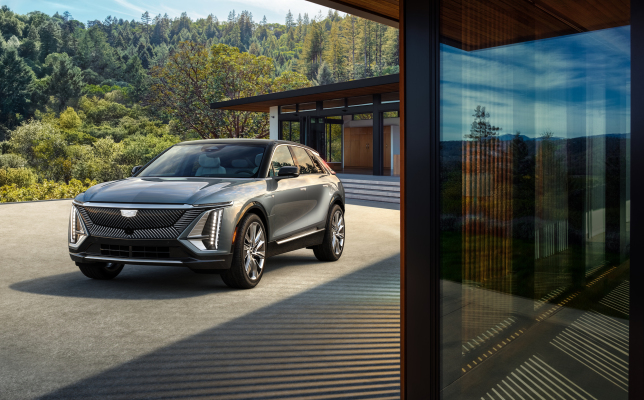 General Motors Co. has again increased the amount it plans to spend on investing in electric and autonomous vehicles, announcing on Wednesday that it will spend $ 35 billion by 2025 – an increase of $ 8 billion from its November 2020 plan announced previous plan.

The company has set itself the goal of bringing 30 new electric vehicles onto the world market by 2025 and becoming completely emission-free by 2035. With the new investment, GM wants to expand its North American plan to include new electric commercial vehicles. and to build up additional US assembly capacities for electric SUVs.

In addition to building up a large portfolio of new electric models, the automaker is pursuing a multi-pronged approach to leading the EV revolution: As part of its joint venture with LG Chem, called Ultium Cells, it is also investing in two new battery cell plants GMBH; and it has invested funds in Cruise, its autonomous driving division, which it bought as a majority owner in 2016.

The news came a day after Cruise announced it had drawn on a $ 5 billion line of credit from the OEM’s financial arm to prepare for commercialization of its Origin electric and autonomous vehicle. Commercial production of the Origin is slated to begin in 2023.

GM also manufactures hydrogen fuel cells as part of its joint HYDROTEC initiative with Honda. It confirmed on Wednesday that it will bring the third generation HYDROTEC cells to market by the middle of the decade. The automaker has partnership agreements with heavy-duty truck developer Navistar and Liebherr-Aerospace, which develop hydrogen fuel cell propulsion systems for aircraft.

The company also said yesterday that it will supply fuel cells and EV batteries to Wabtec Corporation, a Pittsburgh-based company developing the world’s first battery locomotive.

“GM is targeting annual global EV sales of more than 1 million EV sales by 2025, and we are increasing investments to scale faster as we see momentum for electrification in the US along with customer demand for our product portfolio,” CEO Mary Barra said in a statement on Wednesday.

Ford announced a similar surge in investment in electric vehicles last month when it said it would invest $ 30 billion by 2025, up from $ 22 billion by 2023.