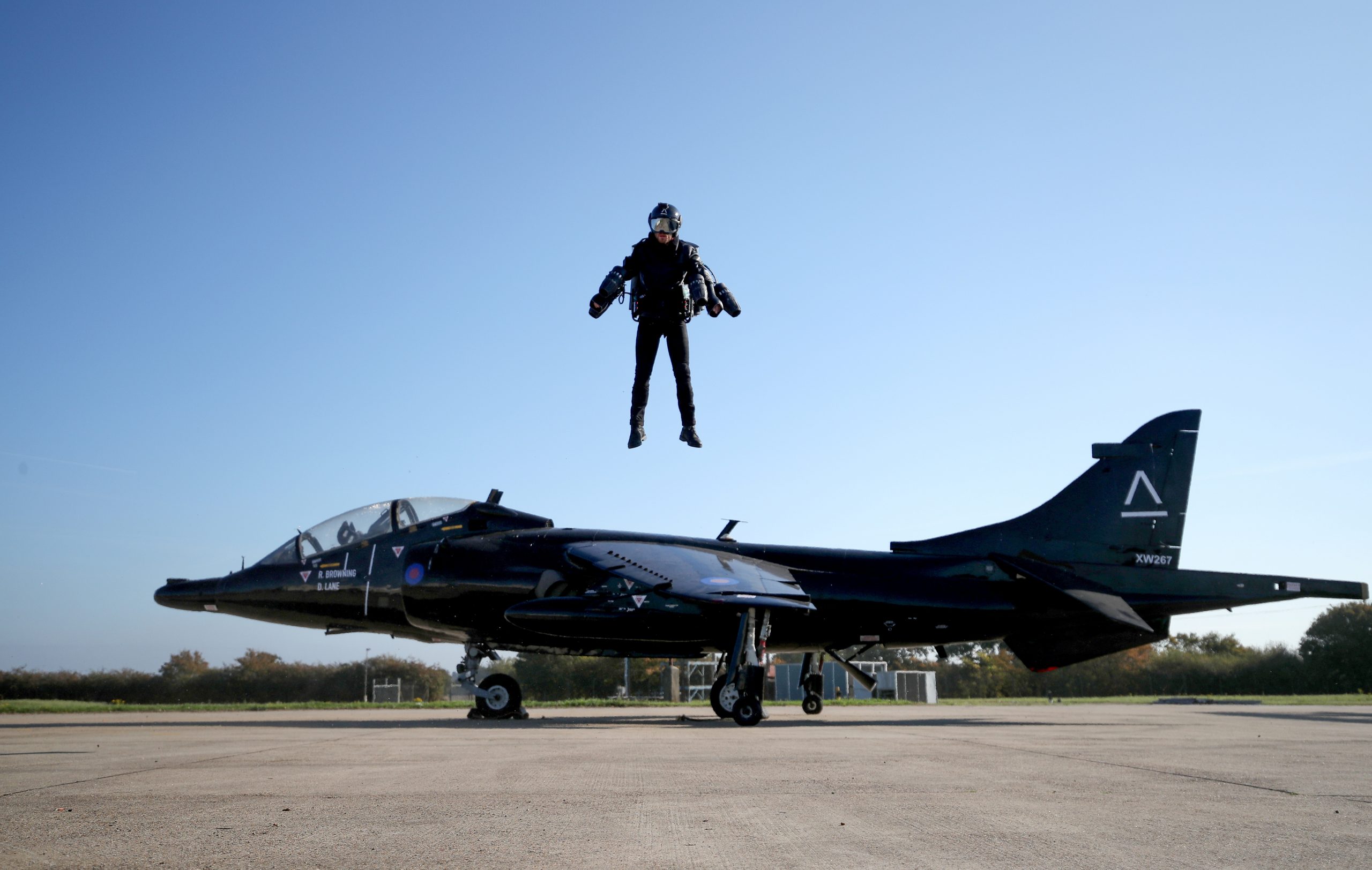 The 21st century has promised us flying cars, but when we get personal missile packages, who should we complain about? In Take on Gravity, pilot Richard Browning talks about the development of his unique jet suit, from a fantastic idea to an actual invention. In the following excerpt, Browning recalls the record flight in 2017 that put his name on the Guinness Book of Records. 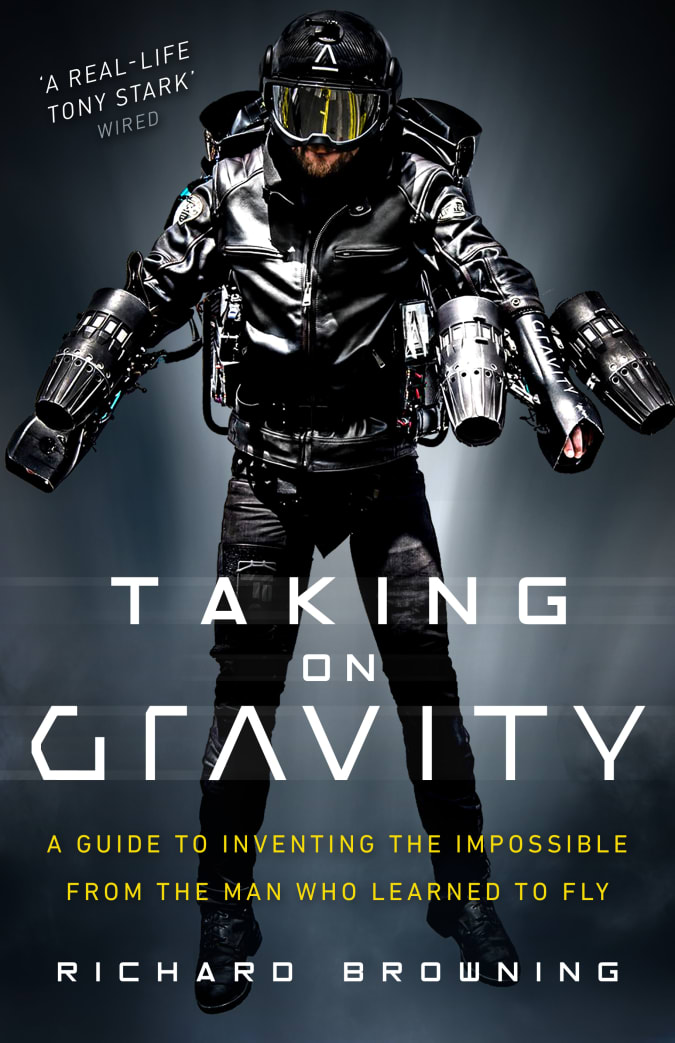 Assuming Gravity: A Guide to Inventing the Impossible from the Man Who Learned To Fly by Richard Browning (£ 20.00) is now available.

In November 2017, Guinness wanted me to appear as the main World Records Day event and set a record. Their plan was to have me set a world record for “fastest speed in a body-controlled jet engine suit”. But Guinness also puts some of the more eccentric elements of the world record in the spotlight. In 2015, the focus was on a skateboard dog. A year later, the headlines had been dominated by a bungee jumper who plunged from a great height and dipped a biscuit into a cup of tea while its string taut. Given my concerns about being portrayed as the Doc Emmett Brown guy (the hyperactive creator of Back to the Future), I wasn’t too excited at first. After the Red Bull and Wired commercials, I pedaled hard to avoid associating with terms like “crazy” and “eccentric”.

“It’s not us,” I told the Guinness agent. “Think Tony Stark, Elon Musk, and the US Navy SEALs. We’re not the next skateboard dog. I love the Guinness Book of Records, but it has to be sincere and brave. “

I was assured that Guinness intended to showcase the attempt in earnest and that their desire to have the jet suit at the event was extremely sincere. Apparently they had previously shown high-end performances with brands like Mercedes. In the end I gave in. “Oh shit,” I said. ‘Let us do this. Find a body of water so I can fly safely and try to set a time. ‘

My world record attempt was what it takes to sit in your pants; it became a live research and development exercise. I had no real idea of ​​the speeds that could be achieved with the suit, and I hadn’t given any thought to how best to push the suit’s limits as it would have been quite dangerous over land. When the day finally came it suddenly felt like a pretty big deal. Due to my busy schedule, I had hardly prepared myself and was not sure that I would be able to arrange a suitable flight time. When I reached Lagoona Park in Reading, I was suddenly under the watchful eye of dozens of cameras, drones and smartphones belonging to various members of the Guinness team.

A guy from the Guinness Book of Records pointed out the course I should take. The plan was to fly over the lake from the shore and circling a large buoy at the other end as I approached the turn to return to my original position at the fastest possible speed over a set distance of 100 meters. Since no one had tried this stunt before, my name should be hallowed next to the tallest man in the world, even if I wasn’t flying particularly fast. However, that didn’t stop me from getting interested in the details.

I buckled up my suit and stepped to the water’s edge for a few practice flights. The weather was far from ideal. It was cold and drizzly, it was a typically British November day. And when I got off the floor, another elementary factor came into play. As soon as I picked up speed, I was hit by a violent crosswind and I experienced a distinct and unsettling yaw to the side. Drifting across the water, I reached the corner with some speed, but made it anyway, the likelihood of catastrophic failure was now significantly reduced. Fortunately, my suit came with a life jacket that puffed up the first time it came into contact with water. Fortunately, I didn’t find the time to test the reliability. If I screwed up this world record attempt, I would have to hope that the safety equipment works under pressure.

There was another, even more terrible problem to deal with. On that first test flight, I started with way too much fuel to run a run based on speed rather than distance. I had been deliberately conservative to avoid the engines stopping halfway and dropping me like a rock into the water. But with so much weight on my body, I would never drive a fast time. As the amount of fuel was reduced on the second run, maintaining a constant altitude had become a real problem. As I spun around the buoy, which burned fuel and lost weight every second, I climbed higher and higher, much higher, and I drifted skyward to well over 18 meters, my speed increasing too.

My brain did some quick calculations. ‘Right, I have two problems here,’ I thought. “I’m too high and have to lose speed to land safely, but I can only fix one problem at a time.”

In a split second, with the threat of landing, I reduced my speed and held my position over the beach at one end of the lake while my head spun. I’ve never climbed this height in a suit! A fall would result in serious injury. I gently let go of the trigger and headed for land. My adrenaline soared; I jerked up and down, a life of irrepressible curiosity flashing before my eyes as I gratefully dismounted and nervously reached the floor. The stressful landing had probably only lasted a few seconds, but felt like hours.

One of the Guinness team rushed over and enthusiastically told me that I had measured a speed of 32 miles per hour. I was happy, but it felt faster and I knew I could do better the next run – but maybe after a cup of tea.

About twenty minutes later, I rewound again, this time with the tightening force adjusted to reduce unwanted pickup. I took off aggressively and shot out of knots with what felt like speed and slid deep over the water. The marker buoy loomed up and I turned hard to one side to make a quick turn, barely realizing that I had crashed dangerously near the surface of the lake. I was only a few feet from the water now and my size was decreasing. Then I felt the uncomfortable feeling of wet feet.

My body and suit went into hiding. The engines choked and immediately stopped when they went down. I hung in the water for a second or so. ‘Well this is new,’ I thought. ‘How do I get out of there?’

With a bang, the life jacket unfolded and pulled me up until I realized, somewhat embarrassingly, that I had landed only 4 feet in the water and could stand up perfectly without the help of a self-inflating life jacket or the jet ski that was racing towards me. I stood dripping wet by the water, posed for the book’s official photographer with my thumbs up, was happy about the world record and brooded at the same time.