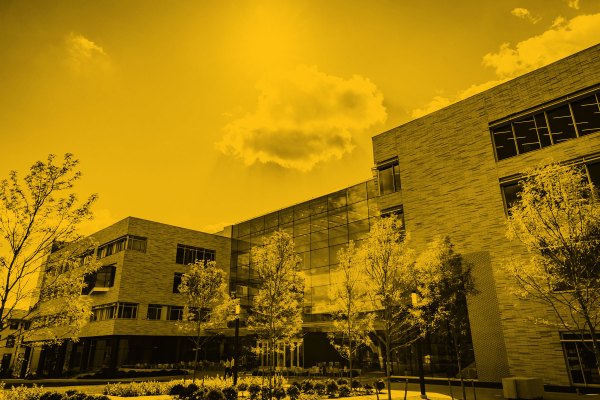 The math is simple: Big research universities produce great startups. Pittsburgh certainly has little shortage of the former, with two world-class research schools – Carnegie Mellon University and the University of Pittsburgh – in the city.

The latter has posed a challenge to Pittsburgh in the past as local startups often headed to the greener (in dollar terms) pastures of vibrant ecosystems like New York and San Francisco.

After talking to current Mayor Bill Peduto about how Pittsburgh is working on building its own startup community, I called Dave Mawhinney, executive director of the CMU’s Swartz Center for Entrepreneurship. The center – named after Accel founder Jim Swartz – has the task of promoting the entrepreneurial ambitions of the student body.

This interview is part of TechCrunch’s City Spotlight on Pittsburgh. Join the free online event on Tuesday June 29th, which will be attended by Mayor Peduto, Karin Tsai, director of engineering at Duolingo, and Carnegie Mellon University president Farnam Jahanian. Register here for the free event.

TechCrunch: Can you give me a quick look at how the CMU has developed startups over the years?

Dave Mawhinney: First of all, I’m a CMU alum – and I’m not your typical academic. I had a 30-year entrepreneurship and venture capital career before returning to Carnegie Mellon a decade ago to catch up with Stanford, MIT, Berkeley, Harvard, and other major corporate universities[…] When I came back to CMU in 2011 and 2012, there were several different activities going on on campus that were pretty isolated.

You can develop a truly breakthrough technology, but that doesn’t necessarily mean you will be able to market it yourself to create an effective business plan. How firmly anchored in the CMU curriculum? And how much cross-pollination is there between the different departments?

There is a sign on our front door that reads “The ideal startup team is hackers, hustlers, designers”. The hackers are the technical people, the hustlers are the people willing to do business, talk to partners. And I think designers are absolutely crucial because they are the glue that holds everything together. They make the products and services usable. It’s really in our DNA and how we conduct our training in the four-credit classes or how we conduct our workshops outside of the classroom, this concept of Design Thinking, really getting to know your customers and solving real problems that make them your willingness to pay is critical to getting the company off to the right start.

We also believe very much in the mentoring model so that all of our startups are assigned mentors who come from the general background of the business they are entering. And then we have a list of several hundred experts, from legal experts, accounting experts, marketing experts, manufacturing experts – every kind of expertise you can think of that our teams can reach and use to answer questions and get you in the right direction put.

What kind of review is there on the university side? Does a startup have to cross a certain threshold to gain access to all of these opportunities?

Everyone is welcome. Our doors are open to everyone, but there are a few steps. When you sign up to work at the Swartz Center, you can go to a first come, first served table. Typically 20 of these tables are available at any one time. The teams that show commitment, participate in our programs, show up daily and weekly and make progress, they get their own table where they can put their branding on the table and keep their equipment there. And the teams that make the most progress in the end have customers and may have raised a pre-seed or seed round, they get their own office. We have ten of them, called “startup garages”. We’ve built in a bit of meritocracy, but it’s open to everyone. The truth is the founding teams, the entrepreneurs, they have to make it. We won’t spoon feed you.

As with many other schools that are outside of the major metropolitan areas, I assume there is a lot of migration to different markets.

That was historically correct, but it has changed. The groundbreaking event really was when Google opened an office in Pittsburgh in 2006. You have over 1,000 employees. Every big tech company – Amazon, Facebook, Apple – has hundreds of engineers embedded in our community, so we’re growing really fast. Artificial intelligence was invented at Carnegie Mellon – and it triggered the robot revolution […] We are now the center of the automated vehicle community. Aurora is here, Argo is here, Aptiv is here. We have a very lively community and would like to expand it further.

But one of the challenges is getting that capital into the community. If you look at how much Uber brought in ATG, how much Argo AI and Aurora – put together, these three companies, all of which have licensed CMU technologies, all have over $ 7 billion in joint capital. Not all of it is posted here, but a large part of it is posted here. But that doesn’t necessarily boil down to the next AI startup raising its first $ 3 million. So we need to keep this connection with the money centers in the Bay Area and New York to make sure our startups get funded.