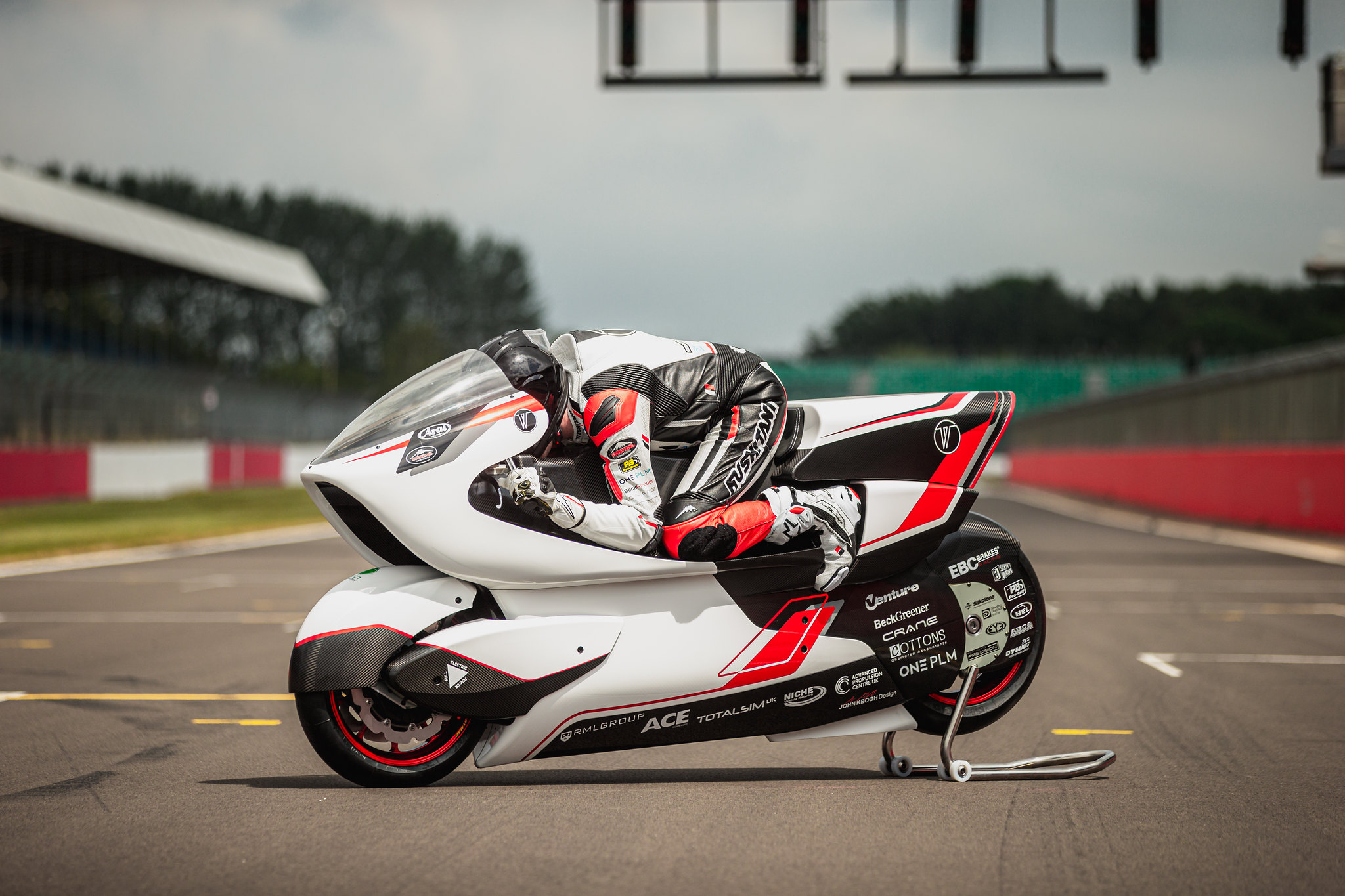 Thanks to fast charging models with a range of up to 300 kilometers in the city, electric motorcycles now offer a practical alternative to their counterparts with combustion engines. But a little-known British company wants to make future electric motorcycles much faster. To get there, White Motorcycle Concepts built a unique prototype that is claimed to break a land speed record. The current record holder, former world champion Max Biaggi, drove a Voxan Wattman at a top speed of 254 mph over two runs in opposite directions over an air mile that averaged 228 mph.

As the name of the WMC250EV suggests, it could significantly exceed this speed. A quick look at the concept immediately reveals why it stands out: the wheel has a hole that runs from front to back. This duct system, dubbed “V-Air”, makes it the “most aerodynamically efficient motorcycle in the world” according to the manufacturer. By forcing air through the center of the bike instead of around it, the WMC250EV reduces drag by up to 70 percent – values ​​tested at Horiba MIRA’s UK facility.

Gutting the top of its motorcycle meant the company had to be more creative with the rest of the design as well. The electric drive train and battery packs are crammed in the lower half. It also uses a double swing arm suspension system. The rear wheel is driven by two 30 kW electric motors, while two 20 kW motors drive the front wheel. Together, according to Top Gear, they deliver a total of 100 kW or 134 hp.

Although the plan is to eventually bring the technology to the masses, this particular concept is entirely tailored to its driver Rob White. As a motorsport veteran with positions in Formula 1, Le Mans prototype, V8 supercar and World Endurance Championship racing teams, White had his silhouette laser scanned to build the body of the motorcycle.

The technology is now being put to the test with an attempt at the UK’s semi-streamlined electric motorcycle record later this year, followed by the world record in 2022. White believes speeds in excess of 250 mph can be achieved.