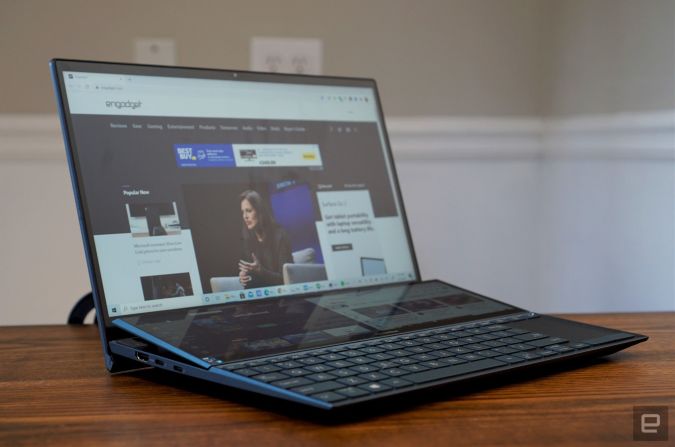 The post-CES period can be slow for technical reviews, but this week we got to testing updated devices from ASUS and Nikon. ASUS recently introduced the second version of the ZenBook Duo, which features a redesigned dual screen and software that takes advantage of the unique design. We also spent time with Nikon’s Z7 II, the successor to the Z7. This newer shooter has improved some core features like battery life and auto focus, and features 4K 60p video and 5-axis stabilization.

Devindra Hardawar was delighted with the upgrades ASUS made to the second iteration of its ZenBook Duo laptop. The 2021 model received a performance boost, a sloping, angled second screen, and a software overhaul that makes better use of both displays. The new notebook has both a 14-inch main screen with a resolution of 1920 x 1080 and a 12.6-inch ScreenPad Plus, which is located directly above the keyboard. The ScreenPad Plus lifts slightly when the laptop is opened, and Devindra found it most useful to be able to run apps like YouTube or Spotify in the background while working on the main screen.

There is a tradeoff with this feature, however – the cramped keyboard and trackpad. While Devindra felt the keys had a fair amount of movement and feedback, the keyboard felt awkward without a palm rest, and the trackpad felt slid to the right, with little room for multi-touch gestures. With an 11th generation Intel Tiger Lake processor, more powerful integrated graphics, up to 32 GB of RAM, a better selection of ports, and a lower starting price of $ 999, we still awarded the notebook the Best of CES award . 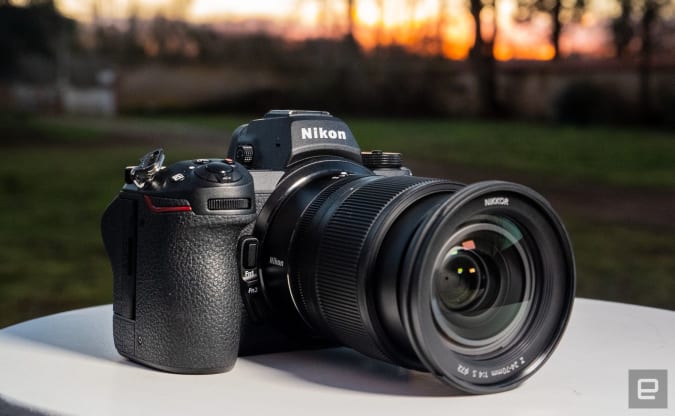 Similarly, Steve Dent found worthwhile improvements in Nikon’s Z7 II. As the successor to the Z7, this camera offers better autofocus, 4K 60p video, 5-axis stabilization, longer battery life, and good image quality. Steve also liked the sturdy build, and said the Z7 II was “a tank” and was comfortable taking it anywhere. At $ 3,000, it’s also on the lower end of the price bracket for a high-resolution full-frame mirrorless camera.

However, the improved Z7 II is lacking in some areas compared to its rivals. It doesn’t support 10-bit internal video recording, has a low-resolution EVF, medium recording speeds, and a display that is just tilted. Steve felt that it couldn’t compete with the Sony A7R IV in terms of resolution, image quality or recording speed, nor could it compete with the Canon EOS R5 in terms of auto focus and video functions. But the Z7 II is affordable – it’s significantly cheaper than the other two models, yet still delivers sharp images, nice colors, and works well in a variety of photo situations.